Richard Elige Womack of Farmersville, Calif., passed away peacefully with family on Aug. 7, 2020 from natural causes at Kaweah Delta Medical Center in Visalia, Calif. Richard was the youngest child of William and Annie Womack born March 25, 1937 in Story, Ark.

The family soon moved to California where Richard spent most of his childhood. It was here that he met and married the love of his life Bonita “Yvonne” Petty on March 27, 1964. Their marriage was blessed with much happiness as well as two children Richard “Darrin” Womack and Heather Sue Fisher. 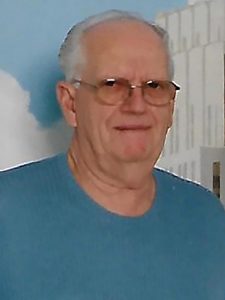 Richard worked for Sequoia Pacific Paper Company for 30 years where he performed his duties as a machine operator. He enjoyed hunting, fishing, camping and was a lifetime member of the NRA. He always had a good story to tell you no matter if you were sitting around a campfire or on the couch at home. He also enjoyed wood working and being a handyman to anyone in need. He enjoyed coaching and had coached Pee-Wee and Little League baseball for several years for the City of Farmersville.

Richard is survived by his wife of 56 years, Yvonne Womack, his son Darrin Womack (Michelle) of Minnesota, his daughter Heather Fisher (Danny Jr.) of Visalia, his grandchildren Ethan and Bridget Womack and many in-laws, nephews, nieces and grand nieces and nephews. Richard is preceded in death by his parents, his sister Ruby Harlan and brothers Victor and Kenneth Womack.

The funeral services will be grave side at 10 a.m. on Aug. 17, 2020 at the Exeter District Cemetery. Funeral arrangements are being handled by Evans Miller Guinn Exeter Chapel. Condolences may be sent to the family at www.evansmillerguinnchapel.com. Services entrusted to Evans Miller Guinn Chapel in Exeter, Calif.