Shirley Ione Dailey of Exeter Calif., died unexpectedly, yet peacefully, on Monday, Sept. 28. She was 73 years old. The cause of death was deemed heart-related, but the family holds a sneaking suspicion that the Biden/Trump Debate scheduled for the Oct. 29 was going to be a crazy one (and she was right!), and God called her home so He could watch it with her. 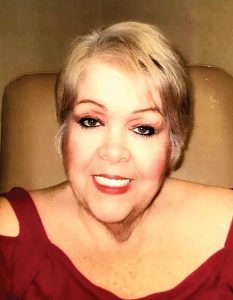 Shirley was born in Oroville, Calif. on June 19, 1947 to Ministers John and Berdine Jackson. The majority of her life was as a Preacher’s Kid, so she did what most PK’s would do: become a rebellious hippy who loved Jesus. She also loved Ozzy and Black Sabbath, Hendrix, Elvis, Alan Jackson, and ANY SONG that any of her kids sang at in choirs, Karaoke bars and church.

Shirley was deeply passionate about politics and social justice issues. It was not uncommon for her to take us to picket lines, marches and protests. She would question toy stores on why they lacked diversity in the dolls they sold. Some may know her for her infamous picket sign that proudly read, “Dole is for Pineapple, Not for President!” We always laughed about these times in our lives. But in reality, Shirley had a burning desire to become a support to the causes in which she believed. She knew that even though her single voice may not be loud, the sound of many decreeing and declaring can change the world around us.

Roughly 45 years ago, Shirley, a single mom of two children, was introduced to Pablo Gaspar, a single father of one. Though they were never legally married, Pablo and Shirley were deeply committed to each other. A family friend set them up—at the time, Shirley knew no Spanish and Pablo knew no English; however, with the help of a college course, interpreters who translated, and a whole lot of Telemundo Novellas, they learned to communicate, and they became parents to four more children.

Despite the many credentials she carried (paralegal, cosmetologist, and social worker), her most fulfilling occupation was as a migrant guidance associate for elementary through junior high school for Exeter Unified School District. Shirley put her ability to translate Spanish to great use, as she was able to help many families who struggled with communication.

Services will be privately held at a later date.

Instead of flowers or monetary donations, we ask you to PLEASE make every effort to reach out to seniors and those with disabilities that make it difficult to get around town during this challenging time of Covid-19. Make the call. Send the card or letter. Endure the FaceTime. Because one day, there will come a time that you would give anything to have contact with the loved ones you have lost.

Go out of your way to be kind to children of Ministers. They are humans. They have hearts. And more often than not, they sacrifice time, luxury, and privacy for the Gospel. The last way we can honor our mom; Refuse to shrink back in your pursuit of Truth and let your debates be feisty. However, DO NOT cut off your family or friends because of a difference in politics, social causes, whose lives matter, or Dodgers vs. Yankees (she was the only one in the family who wasn’t a Dodger fan!). Love conquers, heals, and covers a multitude of sins.

“I want to see Jesus; To look at His face. I want to be with Him, Say thanks for His grace. I’ve known Him forever; I’ve yearned to be near, To be in His presence, Much closer than here. I want to sit near Him. To hear his voice speak The words I’ve been waiting To hear, touch His cheek. To linger beside Him, Not wanting to go, To stay there forever, For I love Him so! I want to see Jesus, Whose blood made me whole, And praise him forever, For saving my soul. I know I’m not worthy Of the price that He paid, Or the love that He gave me, It can’t be repaid. I want to see Jesus; I long for the day when I will be with Him, and there I can stay.” — Shirley Ione Dailey

Condolences may be sent to the family at www.evansmillerguinnchapel.com. Services entrusted to Evans Miller Guinn Chapel.