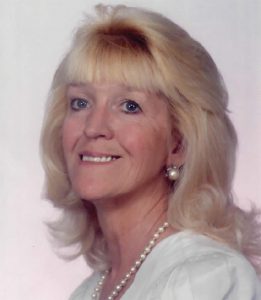 Known by her friends as Susan, she was born in Exeter at the Exeter Memorial Hospital in 1948 and graduated from Exeter Union High School in 1966. In the 1970s, Susan moved to Richland, Wash. where she worked as an executive secretary for Rockwell International Corp, formerly one of the country’s leading aerospace contractors, making launch vehicles and spacecraft for the U.S. Space Program. She was always very proud of her job and spoke of how she trained people how to use the company’s new IBM computer, an early model the size of a car.

Susan ultimately came back home to Exeter where she met the love of her life; Maurice (Matt) Mattingly. The two remained devoted to each other for over 18 years before Matt lost his battle with Cancer.

She is survived by two children, Kerrie Sawyer and Darrin McBride, as well as many beloved grandchildren and great-grandchildren. Susan will forever be remembered for her love of singing, silliness and family.

Susan will be laid to rest next to her beloved during a graveside service at 10 a.m. on Friday, Nov. 6, 2020 at the Exeter District Cemetery. Condolences may be sent to the family at www.evansmillerguinnchapel.com. Services entrusted to Evans Miller Guinn Chapel.