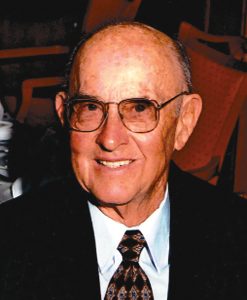 Richard (Dick) Ainley grew up on a working cattle ranch in Elderwood, Calif. east of Visalia, Calif. He had the opportunity to have many country adventures. In 1939, at age 17, he and a classmate take off on horseback from the ranch for a three-week trek of camping and fishing to Mt. Whitney, to make the grueling climb up the mountain. In June of 1943, while Dick was attending the University of Pennsylvania School of Veterinary Medicine, the Army Medical Corp drafted his entire class to serve in the 139th Evacuation Hospital in Europe. As a Surgical Technician (Tech 4), it was his duty to treat the surviving holocaust concentration camp prisoners freed at Ebensee in Austria. That experience had a profound impact on him, though he rarely spoke of it.

After returning, he went back to school where he graduated in 1948. He returned to the West Coast and fell in love with a young school teacher named Martha Friesen. They married in 1951 and moved to Santa Maria, Calif. where Dick purchased a veterinary practice, The Pet Hospital. He became a proficient surgeon. One case involved repairing two mangled legs and reattaching a severed hind leg of a local farmer’s cattle dog who had been caught in a mower. After much convalescence, the dog was able to trot out of his office!

Dick and Martha raised three children and became active in the Presbyterian Church, where Dick became an Elder and Martha sang in the choir and helped with the children’s programs. Dick was also active in the Kiwanis Club (a perfect 25-year attendance record), was President of the Mid-Coast Veterinary Association, and a life member of the California and the American Veterinarian Associations. Dick retired from his veterinary practice in 1983. 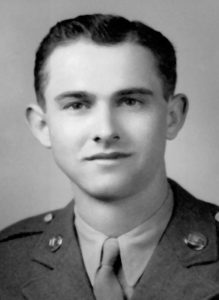 He and Martha loved to travel, and they were now free to travel the world. One summer Dick participated in archaeological digs both in Egypt and Israel. Another passion was researching and documenting his and Martha’s family genealogies. He even traveled to the United Kingdom and located Ainley Top in northern England.

On Thanksgiving Day 1987, his beloved Martha passed away from a long battle with cancer. Four years later Dick met Laverne (Hawks) Graham in a Hancock Collage Round Dancing class. They fell in love and married. They too shared the passion of traveling and also performance square dancing. Laverne also introduced Dick to the Santa Maria Lawn Bowling Club. They soon began competing and Dick became the Club’s historian. In 2009 they moved to Colorado Springs, Colo. to be near Laverne’s daughter and family. On April 14, 2018 Laverne passed away at 95. Dick, now 96, moved back to Santa Maria to spend his remaining years close to his family.

Dick had many business interests throughout his life. Besides having his veterinary practice, he started the West Trails Estates development in Orcutt, Calif. and was an instrumental developer and shareholder of both Morro Dunes RV Park in Morro Bay and Los Osos Valley Cemetery and Mortuary. Dick was generous to many charitable foundations. In 2008 he donated his beautiful Egyptian artifact collection to the newly rebuilt Santa Maria Library, where it is often displayed. He was an avid walker and physical fitness buff. He purposely rented a post office box to give him a 5 mile walk every day to retrieve his mail! He was admired and respected by all who knew him, especially by those who regularly waved to him on his daily walk.

The family would like to thank Santa Maria Terrace, Marian Hospital and Extended Care, and especially Superior Home Health and Hospice for their wonderful treatment of and kindness to Dick and to us. He lived a full life here on Earth and passed peacefully to Heaven to celebrate the following day, his 99th birthday, in Glory!