Ruby Razor of Exeter, Calif. passed away on Jan. 2, 2021. She was 96 years old. She was born Aug. 29, 1924 in Cape Fair, Mo. and grew up in Missouri with seven siblings. Ruby was preceded in death by three sisters, Vera, Vada, and Dorothy and one brother Joe. She married William Razor in Galena, Mo. in 1941 and left the following day for Exeter, Calif. where they established a home. He preceded her in death in 1972. She worked in numerous packing houses and in several downtown Exeter stores in the nearly 80 years she lived in Exeter. 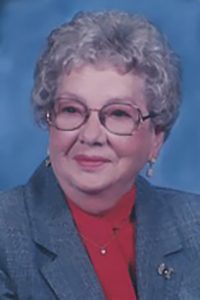 Ruby was known to her great-grandkids and great-great grandkids as “Grandma Ruby” so they could keep all their grandma’s straight. She enjoyed family gatherings when all could attend and loved it most when there was a baby to hold. She had a passion for reading and relished a good game of cards with family or friends.

Private service will be held at Exeter District Cemetery.