Ira Carl Roberts, Jr. passed away on the afternoon of Feb. 14, 2021 at the Baylor Scott & White Hospital in Marble Falls, Texas from complications of COVID-19. He was 67 years old. 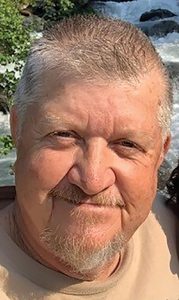 Known more by his middle name, Carl was born in Burnet, Texas on May 20, 1953 to his parents, Ira Carl Roberts and Lillie Leon Bell. In his younger years he grew up in Llano, Texas but spent many years living and working in central California. Carl recently moved back to Texas, retiring in Horseshoe Bay before contracting the novel Corona Virus. Carl and Belinda lived a diverse life in California. Carl was well known and had many friends in the local horseshoe clubs where he was known as “Dog” and in his motorcycle and brewery groups where he was also known as “Turbo.” As an avid gardener, Carl won many ribbons and awards in the Tulare County fair for his fresh and canned vegetables. He was so popular for his canned peppers that he was often referred to as “Mr. Pepper,” and if you had a jar of his canned peppers, you considered yourself very lucky. Carl was also an active member of the Benevolent Protective Order of Elks (B.P.E.O.E.) in Visalia, Calif.

For many years Carl traveled between Texas and California to hunt fish and spend time with his extended family. In the springtime you could often find him fishing on Lake Buchanan with his cousin, Clayton Brewer who preceded him in death on Feb. 10, 2021.

To cherish his many memories, Carl leaves behind his wife of 35 years, Belinda Roberts; his son, Adam Rochon and wife Ashlie; his daughters, Vanessa Stoddard and husband Rodney, Geneva Harris and husband Bo; his sisters, Bonnie Woolson and husband Lyle, Debbie Gouw; two sisters-in-law and a brother-in-law. He also leaves his nephews, James Woolson, Randy Woolson, Toby Roberts and wife Tiffany; five grandchildren; his father-in-law, Stanley Lawler and wife Candice; and numerous great nieces and nephews and extended family in Texas, Nevada and Alaska. Carl will also be missed by his many cousins and numerous other close friends and relatives.

Due to COVID-19, the family will hold a private ceremony to inter his ashes. However, everyone is invited to attend a celebration of life in the spring to be held in conjunction with Carl’s cousin, Clayton Brewer. Information about the date and time of this celebration will be communicated very soon.

In lieu of flowers the family just asks that you get your vaccine to slow the spread of this potentially deadly disease.

Funeral arrangements made under the direction of Waldrope-Hatfield-Hawthorne Funeral Homes, Inc. Llano, Texas. E-mail condolences may be sent to [email protected].