Merrill was a member and deacon at Immanuel Baptist Church in Lindsay, Calif., for more than 50 years until his retirement when he moved to Visalia, Calif., and became active at Grace Community Church in Visalia. Merrill served the Lord faithfully and was a group leader in Bible Study Fellowship for many years. His hobby was his family and he was happiest attending school functions, dance performances, sports games, birthday parties and anything involving his children, grandchildren and especially the great grandchildren. He was always the first to respond to invitations by replying “Grandmom and Grandad will be there and what can we bring.” 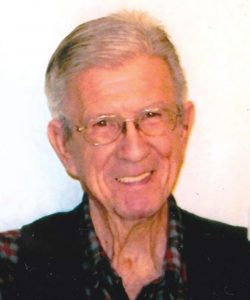