Jack Ray Justice entered into eternity with our Lord May 24, 2021. He was 86 years old. Jack was born on Oct. 3, 1934 to Elmer and Kate Justice in Springdale, Ark. They moved to California a few years later and settled in Woodlake, Calif. 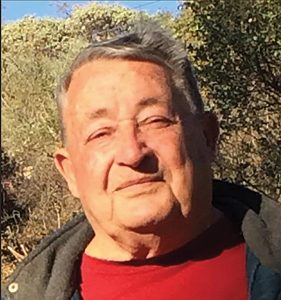 Jack went through the Woodlake School System from kindergarten through high school and graduated in 1952. In his freshman year, Jack and his buddies hauled sheets of tin and created the “W” on the hill above Woodlake.

He entered into the United States Army in 1957 and while stationed in Berlin, he earned a citation for Medical, Sharpshooter and a Good Conduct Medal. He then went into the Army Corps of Engineers and was on the Survey Crew for the dam at Lake Kaweah. 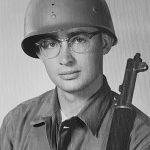 He loved fishing, hunting and camping and liked to be outdoors as much as possible. He never met a stranger and left a loving impression on everyone he met.

Jack had a long career at the City of Woodlake, starting in 1975 and after 20 years, retired as the City Administrator in 1995.

He took up woodworking when he retired and has made several beautiful works of intarsia wood art, which have been sold in various places throughout the state.

Jack was preceded in death by his wife Nancy and their son Chet Hutchinson.

Services for Jack will be held at 9 a.m. Thursday, June 3, 2021 also at Miller Memorial Chapel in Woodlake. Interment will be at Woodlake Cemetery immediately following the service.

Tributes and Condolences may be made at www.millerchapel.com.

Unfortunately, due to COVID-19 restrictions, we are unable to have a reception at this time.