Karen Anne Jeffries passed away peacefully on the evening of Nov. 9, 2021 at Kaweah Health Hospital with her son by her side. She was 78 years old. Karen was born in 1943 to Clarence and Emma Clark. She began her education at the historic Locust Grove schoolhouse, later graduating from Exeter High School and Fresno State College with a BA in arts. In 1974, she wrote a feature article for “Horseman” magazine, titled: “Wild Horses: Do they have a future?” about how two men (Robert Brislawn and Jeff Edwards), from the Wild Horse Research Farm in Porterville, Calif., who were attempting to prevent the extinction of the Barb and Spanish Barb. 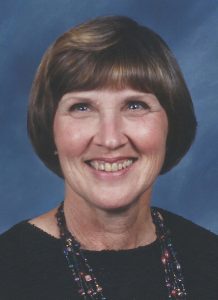 In 1975 she married the now late Michael Jeffries, and in 1981 a son was born to them. Though later divorcing, they had fond memories of their time together and remained friends. Through the years, she volunteered with the Peace Corps (for which she lived in Hawaii for a short time), worked at a television station, as a secretary for “Williams, Brodersen, Pritchett & Burke LLP”, teacher’s aide, legal transcriber, and as a merchandiser of books and greeting cards for American Greetings and Carlton Cards. In 2018 she retired from the Tulare County District Attorney’s office and was awarded for her 18 years of service.

One of Karen’s favorite stories was that not long after returning home from Hawaii her car was hit from behind by another vehicle, pushing her into a fire hydrant and causing the water to go up like a geyser. As the water showered her car, the TV news station covering the story played “Raindrops Keep Fallin’ on My Head” by B.J. Thomas, which remained one of her favorite songs and artists. Karen was a quiet, loving person and wonderful mother, who enjoyed the country, spending time with her family and friends, her pets (most recently her dog, Maya), going to the beach, camping, gardening, crocheting, cooking, listening to Hawaiian music, watching Hallmark films, and reading books from the library. Some of her favorites were suspense and mystery novels by authors like Janet Evanovich.

She is survived by her son, Douglas Jeffries; her brother, John (wife, Lory) Clark; and her niece, Stacey Kelch (husband Caleb, and their four children).

Thank you to the first responders, as well as the doctors, nurses, and staff at Kaweah Health Hospital who cared for her, doing everything they could and being there for the family in this difficult time. Some of her favorite wild animals were pandas, dolphins, geckos, turtles, sea otters, elephants, and koalas. If you knew Karen, or would like to honor her memory, please consider donating to the World Wildlife Fund.

“Two roads diverged in a wood, and I—I took the one less traveled by,” And that has made all the difference.”