Trent was born on June 2, 1941 and grew up in Kirby, Ohio, and later Upper Sandusky, Ohio. 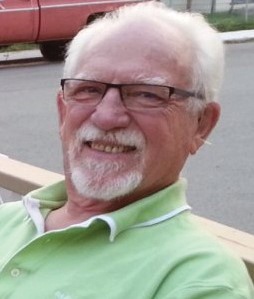 After graduating from Findlay College, he worked for U.S. Naval Intelligence as an electronic engineer in San Diego, Calif. in the 1960s, during the introduction of the IBM mainframe computer. Here he became a lifelong fan of the San Diego Padres and Chargers. He later moved to Whitefish, Mont., where he began his second career as a building contractor, while pursuing his love of fishing and the outdoors. This was also where he met his wife Peggy, and they married on Dec. 29, 1981. In 1982 Trent entered his final and most fulfilling career, dedicating his life to the Lord and service to others as an ordained minister, receiving his Masters of Divinity from Bethel Theological Seminary. He founded a ministry for the homeless population in San Diego, and served congregations in Poway, Calif. and Lindsay, Calif., before retiring to Libby, Mont., where he was an active member of his church community, started the Riverfront Blues Festival, and continued his passion for fishing.

Seven years ago, Trent made Piney Flats, Tenn. his home, where he and Peggy enjoyed retired life with their new friends, neighbors, and church community, enjoyed visits with his kids and grandkids, attempted to perfect the art of barbecuing, and became an avid Tennessee Titans fan after his Chargers left San Diego.

Trent touched the lives of many, and will be remembered for his outgoing and caring disposition and his desire to help and minister to those in need. He was an expert builder and gardener, perpetually working on a new project, and always willing to lend a hand to others. He had a zest for life, laughter, and never tired of a corny joke.

Trent was fortunate to have a wealth of true friends from all the places he lived. We are grateful for the many ways in which these relationships enriched his life as well as our own.

He was preceded in death by his father, Cyril Oelberg; mother, Elizabeth Oelberg Beach; and sister, Sharon Oelberg Cover.

A Celebration of Life will be held at 11 a.m. on Saturday, Jan. 22, 2022 at Celebration Church in Blountville, Tenn., with a visitation with the family beginning at 10 a.m. Trent’s family welcomes your sharing of memories by visiting the East Tennessee Funeral Home’s memorial website at easttnfuneral.com.