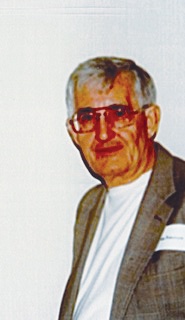 Pete grew up in Victorville, Calif. He was proud to have served in the U.S. Navy during the Korean Conflict. After leaving the service in 1956, he went to work for the California State Telegraph Company, where he met Glenda, his wife of 64 years. Pete worked his way up from warehouseman to district manager. In 1979, he was sent to Exeter to head up the “Contel office.” He retired after serving 34 years with the telephone company now known as Verizon.

He was a wonderful husband, father and grandfather. He will be missed.

A celebration of life will be held at 10:30 a.m. on Saturday, July 16, 2022 at the Lemon Cove Community Church, 32937 Sierra Dr., Lemon Cove, Calif. Arrangements by Smith Family Chapel, Exeter. Online condolences may be sent to smithfamilychapel.com.