Carmen Tasha Sanchez passed away peacefully with her family at her side on July 12, 2022 in her home in Long Beach, Calif., where she resided since April 2015. She was 84 years old. 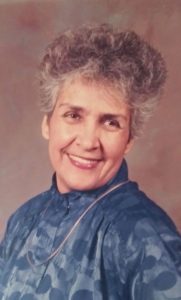 She was known as “Ya Ya” to her grandchildren. Carmen was known for her generosity, sense of humor, beauty, strength, insightfulness, loyalty and love of family.

Carmen was fiercely independent and came to United States as an immigrant at the age of 28 and was later very proud to become an American Citizen. She was born on Oct. 19, 1937 in Tequila, Jalisco Mexico to Apolonio Gonzalez Frias and Filiberta Franco Saavedra. She worked since the age of 7 helping out in the family menudo business in Tequila and later as a seamstress in Guadalajara and in Los Angeles, Calif. She also enjoyed selling antiques. Carmen became a devoted stay at home mother and wife in 1975. She was married to the late Gilbert T. Sanchez for 50 years.

Carmen was everyone’s favorite aunt, godmother, sister, cousin and counselor. She was always helping others any way she could and was beloved by all. She became friends with nearly everyone she met. Carmen was an absolutely beautiful person inside and out, always brought laughter and joy to those around her and leaves behind unforgettable memories. She always claimed to have invented the margarita and commanded a room with her amazing stories of yesteryears. She was a young female bull fighter and a champion marksman. Carmen was immensely proud of her family, adored her grandchildren and will be dearly missed.

She is survived by her only child Carmen Frank; son-in-law, Nicholas J. Frank IV; and grandchildren, Corina and Nicky Frank (V). She also loved her extended family which included siblings, sister-in-laws, nieces, nephews, cousins and friends.

Services will be held at 9:30 a.m. on Friday, Aug. 12, 2022 at Miller’s Memorial Chapel in Visalia, Calif. In lieu of flowers, the family asks that donations be made to the Coalition of Humane Immigration Rights (CHIRLA) online at www.chirla.org or by calling 213-201-8722.