Norma was born Sept. 10, 1927, in Exeter, Calif. to Paul and Ruth Chambers. She was born and raised in Exeter. She graduated from Exeter High School and received her bachelor’s degree and Teaching Credential from Fresno State University. Norma continued her education at Fresno State completing numerous post graduate certifications and programs. 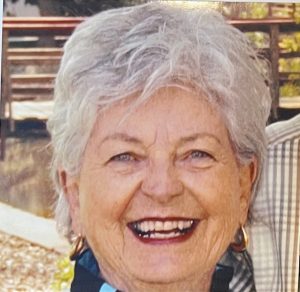 She began her career in education in 1949 as a teacher at Madera High School. In 1950 she married Jack E. Mann, her High School sweetheart. A marriage that would last a lifetime, 67 years of love, laughter and dancing in the kitchen.

Norma was a dedicated wife and mother, supporting many of Jack’s endeavors in his career and Community involvement while embracing the joys of home and motherhood. Norma and Jack made their home in Orosi, Calif., where they raised their three children. She expressed that the best times of her life were the years at home spent raising her children. Norma was a role model in many ways, living proof that beauty is not only skin deep but reached to her core, showing her strength, compassion and love for life to everyone around her.

A career in education was Norma’s passion. She continued teaching at Woodlake High School later becoming the Dean of Girls at Reedley High School and Kingsburg High School. She ended her career in the late 1980s as Vice Principle in charge of discipline at Mount Whitney High School in Visalia, Calif. Norma had a reputation for being tough but fair and having a sixth sense for knowing what was true. She was a champion for pushing students and colleagues to pursue education and achieve their dreams.

In 1982 Norma and Jack moved to Visalia, Calif., were they happily embraced the community and lived the remainder of their lives.

Norma is preceded in death by her parents; her sister Joan and her husband Jack.

She is survived by her children, Denise Garza and her husband John, Bill Mann and his wife Katie all of Visalia, and Kami Castillo of Port Hueneme, Calif.; seven grandchildren; and six great grandchildren.

At Norma’s insistence, there will be no public funeral or memorial services held. There will be a private family party where there will be many stories told conveying the hijinks, adventures of a life well lived and hard cider will flow freely.

In remembrance, please make donations to the AAUW in Norma Mann’s name in lieu of flowers.