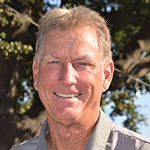 Steve Maaske is finally retiring after 44 years as the owner/manager of the Exeter Golf Course. His daughter Jill and her fiancé Rob Porcella are purchasing the club and will take over management on Aug. 1.

Steve will be sorely missed by his many golfing friends/customers. He actually started working at the course 50 years ago when was just 16 years old.

Steve graduated from Exeter High School in 1972 where he was the No. 1-rated player on the golf team. He was celebrated as the school’s “Alumni of the Year” in 2011.

He moved on to play for the College of the Sequoias and was named the “Giant Golfer of the Year” after finishing in fourth place in the Valley Championships. He then received an athletic golf scholarship to attend Fresno State University. He began managing the Exeter course immediately after graduating in 1976.

Thus began a lifetime of 70-hour work weeks which didn’t leave much time for socializing, but he did serve as V.P. for the board of directors for the Exeter Chamber of Commerce. The community recognized his civic contributions by naming him “Exeter’s Man of the Year” in 1996.

Steve coached kids both at the Exeter High School and the College of the Sequoias. He has also coached the Exeter Junior Golf Team for the last 22 years as they traveled to tournaments throughout the valley during the summer months.

He gave lessons to thousands of valley golfers over his career, and plans to continue teaching in his semi-retirement. Today, his various weekly tournaments draw dozens of golfers who will miss his patience as well as his calm and even temperament.

Asked about his plans for retirement, he said he plans to play more golf. His favorite course is Spyglass on the Monterey Peninsula, one of the most difficult courses in the country. He recently shot just 4 over par there—perhaps he should consider reinstating his membership in the Professional Golfers Association? Steve and Marsha, his wife of 45 years, also plan to do some more traveling. Both will continue to sing in the church choir at Visalia’s Gateway Church.

The “regulars” at the Exeter Golf Course will honor him with a retirement celebration whenever government regulations permit. Steve says he has enjoyed every day of the last 44 years. His enthusiasm for the game has turned the club into a “second home” for many of us. We will miss him.