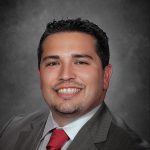 Residents and small businesses in Visalia who were struggling, even before the economic shut down of COVID19 to make ends meet, should be very concerned about a proposal the California Public Utilities Commission (CPUC) is considering that would increase water bills for millions of Californians, including low-income customers who use the least amount of water.

The CPUC’s proposal would eliminate decoupling. This is a concept that was pioneered in California in the 1980s to drive down power consumption. It was a successful early step in what has become a nationwide movement and best practice to address conservation and sustainability for not just power but also water.

Put simply, decoupling allows water utilities to not only produce less water but also to actively encourage their customers to use less water while still generating enough revenue to keep the water system safe and reliable.

Tulare County sits atop a critically over-drafted groundwater basin, and the residents and businesses of Visalia are reliant on groundwater with a high percentage of supplies coming from groundwater. We are deeply concerned about water conservation and sustainability.

And decoupling has worked. Since 2008, decoupled utilities in California have conserved significantly more water than utilities that are not decoupled, 13% more overall and 29% more before the drought. That translates to an additional 7.9 billion gallons of water saved, enough to meet the needs of 90,000 families for a year.

Our farm economy is dependent on access to critical water supplies to grow the world’s food. As the Sustainable Groundwater Management Act is implemented throughout our region, there is more and more urgency to encourage folks to be water efficient, while preserving precious groundwater for our farmers.

This proposal would also increase customer bills, in particular for low-volume and low-income water customers. Tulare County is among the poorest in California, and this monthly cost impact on families is what concerns me most.

Water providers who rely on decoupling collect a significant portion of their fixed costs of providing customers with safe, reliable service from high-volume water users. That tiered-rate approach of charging higher-volume users increasingly more money is a common tactic to encourage water conservation because it reinforces the notion that the more you use, the more you pay.

Water providers who do not use the decoupling mechanism typically collect those fixed costs through higher set monthly fees spread out among all their customers. That means if Visalia’s water provider is prohibited from using the decoupling mechanism there is a high probability they will need to rely on higher set monthly fees, which would increase water bills for a significant number of residents and businesses during a worldwide pandemic.

According to an independent analysis that modeled the customer bill impacts of eliminating decoupling for two of the state’s largest water providers and replacing it with an approach similar to that used by non-decoupled water providers, this CPUC proposal could increase average monthly bills for customers who use the least amount of water by 14%, with some customers who are enrolled in Low-Income Ratepayer Assistance programs – the households that are the most vulnerable to rate increases – seeing their average bills increase by 26%.

Whether inadvertently or not, this proposal punishes those who use the least amount of water and those who can least afford to pay. Both seem counter-intuitive to the letter and spirit of typical California and CPUC conservation and affordability philosophies. We need to preserve our water and keep costs low.