Sunday night a friend texted a warning: Three Rivers and Woodlake are under evacuation. Be prepared to leave, she advised. I thought: Woodlake? and checked the link she sent. Wrong. Thank God.

But I had not been tracking the progression of the fire to our east. I was preferring to stick my head in the sand. No reason to worry, of course, except about air quality and any friends I might have living in the hills above us. No self-respecting forest fire is going to come to Lindsay, the Friendly City­—where I am confident there’s no danger, or so I think. 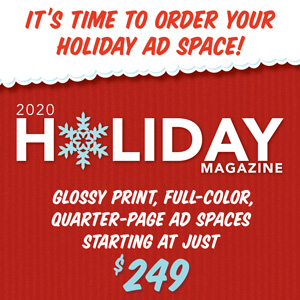 She, on the other hand, moved to the hills above Sonora a few years ago, snugged into oak-pine-scrub woodland just below the elevation where pine forest takes over, mixing with sequoia and spruce. She’d lived in Hanford and Lemoore most of her life, and this was a good retreat from valley-floor climate and culture. She’s had her emergency bags packed ever since.

My family members had found refuge in a community 10 miles north of Santa Rosa in what’s called the urban-woodland interface. In 2017 they didn’t have to evacuate, but the fires burned all around them, incinerating rich and poor homes alike. In 2019 my family did have to evacuate for five days, though had no losses to fire or theft. This year they have been under a “prepare to evacuate” order once already, and the fire that threatens them is still burning. Meanwhile, the Pacific Northwest, where we came from, is also burning, inconceivable.

I think it’s the story of my sister’s best friend, who lives a little higher in that woodland buffer, that tells me most where we are. In the 2017 fire, she and her new husband lost everything. A musician, she lost the vintage cello her grandmother bought her in her teens, which she played like the soulful woman she is. She was away on a business trip, but her adult son, who lived in town, heard the warnings, drove to their home, woke her husband and got him out just in front of the flames. They’ve rebuilt their beautiful home and have just recently moved back in, but the man is not the same. Their marriage, it seems, went up in flames with her cello.

I’d like to say that where we are is the Land of Uncertainty. But I don’t think that’s it. I think we’re living the reality of some kind of defeat. Some urge, some characteristically American (or perhaps human) thrust to improve, to better ourselves, to provide safety and security for our families and their offspring, and to retreat to the havens of nature after having done so—that model has taken a terrible hit. I think, to some extent, we’re licking our self-inflicted wounds, and it hurts more because of it.

But where does that leave us? Some will cling to the old model, blaming others for our misfortunes, our mistakes. But some of us now find ourselves wandering in the Bewilderness, looking for light. There’s a better way, a better path, and if we stick together and hold on to the truths we’ve learned, we’ll find a clearing. Be well.

Trudy Wischemann is the daughter of a volunteer firefighter who writes. You can send her your sightings of light c/o P.O. Box 1374, Lindsay CA 93247 or visit www.trudysnotesfromhome.blogspot.com and leave a comment there.