Guest Editorial: The 2020 election, a rejection of anti-American tradition

Editor’s note: Dr. Stephen Tootle is a history professor at College of the Sequoia’s Visalia campus and is a member of the Log Cabin Republicans nonprofit organization. With the tumult of this year’s election and eventual conclusion on Saturday—despite calls from the White House that it was defrauded by an unbelievable thousands of votes across several states—Dr. Tootle provides a local and welcomingly balanced perspective on what the result means to both major parties. 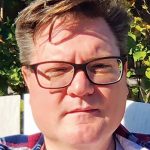 While county elections offices around America continue to count votes, the American people have sent a single, clear message to both political parties. Americans have resoundingly rejected the foreign, un-American ideologies of the Right and the Left recently advanced by radicals within both parties. These radicals of the Right and Left who seek to destroy our system of government by replacing the liberal pluralism outlined by our Declaration of Independence and enacted in our United States Constitution have been largely frustrated by the outcome of the 2020 election. Instead, most Americans appear to still want the ideals of the founders and our political institutions preserved, protected, defended and passed on untrammeled to the next generation. Americans still want their freedoms, and have voted accordingly.

Anti-Trump Republicans proved to be the margin of victory for President-Elect Biden in the upper midwest. Some margin of Republican voters came to understand that the only positive accomplishments of the Trump administration came in areas under the control of the traditional wings of the Republican Party. The tax bill and judicial appointments both came from Republicans who were in power long before President Trump’s election in 2016. But consider other election results from Tuesday.

In California, where voters supported Biden over Trump by a two to one ratio they also voted to reject affirmative action while supporting labor freedom for workers, lower taxes, personal freedom, privacy and private property rights. In Florida and southern Texas, immigrants and ethnic groups rejected identities that distant elites tried to thrust upon them. President Trump’s attacks on the military service of Senator John McCain hurt his re-election prospects in Arizona. Somehow, the American people managed to reject both President Trump and the worst excesses of the radical Leftists within the Democratic party. A candid survey of these results indicate that our average citizens may be better keepers of American political culture and traditions than the parties and elites who assemble and claim to do so.

Loose rhetoric regarding socialism, racism, riots, property crimes, calls for defunding the police and our national purpose led some voters to view the rejection of the Left as their most important concern. Others saw President Trump’s ineptitude, character, graft, stupidity, incompetence, ignorance, boorishness, immorality, lack of honor, attempts to usurp the role of the legislature, inability to articulate a coherent repudiation of racism and his failure to protect representative institutions as a greater threat. Democrats should not forget that they lost a presidential election in 2016 —to borrow a phrase H. L. Mencken once used for William Jennings Bryan, “a zany without sense or dignity”— because of the unpopularity of their nominee. Republicans should not forget that Hillary Clinton received more votes than their nominee. In the last three national election cycles voters acted against the excesses of their political opponents. The parties have not yet demonstrated that they have learned the right lessons.

If Republicans hope to have a future, they need to return to their roots as the party that protects individual liberty, economic opportunity and American exceptionalism. They need to reject the rhetoric of the Trump Administration that mimicked the Left by dividing Americans into racial, economic, class or educational groups and pitted them against one another. They should point out how the free market has been the greatest anti-poverty program in human history. They should revive and embrace their legacy as the party of Lincoln, Eisenhower, and Reagan. And finally, they should understand that American greatness comes from our origins as an ideological nation-state rooted in pluralism and the protection of rights, not from some manufactured lies about blood, soil, or borders. In short, Republicans need to reject the Right and embrace the conservative American political tradition.

Democrats should not interpret the election of President Biden as anything other than a rejection of monarchy. They should return to the roots of their party and articulate a positive view of human nature that would support giving more power to the majority instead of to government bureaucrats and cultural, intellectual and educational elites. They should explain to the American people how managing the desires of their coalition would not lead to a war on private property. They should marginalize the voices within their party that insist poor, struggling and working-class Americans are somehow more privileged than rich urban elites in wealthy cities because of the presence, absence, or distribution of melanin in their skin cells. In other words, Democrats could win more elections if they would reject the Left and embrace the best traditions of their party.

Republicans and Democrats can choose their destinies. The American people have indicated that they will reward the party that chooses Americanism over ideologies that are foreign to our traditions and hostile to freedoms. Last Tuesday, Americans indicated that they wanted both parties to return to their ideological roots, set firmly within the American political tradition.

As a partisan, conservative Republican it is my great hope that the Republican Party can again be rooted in the American political tradition as it was between 1856 and 2016. But I recognize that America is a better nation and the future of freedom in the world is brighter when both parties are rooted in our revolutionary traditions. It remains to be seen if either party will listen to what Americans told them last week.