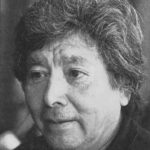 I want to tell you more about a man I mentioned in this column three weeks ago, Darryl Babe Wilson, an author and member of the Pit River tribes of northeastern California. We called him Darryl when we knew him at U.C. Davis, but his real name was Babe.

I knew Darryl very little. I don’t remember how we were introduced; I think I remember the last time I saw him. Universities are more like crossroads than destinations for most of us, and the time Darryl and I spent at the intersection of our lives was very brief. I was curious about his name, but never asked about it. He always seemed a little like a babe in the woods to me, so I saw it as somehow fitting.

I haven’t forgotten what it felt like to be in his presence, however, so when I remembered one of the ways he left me changed and told that story in church, it drove me to find out what has happened to him since.

He has passed on, for one thing, or as they say where he comes from, “gone on before.” He left us a memoir, The Morning the Sun Went Down (Heyday Books, 1998) which I just read over the weekend. It expanded my picture of who he was, and left me larger at the same time. 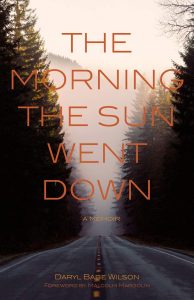 The book is mostly about growing up in the place where his culture and languages derived, and how he managed, after disaster struck, to find his true vocation: crossing the great divide between his culture and ours, building a bridge of understanding and respect. I know now why he’d hand me a manuscript he’d just completed, not for editorial comment or appraisal, but just for the sake of communication. Planting seeds wherever he could while he was still breathing.

“It is said,” she said, “and I believe the old ones when they say it, that when Great Power arrives, when Great Spirit walks down the road out there in the night, he will call your name. When he calls your name, he expects you to answer. But the Spirit cannot understand English or Spanish. He will speak your language to you. How are you going to know if he says ‘Follow me, I am going home.’ Or, if he says ‘Wait here.’ Or if he says ‘Feed me, I am hungry and thirsty.’? All these things will not be said in a foreign language.” She also said he will not call him by his English name, the name he was called by his family, Babe.

But Darryl hadn’t been given a “real” name by his either of his grandfathers in either language of their tribes, Iss or Aw’te. He describes the distress this caused him after hearing Aunt Gladys’ story, and then divulged that his given middle name came from the baseball great George Herman Ruth, nicknamed “Babe.” And I would say that Darryl became the home-run hitter of all time with his words, given freely over the years in the desperate hope that his people—and their knowledge, their cosmology, their relationship to the earth—would not vanish, that they would live.

He’s Babe to me now, nestled forever in a corner of my heart. And I’m pretty sure when the Great Spirit called him home, that’s the name he used.

Trudy Wischemann is a grateful reader who writes in Lindsay. You can send her your real names c/o P.O. Box 1374, Lindsay CA 93247 or visit www.trudysnotesfromhome.blogspot.com and leave a comment there.