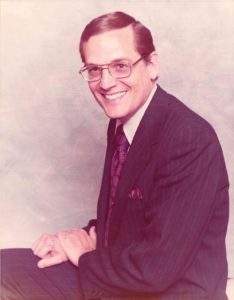 Oliver loved the Lord Jesus from an early age and spent the majority of his life serving Him, either as a pastor or Sunday school teacher. He also built and worked for several banks. He lived a very productive life.

He was the last surviving member of his family. He was preceded in death by his parents; as well as his siblings, Matt Summers, Leland Summers and Jannine; and his oldest daughter Nancy Black.

We invite you to make a donation to Seven Oaks Church in lieu of flowers.

Services have been entrusted to Salser & Dillard Funeral Chapel. Memorial Tributes and condolences may be offered by logging onto www.salseranddillard.com.