The Christian tradition of Advent begins on the fourth Sunday before Christmas and ends on Christmas day. The word “advent” simply means “coming,” and refers to that time in human history when Jesus, the Son of God, came into this world and was born in that little town of Bethlehem. He laid aside all of his rights and privileges as God and took on human flesh. He made his dwelling among us, as it says in John’s Gospel, (1:14). During Advent we light a different candle each week, representing Hope, Peace, Joy and Love, reminding us of what Christ brought us when he came.

The name “Jesus” means Savior, for he came to save us from our sins (Matthew 1:21). He also fulfilled the prophecy from Isaiah 7:14 that said he would be called Immanuel, which means “God with us.” The second candle, which was lighted this past Sunday, is called the “Bethlehem Candle” and represents the peace he came to bring.

Peace seems to be something which is so lacking in our world today, on so many levels—whether its war between nations, uprisings, rebellion and unrest, we see such a need for peace today! Here in our own country there is so much hatred and division. Peopled can’t seem to get along. There’s also the lack of peace in many of our own hearts and souls. Jesus came to bring us peace—with God, with one another and within. Without him, there will never be lasting peace.

My wife, Jean, teaches French at one of the Visalia high schools. She describes below one of her traditions she has in her classes each Christmas season.:

“Every Christmas at school I show a film called “Joyeux Noël” (Merry Christmas). It’s the story of a temporary cease-fire in the trenches during World War I in Northern France. The film shows 3 armies, the French, the Scottish, and the Germans, in their respective trenches on Christmas Eve. It’s quiet. Each army is quietly “celebrating.” In the Scottish trench, a chaplain pulls out his bagpipes and begins to play a song, “I’m longing for home,” with his fellow soldiers joining in to sing. In the German trenches, one of the soldiers, a renowned opera singer (drafted by the Kaiser) sings “Stille Nacht” to his comrades in arms. The Scots cheer as he finishes, and then the Scottish chaplain begins playing “Adeste Fidelis” (O Come All Ye Faithful”). Soon the German tenor joins him, singing, while climbing out of his trench with a make-shift Christmas tree. He steps into the “no-man’s” land (amid bodies of fallen soldiers) continuing the song, which is then met by cheers from all trenches (the French, by the way, are just sitting there, drinking wine and eating chocolate). Shortly thereafter, the 3 commanders meet in the middle and declare a temporary cease-fire. The 3 armies slowly exit their trenches, share chocolate, alcohol, and cigarettes. They show pictures of their wives and families. Some are reluctant and suspicious but most embrace the peace (albeit temporary). At midnight the Chaplain leads a spontaneous mass (all in Latin) and most of the soldiers join in. The next day they agree to bury their dead and return weapons to the proper armies. They talk, share food, and play an impromptu soccer game. They exchange addresses and promise to write after the war. I won’t spoil the ending. Look it up on Netflix or Amazon.” (This film is based on an actual historic event).

May you take time this Advent season to reflect on the true meaning of Christmas, and may you experience His peace in your heart.

Jim Newman is pastor of the First Presbyterian Church in Exeter. He may be reached by calling 559-592-2367 or by emailing [email protected]. Prays Together is a rotating faith-based commentary and advice column among the pastors, and guest laypeople, of area churches. 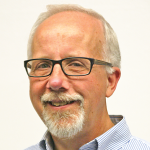