PORTERVILLE – After a 3-1 victory over Delano last Tuesday, the Granite Hills girls soccer team now has a 3-4 record this season.

The Grizzlies got out to a quick 3-0 lead over the Tigers, which they rode well into the second half. Delano had several good opportunities to get on the board toward the end of the game, but Granite Hills junior Makayla Kirkland stood tall inside the goal. Celeste Ramos, Yadira Hernandez and Emily Carrillo contributed the team’s three points. 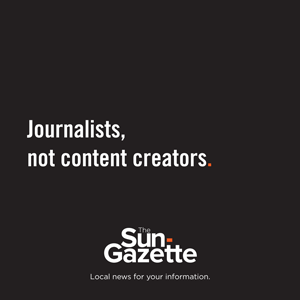 Daniel Dominguez is in his second season as the team’s head coach and has taken on the challenge of building a program from the ground up. Over these first two years, his teams have consisted of very young rosters. This year there are only four seniors on the squad playing with several sophomores and juniors.

“I wanted to be apart of something that we’re going to build up,” Dominguez said. “I think we have a good foundation here to do that.”

After winning section titles at Mission Prep, Dominguez realized what it took to rebuild a program. That is what led to him pursuing the head coaching opening at Granite Hills prior to last season. They were coming off of back-to-back winning seasons, the only two of the last 10 years for the program. After losing many key pieces, the team was very young as they relied on many freshmen players. With a year of experience for both the coach and the players, the team is expecting much better results than last year’s 5-15 finish. They made the playoffs and battled hard in the first round against Orange Cove but lost the game 2-1.

The Division VI Grizzlies competed well in a Lemoore tournament against Division III teams, which allowed Dominguez to see the improvement in his team since last season. They are much better at communicating with each other during games, but still need to work on defensive rotations.

So far during the early part of the season, Granite Hills is 3-1 against teams in their own division. In order to see sustained success, the team will rely heavily on their junior forward Brianna Rodriguez who leads the team in goals. One of the few seniors, Betzy Garcia, will also be one of the top goal scorers throughout the year. Her experience and leadership will be vital to this team’s growth.

They’re on the bottom looking up within the East Sequoia League as they finished last season with a 3-6-1 record. They’ll play five more games throughout December before they begin ESL play against Corcoran. The Grizzlies will also have several opportunities to improve on their 3-1 interdivision record. On Wednesday Dec. 4 they will host Porterville for an inner-city showdown at 6 p.m.