The Spartans shoot out to a 15-2 record to start the season, defeat Granite Hills 64-22 in their first league game

STRATHMORE – Midway through the season teams are squarely focused on winning their league, making the first match up all the more important.

The Spartans’ hot start to the 2020 season has been impressive. Despite a lack of experience and an assortment of injuries, they have won their games by an average of nearly 19 points. But their win over Granite Hills last Thursday was their first on a quest to win the East Sequoia League (ESL) for the first time since 2016.

The Spartans were ahead 39-6 at halftime. They’re a very quick team on defense and can rack up steals on any given night. According to head coach Richard Miranda, his team is at their best when their communication is high and that was on full display throughout the entire game against the Grizzlies. Their swift rotations on defense made it hard for their opponent to get an open shot. When playing against the Spartans, players are forced to make quick decisions with the ball and if they’re wrong then it will likely get stolen. 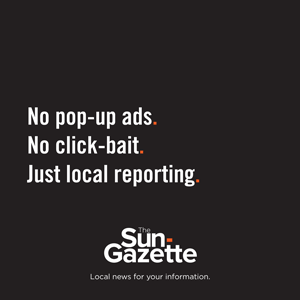 Their 42-point win also featured an offensive explosion from junior guard Jazmine Soto who finished with 31 points, 10 rebounds, 6 assists, 6 steals, and 4 turnovers. She’s averaging 27 points per game and has played a vital role in the team’s success. She did her best impersonation of NBA star Russell Westbrook as she single handily controlled the game against Granite Hills while displaying her diverse skill set. Her ball handling ability allowed her to pierce through the defense and finish strong at the basket or make the right pass to an open teammate. She also moved well without the ball which allowed her to knock down open jump shots or soar over post players to steal an offensive rebound.

Soto has been forced to do a little bit of everything as the team has battled injuries. They’ve been without their lone senior Kaija Ambriz and played the game against Granite Hills with only six players.

“[Soto] has stepped up this year and is becoming more of a [vocal] leader with Ambriz being out,” said Miranda. “She carried us during the Arvin tournament where we played four really tough teams and went 3-1.”

During the Arvin tournament, the Division V Spartans defeated two Division IV teams and a Division II team, but suffered one of their two losses on the season which came against Oxnard who is in Division III. Soto averaged 29 points over the four games.

Strathmore’s success as a team has been a result of their intense offseason. During the spring, summer and fall, the team played over 100 games together. Miranda added that his team has yet to peak and are still working on consistency. The future is bright for this young squad that features just one senior and two juniors. For now their goal is simple: win a league title. That will require them to beat Sierra Pacific, which they’ve only done once in the last four seasons.