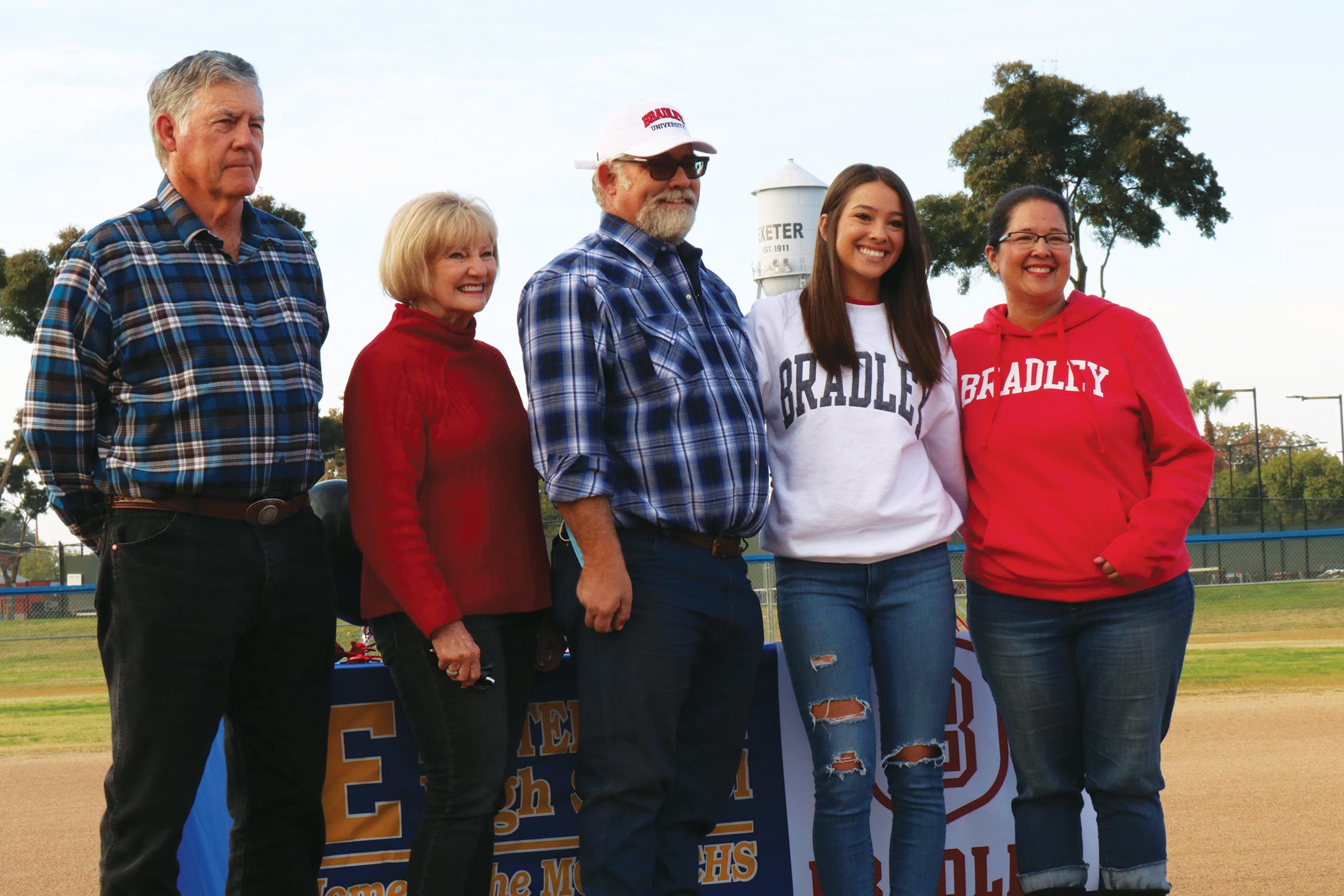 After giving it much thought, Paregien chose Bradley University in Peoria, Ill. over University of California San Diego. With the school being over 2,000 miles away from Exeter, she deems the adjustment will be a “curveball,” but ultimately it was the perfect academic fit for her. Bradley has both undergraduate and doctoral programs that align with her career goals of becoming a physical therapist.

She began her high school career as a freshman on varsity for the Monarchs during the 2017-2018 season. During that same season the team finished with a 26-6 record and were crowned Division IV Valley Champions. She immediately cemented herself as a leader on the team as she finished second in batting average and third in runs.

Paregien’s best memory from her high school career came during that valley championship playoff run. She was lined up in the right outfield late in the game. A fly ball was hit in her direction and she started to make a run for it. She tracked it down, made a leaping catch, and saved a near game winning run that allowed the Monarchs to move onward in their playoff journey.

Paregien started her career as a young kid playing recreation softball in Exeter. Right alongside her was Blackmon as the duo essentially grew up playing the sport together. They went from being really good friends in middle school to playing on varsity together as freshmen in high school, to signing their college offer letters on the same day. Both were multi-sport athletes at EUHS as Paregien played varsity volleyball while Blackmon played varsity basketball.

Blackmon also played a pivotal role on the valley championship squad as she was the team’s best pitcher. She boasted a strong 19-6 record on the year with over 140 strikeouts and less than 50 runs allowed. The freshman pitcher saved one of her best season performances for the end during the championship game against Coalinga. She didn’t give up a single run as she led her team to a 6-0 victory, which she credited as her best memory from her high school career.

“Being a freshman pitcher and getting that experience to win doesn’t come around all the time,” she said.

Blackmon isn’t going nearly as far as Paregien as she will be heading a little over 200 miles south to California State University, San Bernardino. She is looking forward to the increased energy levels that comes with playing at the next level, traveling up and down the Golden State playing games, and forming new lifelong bonds with her coaches and teammates.

“The coaching staff are like my new best friends,” she said. “The team atmosphere they have over at the campus is amazing. They have a family vibe going on which is important to me since I come from a small town.”

Blackmon and Paregien were able to get offered despite their junior season being cut short. The team had a strong start to the season with a 5-1-1 record led by Blackmon as the starting pitcher. The status of their senior season is up in the air but the duo obviously performed well enough to merit college offers with just two full seasons on their high school resume. 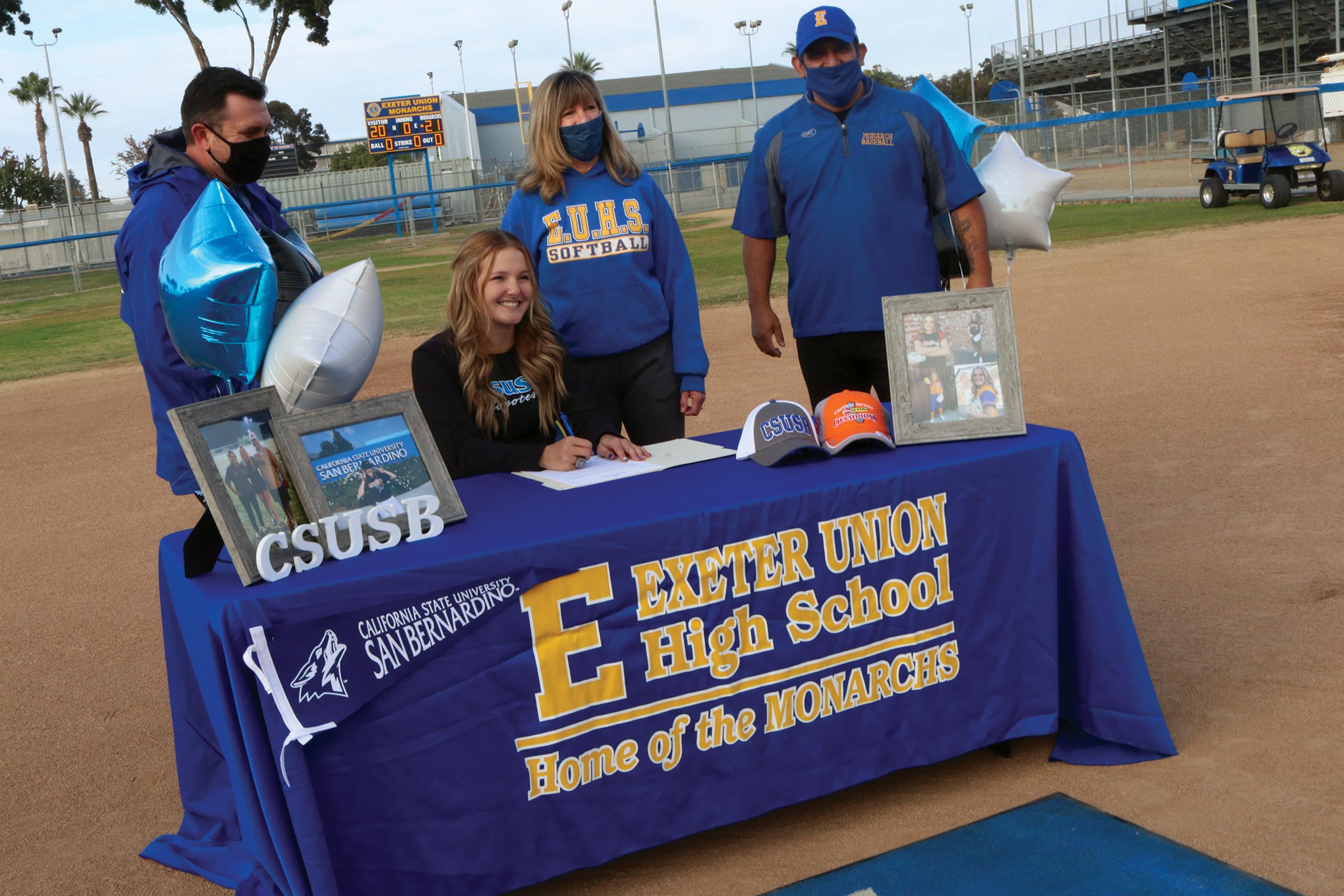