Coaches huddle up to campaign for return of high school sports

CALIFORNIA – Some states are concluding the state playoffs for fall sports while other states have yet to start their seasons. High schools in California, Oregon, and Washington are in jeopardy of having to cancel some seasons all together. As a result, over 550 coaches between those three states have come together to make up the West Coast Coaches Alliance (WCCA), with over 80 coaches being from California and multiple from the Central Valley. Their mission is to build a unified, bipartisan, nonviolent movement to advocate for student-athletes to return to play in a safe manner.

“We felt it was not a very sound idea to just sit back and see what the state thought. As coaches that’s not how we’re built. We have to make sure everything is considered,” Mission Oak head football coach Michael Machado said. “From our side we were saying let us help you, we have all of the statistical information that you need and we can get it for you.” 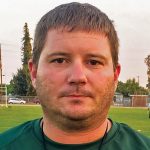 The WCCA collected data related to the spread of COVID-19 from schools in several states that did not postpone fall sports. They received the most data from the state of Wisconsin and the Wisconsin Intercollegiate Athletic Association which included 207 schools, 30,000 student-athletes,16,000 practices and 4,000 contests. Through September, they had 271 COVID-19 cases reported but only five cases were linked to school contact. 55% of cases were traced to household contact and 41% traced to community contact.

“The only reason us coaches are considering it is because of the numbers from those states. So if we can replicate what they did [with protocols] then it’s a matter of fact,” Machado said.

There were various protocols from those states that are very similar to the regulations in place for schools practicing throughout the Central Valley over the last few weeks. Teams socially distance when they can, they keep groups to small cohorts when indoors, and sanitize all equipment before and after practices/games. During games, masks were required for referees as well as every person on the sideline. Fans were allowed in larger districts at a minimum capacity and seating was to be six feet apart. Teams took buses to and from games with windows down and masks on.

The WCCA passed along this data to the CIF and the state health department. According to Machado, the CIF is in favor of a return to play but the state has not done much with the data yet.

“If we can show during a football season that we can be safe and control the spread, then that would aid in getting students back to school,” he said. “We could use [high school sports] as a test module in California to show that the protocols from these other states are working.”

If there is a return to play and an outbreak happens, then they’d follow existing recommendations from the California Department of Public Health (CDPH) and shut down for 14 days and quarantine. The advantage would be shutting down just 100-200 student athletes at a particular school instead of an entire league or county.

Teams throughout Tulare County were practicing in small pods over the last few weeks without any incidents. Due to the recent state lockdown, practices have been canceled until Jan. 11.

After their initial gathering in October, the WCCA put together a several step action plan to get the word out about these statistics which included several meetings between the coaches. On Dec. 5, there was a social media campaign that consisted of videos from student athletes talking about what athletics means to them and how important it is for them to play. The campaign can be found on the groups Twitter account @WCCoachAlliance.

“Even if nothing comes from it, we know we’ve done everything we could. Even if they push the season back and not cancel it as a whole, that’s still a win for the kids,” Machado said.

With the CIF recently delaying the fall sports season yet again, the WCCA is regrouping to figure out what their next moves will be.