Farmersville and Springville represented on list of top 30 famous cowboys

TULARE COUNTY – Today when anyone says the term cowboy, most will think of the football team in Dallas. But there are two men with Tulare County ties who were actual cowboys that roped steers, herded cattle, and were inducted in the ProRodeo Hall of Fame and Museum of the American Cowboy.

Clay Carr and Montie Montana made the list of “The 30 Most Famous Cowboys (and Cowgirls) of All Time,” compiled by 24/7 Wall St., an independent financial news and opinion website.

24/7 Wall St. reviewed various sources, including digital media company Ranker, which features polls on entertainment, brands, sports and culture, to tally a list of some of the most renowned, real-life cowboys. They compiled a list of the 30 recognizable cowboys and assessed their popularity by ranking the number of Wikipedia page views their respective pages accumulated between Oct. 26, 2018 and Oct. 26, 2020. 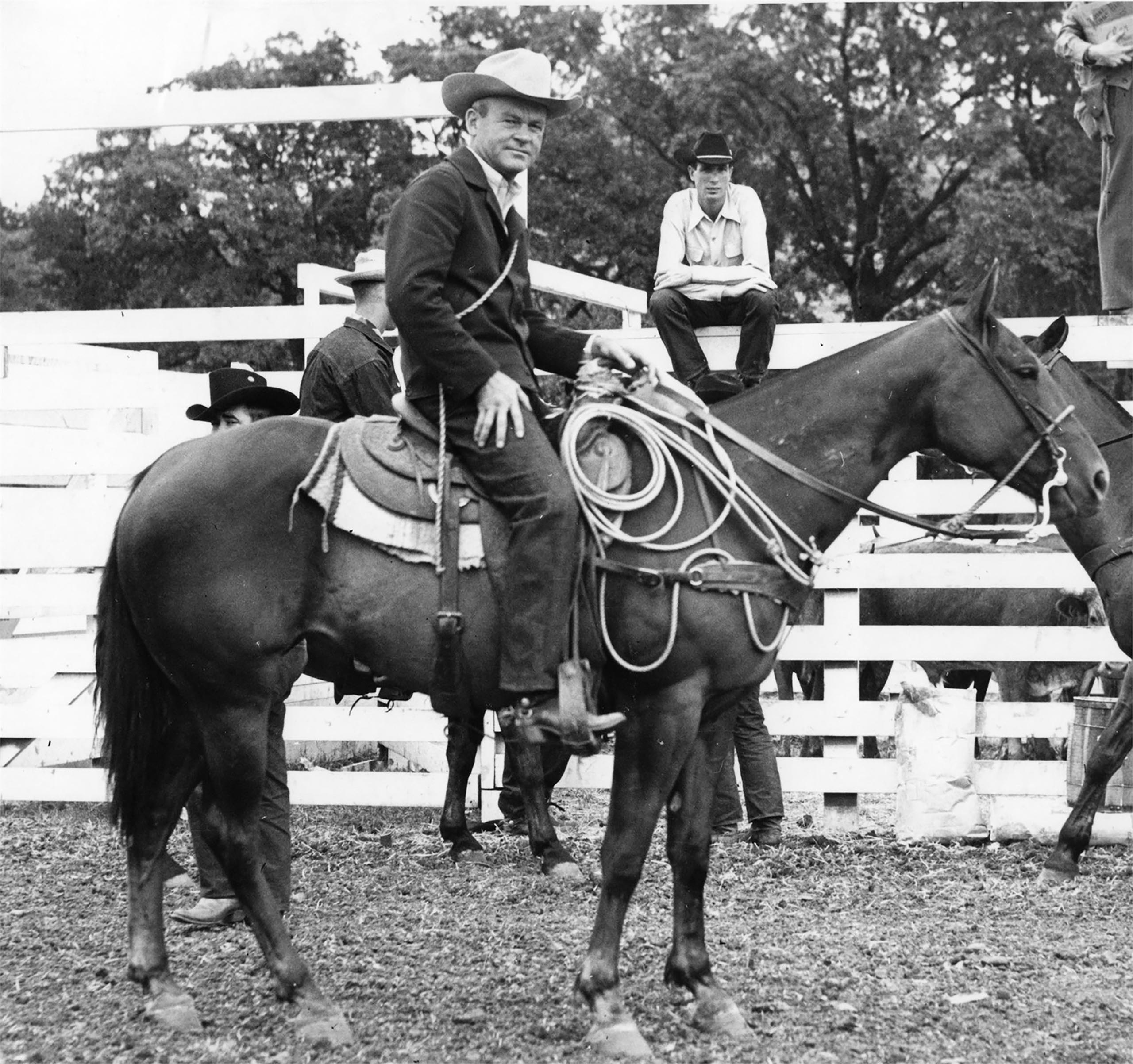 In 1955 Clay Carr was inducted in the National Cowboy & Western Heritage Museum in Oklahoma City and was inducted into the ProRodeo Hall of Fame in 1979.Submitted photo.

Clay Carr, born on April 17, 1909 in Farmersville, came in at number 30 on the list. In 1955 he was inducted in the National Cowboy & Western Heritage Museum in Oklahoma City and was inducted into the ProRodeo Hall of Fame in 1979. He was 16-years-old when he entered his first rodeo competition in Visalia. Over his 25-year career, he won five world titles while competing in competed in saddle bronc riding, steer roping, steer wrestling, team roping and tie-down roping events in various countries such as Australia and England. He honed his skills on his family-owned Gill Ranches in California. According to the ProRodeo Hall of Fame, Carr was a cowboy born to the saddle and rope. Upon his death in Visalia in April 1957, the citizens of his hometown voted him the all-time greatest athlete of that area.

Another cowboy with local connections on the list was Montie Montana, who came in at No. 20. He was born in Montana but moved to California and parlayed his roping skills into a career in movies. He became a fixture on the rodeo circuit in the U.S. and Canada and also appeared in more than 60 annual Tournament of Roses parades in Pasadena, California, waving to the crowd from a silver saddle in sequined western attire. During the inaugural parade of 1953, Montana lassoed President Dwight Eisenhower, with the president’s approval. He was inducted into the Rodeo Hall of Fame of the Rodeo Historical Society, a support group of the National Cowboy and Western Heritage Museum, in 1989. He was also inducted into the ProRodeo Hall of Fame in 1994 before passing away in May 1998.

His son, Montie Montana Jr., was born in 1935 and continued a dynasty started by his father. He performed in his first rodeo at three-years-old. He lived the last 24 years of his life in Springville where he was played a prominent role in developing the Springville Sierra Rodeo. He was also an actor, stuntman, rodeo performer, trick rider and roper. According to the National Cowboy Museum, the younger Montana is one of the people responsible for preserving and promoting western arena arts. He also wrote a weekly column for The Porterville Recorder. He received an award at the National Cowboy Symposium in Lubbock Texas in September, 2008 before his death in Springville in 2013.

Top on the list was Billy the Kid, born Henry McCarty, who worked as a cowboy in the New Mexico territory before turning to a life of crime. The list also included actor Will Rogers, who grew up in a ranching family, Annie Oakley, the famous markswoman, former rodeo cowboy and Dallas Cowboy fullback Walt Garrison. For the full list, visit 247wallst.com.