TULARE – When football was green lit to return in Tulare County, schools in Tulare pounced on the opportunity. They’re one of few school districts who decided to play a condensed season, with the second game taking place last week.

On Thursday, the Tulare Union Tribe had their first game back home at Bob Mathias Stadium and gave fans a fun show with a 53-7 win over Wasco. 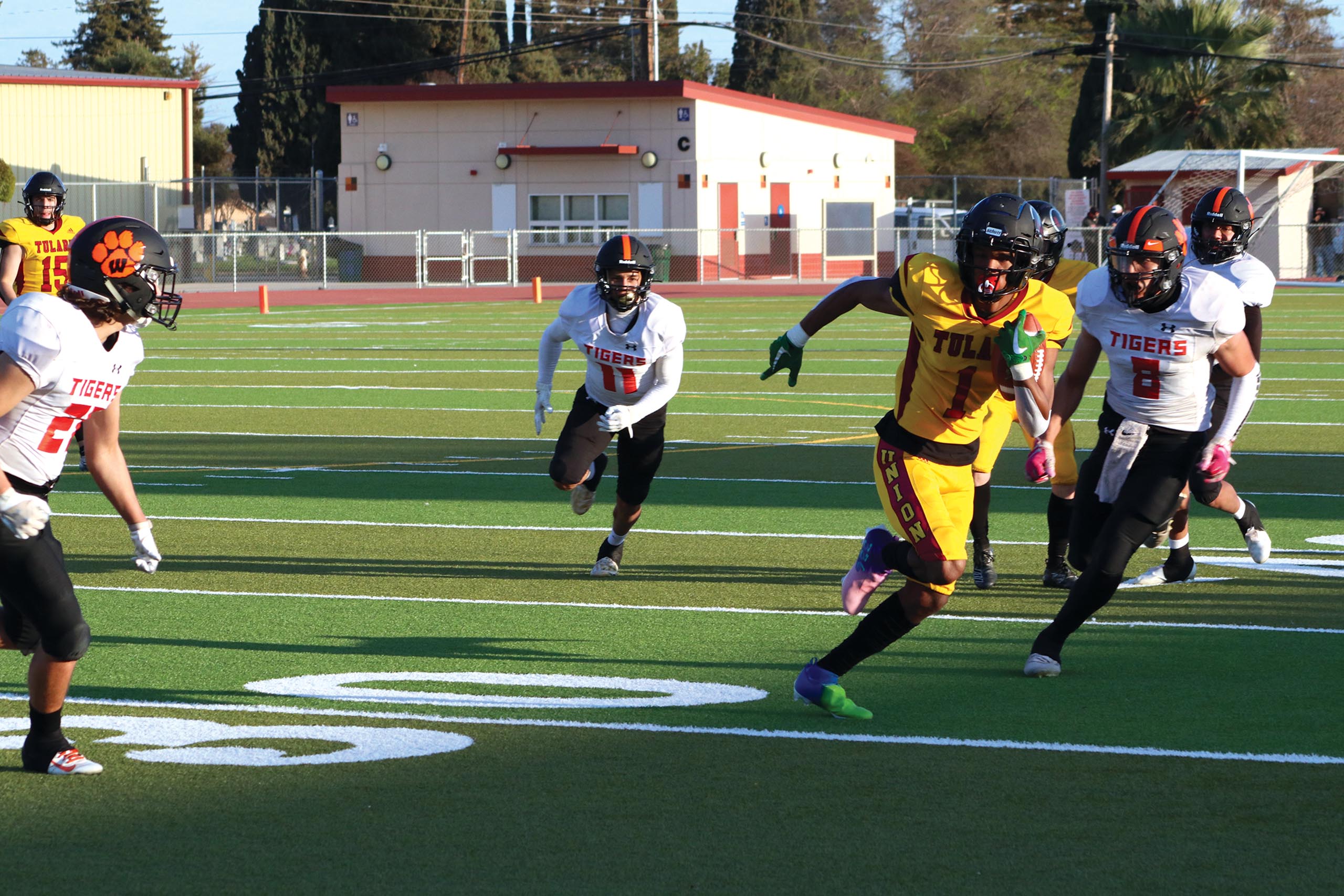 Due to the odd offseason, the game was played with no kickoffs to minimize injuries. After every score and at the beginning of each half, possessions began at the opposing team’s 25-yard line.

A common sentiment among football coaches around the county is less of a focus on the scoreboard due to the condensed season, but vibes on the sideline are always upbeat when a team can score at will like Tulare Union did against Wasco. They quickly went up 20-0 in the first quarter before Wasco scored their lone touchdown in the second. From there, the Tribe went on to score 33 answered points. The final score came from a punt return touchdown by defensive back Xavier Hailey who is committed to play Division-I football next year at University of New Mexico.

Tulare Union did most of their damage through the air as junior quarterback Jorge Gonzalez accounted for 212 passing yards and 6 total touchdowns, with one coming on the ground. He opened the game with a 61-yard strike to junior Willie James who ended the night with four catches, 121 yards and two touchdowns. Jordan Guerrero, Pedro Alvarez, and Donovan Wood were also on the receiving end of touchdowns. Sophomore running back KJ Daniels got in on the action with 79 total yards and a rushing touchdown.

This game was even more exciting for Tulare Union after they were on the other side of a similarly lopsided contest the prior week at Garces Memorial where they lost 43-6.

The Tribe only had a handful of seniors, so a big goal for these four games is getting their young guys plenty of reps. They’ll have a lot of core pieces returning, especially on offense, which should set them up for a strong season in the fall.

They’ll be back at Bob Mathias Stadium on Friday to battle Mission Oak, one of the other two teams they share a home field with. Both coaches have an unfamiliar obstacle to deal with this week as their players are on spring break.