Riggins is one of six softball players in state history to accomplish the feat, and only the second player in Central Section history to do so. The record setting performance happened in a slugfest against San Joaquin Memorial that ended in a 22-22 tie. The game was nearly four hours long and ended in a tie because there was not enough daylight to finish it out. 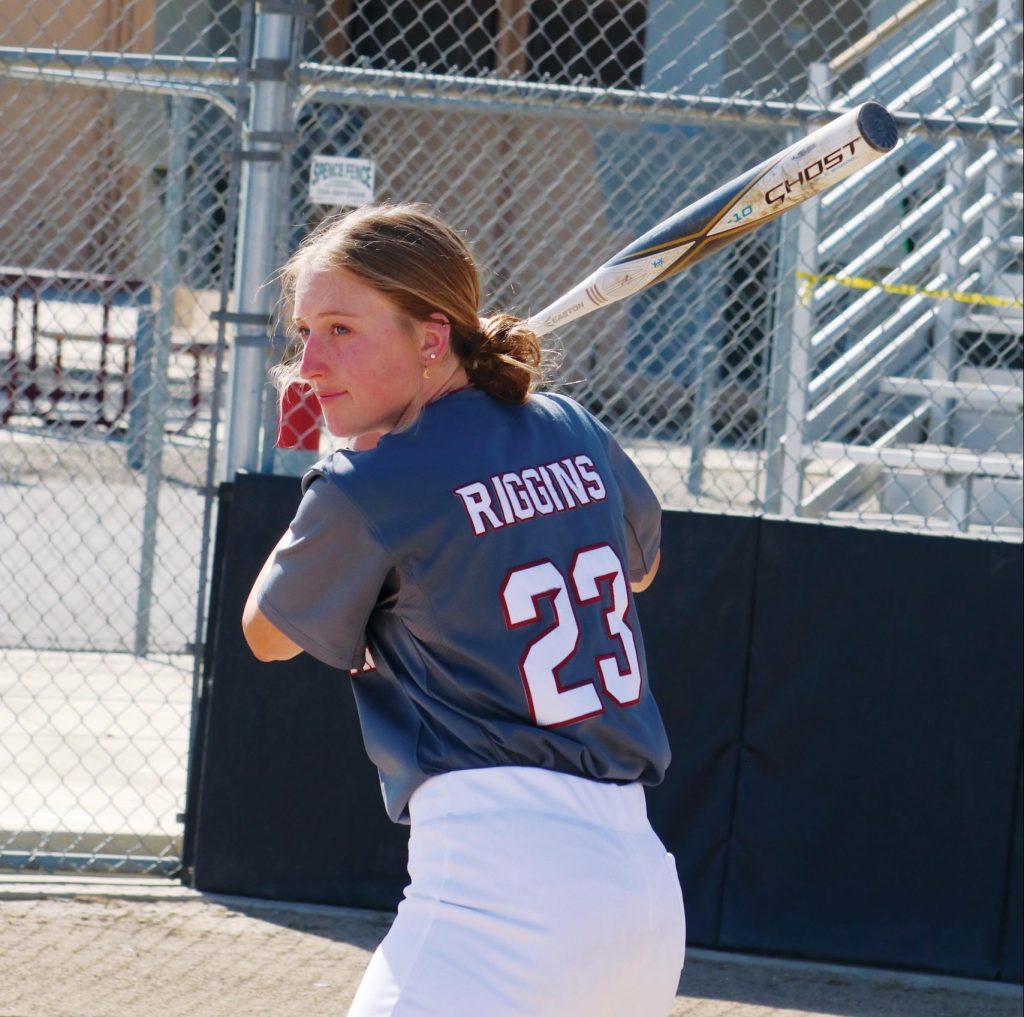 Both teams were swinging for the fences from start to finish as eight home runs were recorded in the game.

Riggins got her team on the board with a two-run homer in the first inning during her first at bat. Her next time at the plate was a solo homer in the third. After that, the San Joaquin Memorial coach had seen enough. According to Riggins, she made eye contact with the opposing coach as she was approaching the plate and she knew he was going to walk her. That happened twice as she was also walked during her next at bat. In the sixth inning as she was approaching the plate, she again made eye contact with the coach and he nodded as if he was finally going to allow her to hit this time. She was happy about that and blasted her third home run of the evening.

She saved the most dramatic score for last as she approached the plate for the last time in the seventh inning. She had two outs and two strikes before sending the ball over the fence for a fourth time to give her team a short lived 22-21 lead.

She finished 4-4 with six runs and five RBIs. She did everything for the Pioneers that day as she was the starting pitcher, then played a bit at shortstop, before getting back on the mound to pitch a total of five innings earning seven strikeouts. By the time the game was over, she was more focused on getting to her bed rather than the historical performance she just had.

Riggins always knew she had the power to knock down home runs, but considered herself more of a situational hitter. The four she hit in the single game was double the amount she had for her entire career. Her humble attitude and competitive spirit didn’t allow her to focus on the feat for long, but it’s an achievement Riggins is proud of. She now has a new standard to hold herself to.

“It’s a really good accomplishment, it feels good. I feel like I’ve done what I’ve needed to do hitting wise but I know I can do better. Not just offensively, but also defensively,” she said.

Her journey into the record books was an interesting one. As a freshman she attended University Preparatory High School in Visalia which does not have a softball team. She transferred to Mt. Whitney midway through sophomore year due to the lack of sports and she immediately began playing varsity due to her years of travel softball experience. It didn’t take long for her to get recognized by colleges. During her junior year, she committed to play Division III softball at George Fox University near Portland, Oregon.