TULARE – From struggling with layups at the beginning of high school, to college basketball signee in three years is a remarkable journey for any high school athlete. After a breakout junior season last year, Mission Oak forward Dynasia Jefferson has committed to play NAIA basketball at University of Antelope Valley in Lancaster, Calif.

Jefferson’s growth has been rampant during her high school years. Not just physically as she stands 6-foot-2 and is often one of the tallest players on the court, but her basketball skills have come a long way since freshman year. Although she began playing basketball at 9 years old, Mission Oak head coach Dave Caetano considered her a raw talent when she entered high school.

“It took almost two years to finally get her to where she was ready. And then her junior year, she really blossomed,” Caetano said. “If we could have had a full year [this season], I think she would have been a dominant force in the area.”

Jefferson’s statistics have improved every season, and she became a varsity starter as a sophomore. She believes things began coming together for her during junior year. She knew she had to do more on the court to help the team get more wins and that’s exactly what she did.

That season she led the team in rebounds as she averaged 9.2 and finished in the top 10 in the Central Section according to MaxPreps. She also led the Hawks with 1.4 blocks per game and helped lead her team to a second place in the East Yosemite League with a 7-3 record.

With this year’s condensed season, fans will only get to see a preview of what could have been for Jefferson during her final year. The Hawks are playing a condensed 10-game season and are missing several starters who are playing other sports. That leaves Jefferson as the team’s lone senior playing with mainly freshmen and sophomores. Coach Caetano deems the missing starters would have been a tremendous help to Jefferson this season, but her leadership has added immense value to the players coming up after her. 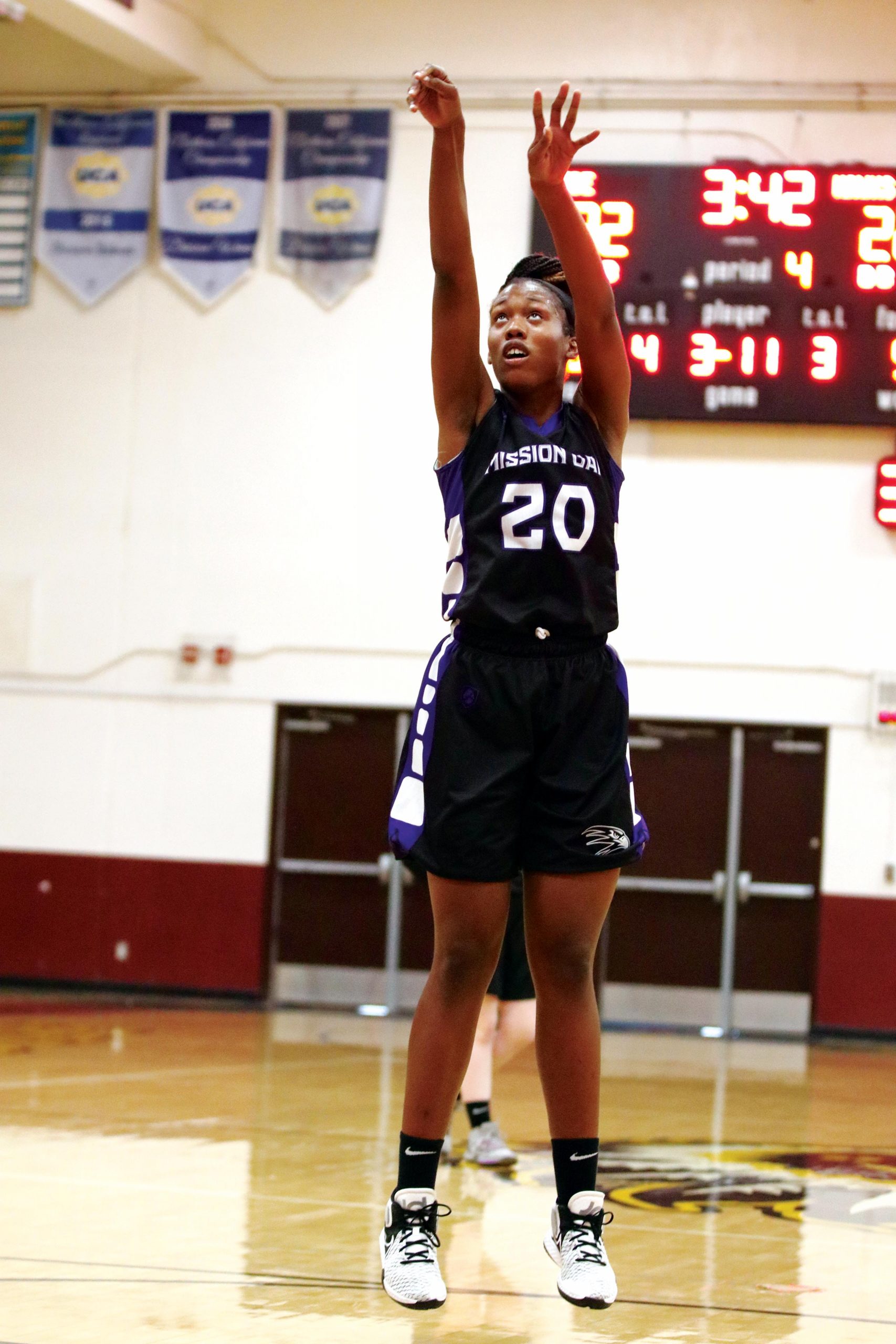 Mission Oak senior Dynasia Jefferson commited to University of Antelope Valley after a breakout junior season where she averaged 9.2 rebounds and 1.4 blocks per game.Photo by Jermaine Johnson II

“She’s a role model, her work ethic is tremendous. Her attitude is great. She’s very calm, has a very good demeanor and I want those younger players to see how she handles herself,” Caetano said.

Through their first seven games of this season, she’s nearly averaging a double double with 8 points per game and 10.4 rebounds per game. She opened the season with 17 points and 19 rebounds in a win against Porterville, last year’s Division III Valley Champions. Her scoring average more than doubled compared to last year which is an area of her game she deems has improved the most, and she credits her head coach as playing the biggest role in her on-court development.

“He worked a lot with me during the summer to get my shot better. Without him I feel like I wouldn’t have been able to improve my game,” Jefferson said.