SANGER – Losing a Valley title game is tough, but losing in the final seconds on a penalty kick in overtime will inflict gut-wrenching heartbreak on any athlete. Last Friday, the Tulare Union Tribe finished second in the Division II Central Section after a 3-2 loss to the Sanger Apaches.

The two evenly matched teams needed two 10-minute periods of overtime and two five-minute periods of sudden death to break the 2-2 tie. Both sides had their opportunities but it was Sanger who finally capitalized in the waning moments of the second sudden death period. A corner kick by the Apaches landed the ball in the middle of the box, which led to a clean shot on goal. The ball was heading into the net but was knocked away by the outstretched arm of a Tribe defender. That led to a red card which rewarded Sanger with a game-winning penalty kick, sending Tom Flores Stadium into a frenzy.

It was a tough ending for a Tulare Union team that played a remarkable game against a Sanger squad that has now been in the last three Valley Championships with back-to-back wins. Both sides spent the first period getting a good feel for the other before putting on a show in the second half. Fans in support of both teams made their presence felt throughout the night, which added to the competitive atmosphere.

Within the first two minutes of the second half, the Tribe had a great shot on goal and barely missed the net. This led to a quick counter attack by Sanger who took the ball down the field and scored, but an offsides penalty wiped away the goal. In the 51st minute, the leading goal scorer in Tulare Union history finally scored the game’s first point. Senior Jesus Enriquez found the back of the net before leading the team to a celebration on the sideline.

The reigning valley champions weren’t down for long as Sanger evened the score in the 59th minute. They maintained that momentum and scored again on a free kick in the 68th minute, giving them a temporary 2-1 lead.

Less than two minutes later, the Tribe swung the momentum back in their favor with a game-tying score by junior Alan Vindiola on a set play following a corner kick. Despite many opportunities and unlucky rolls, neither team could find the back of the net again until the late game-winner.

The disappointing loss wasn’t the end of the season for Tulare Union as they received the at-large bid for the Division II CIF Southern California Regional playoffs. They traveled to Valencia last night for the first round, which began after press time. 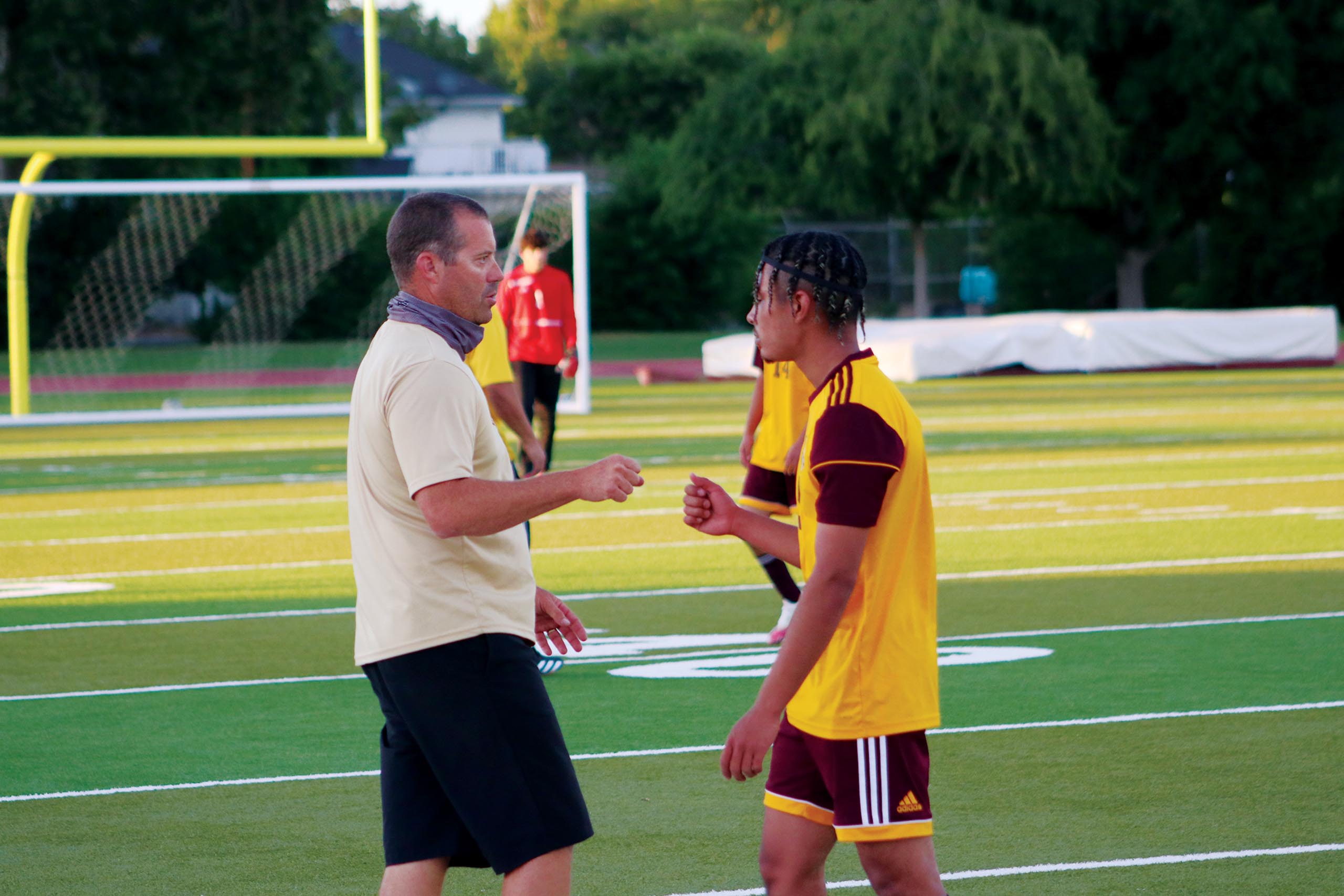 End of an era

This year’s Tulare Union boys soccer team made history by making it to the regional tournament for the first time ever. It comes in the last season under Mike Shaffer who will be stepping down as head coach to spend more time with his family. Shaffer spent nine seasons as the team’s head coach and was a part of an impressive program rebuild.

The Tribe had combined for nine wins in the two seasons before Shaffer took over. He matched that win total in his first season, but missed the playoffs. From there, they went on to make the playoffs in every season and embarked on a remarkable run of five league championships with three Valley championship appearances.

Shaffer deflects responsibility for the strong runs his teams have made, and instead gives credit to his coaching staff and an excellent wave of talented players that have come through the program. Before coaching Enriquez, the school’s current single season leader in goals scored, Shaffer also coached the previous three players who broke the record.