PORTERVILLE – There was a point in time when the East Yosemite League (EYL) ran through Monache. After securing consecutive league titles, the Marauders stumbled out of relevance. But third year head coach Junell Garcia has the team back on top with their first league title since 2014.

The battle of the EYL had an exciting finish. It came down to the final two games of the regular season between the Monache Marauders and last year’s Division III Valley Champions, Porterville Panthers. The Marauders were undefeated in the EYL heading into those final two games while the Panthers had one blemish on their league record. Porterville narrowly won the first meeting, in a game that was nearly even the entire way. Every quarter was decided by one point except for the second as they outscored the Marauders 13-8 which proved to be the difference as they went on to win 57-53.

The two teams were then tied for first at 6-1, leading to an exciting season finale as both squads battled again less than 24 hours later. Like before, both teams played a tight contest as Porterville had a narrow one-point lead after the first quarter. Monache went on to have strong runs in both the second and third quarters, outscoring their opponents 38-23. The Panthers couldn’t overcome the deficit and the Marauders clinched the league championship with a 70-58 win. It was the team’s first win over Porterville under head coach Junell Garcia, who began coaching the girls in 2018.

Following the league title, Monache went on to lose their playoff opener in a lopsided 57-27 loss to the Nipomo Titans. They had no answer for the physicality of the Titans who controlled the game from beginning to end. Monache senior and EYL MVP Danielle Garcia led the league in scoring and her 17.2 points per game ranked her in the top ten in the Central Section, but she was held to just five points against Nipomo. The Marauders ended their season with a 7-4 overall record.

Monache struggled in the EYL in the two seasons before Garcia showed up. However, prior to that, the Marauders were the clear favorites for several years straight. Between 2009 and 2014, they had won five straight league titles with just one loss in league over that span. They boasted a superb 60-game winning streak in the EYL that was snapped by Mission Oak in 2014.

Despite an irregular season due to the ongoing pandemic, Garcia has the program back on top of the league, with freshman sensation Alisha Verdejo returning as a centerpiece for the team. She finished second behind her teammate in scoring for the EYL and her 16.1 points per game ranked her in the top 15 in the Central Section. She also finished as a top-10 freshman in the state for scoring average. 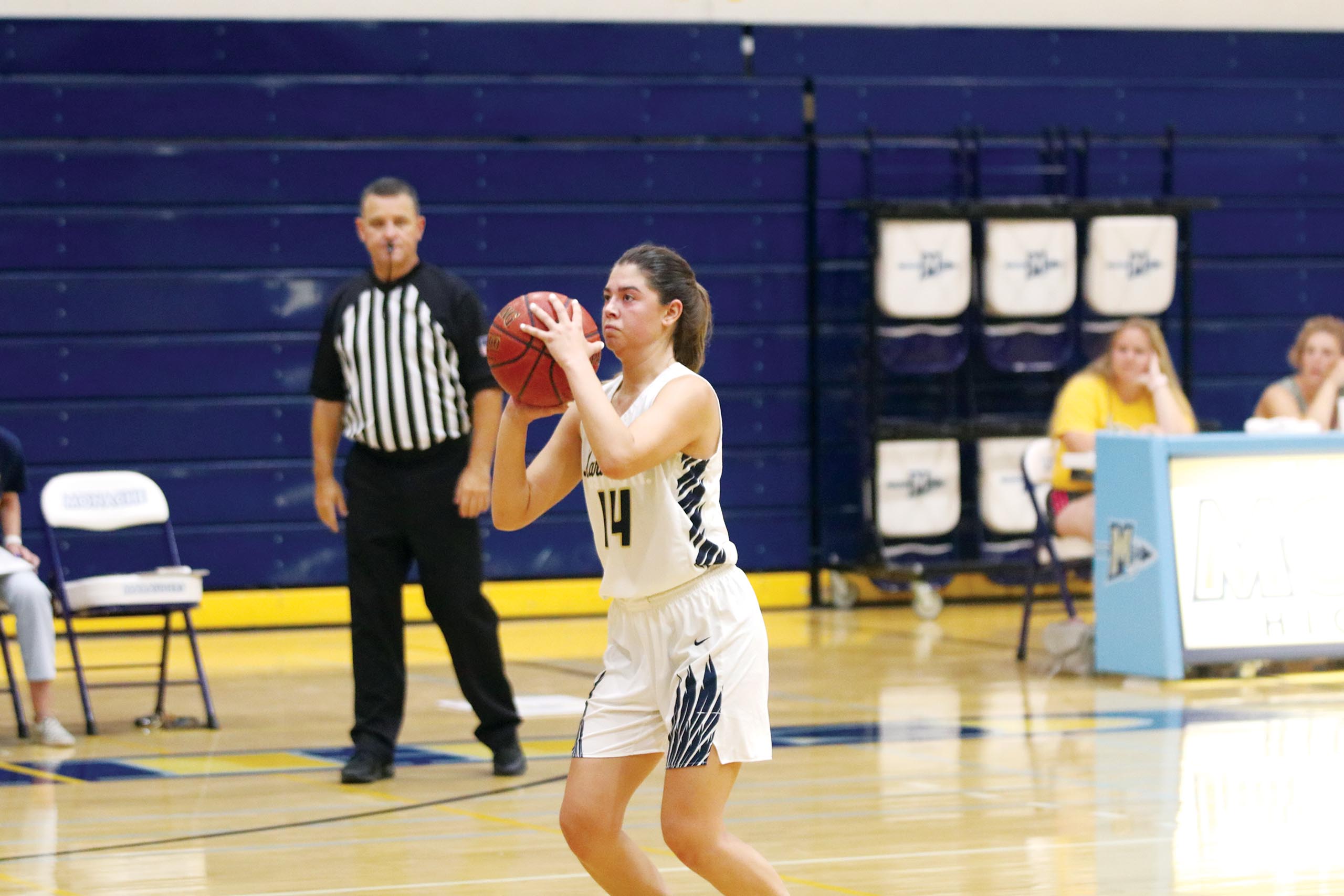 League MVP Danielle Garcia (shown here) led the league in scoring while freshman Alisha Verdejo finished second. Both finished in the top 15 in scoring for the Central Section.Photo by Jermaine Johnson II