Baseball: Monarchs back on top of CSL

EXETER – Last year the Monarchs were 6-3 before the season was cut short. This year they picked up right where they left off, en route to their first Central Sequoia League (CSL) championship in six years.

Following an 0-1 start in league, Exeter went on a six-game winning streak which vaulted them to the top of the standings. During that streak they secured big wins over Central Valley Christian and Kingsburg who both finished one-game behind the Monarchs in the CSL standings. All three teams split their season series with each other, which caused the standings to go down to the final game of the season.

Exeter had a chance to clinch the title last Wednesday, but suffered a late game collapse to Kingsburg. Both teams were trading leads and the Monarchs were up 5-3 heading into the final inning. They then gave up six runs and lost 9-6.

Thankfully for the Monarchs, all they needed was one win in their final two games and they were able to get the job done on the next night against Dinuba. When asked what he likes most about this year’s squad, head coach Kevin Kirkman mentioned the level of intensity that the team plays with. They compete with a chip on their shoulder which showed in their season finale against the Emperors, where they opened the game with a 3-0 lead following the first inning.

Dinuba finally got on the board with two runs in the fourth inning, but Exeter responded with three more in the fifth to go up 7-2. The Emperors did their best to claw back into the game with two more runs in each of the final two innings, but the Monarchs avoided another late game collapse. They sealed the victory and league championship with a 7-6 win. 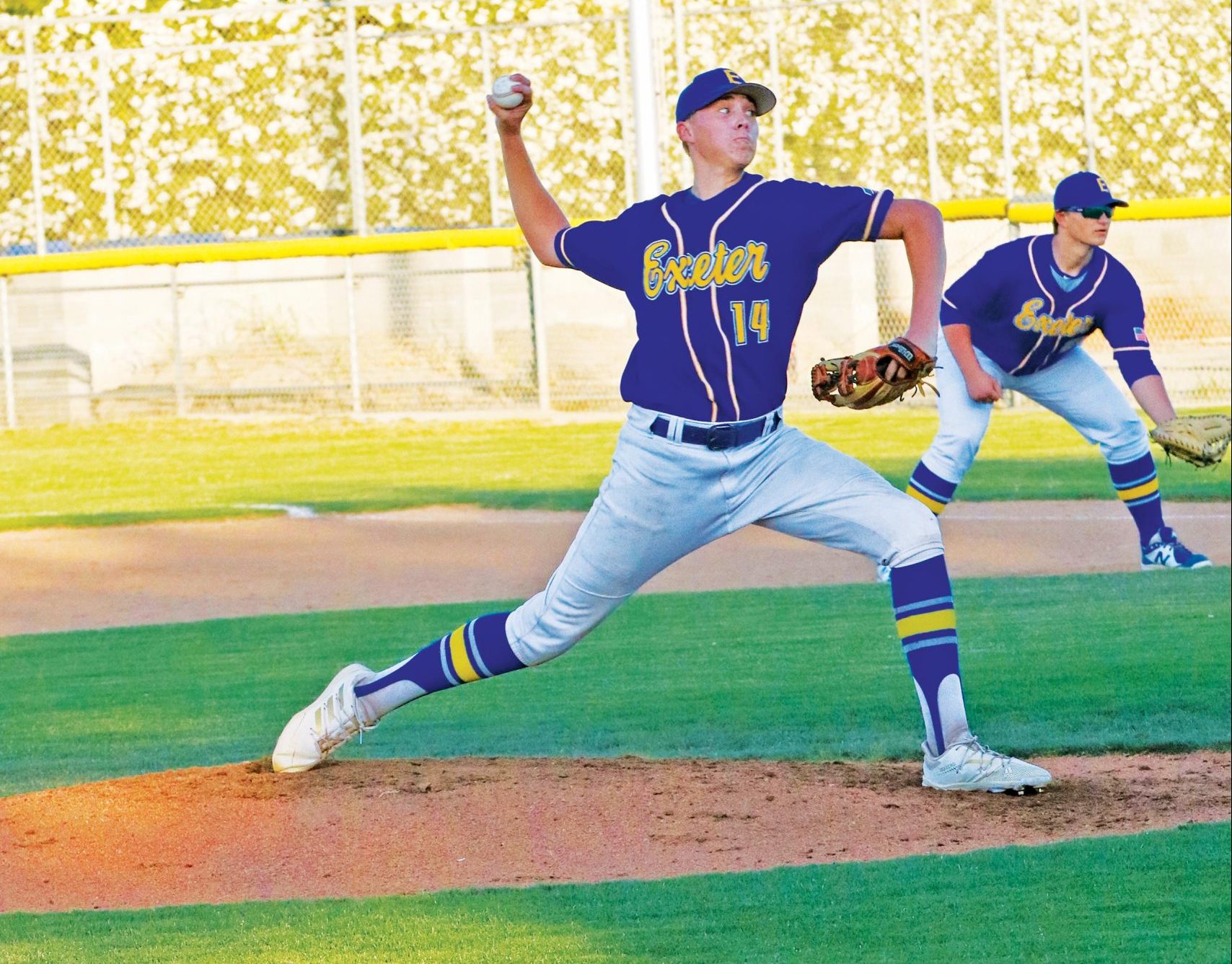 Senior pitcher Dylan See led the team on the mound with a 6-3 record.Photo by Jermaine Johnson II

Exeter finally ended a six-year championship drought, following a 2014 Valley Championship win and 2015 CSL title. It was quite the season turnaround for the Monarchs who suffered one of their worst losses of the year during their first league game against Immanuel, losing 17-6. They struggled with fielding and were decimated by injuries on the mound.

The team embraced the next man up mentality as a slew of seniors stepped up to save their final season in a Monarch uniform. Dylan See finished as the team’s leading pitcher with a 6-3 record. Isaac Gonzales also stepped up on the mound, finishing with a 3-2 record and 3 saves. At the plate, four different seniors finished with batting averages of at least .327. Jackson Brooks, Christian Farias and Hank Williams led the way as they combined for 57 RBIs.

The journey back to the Valley title game begins this afternoon as Exeter ranks No. 12 and will travel to Lemoore for a first-round matchup at 4:30.