EXETER – It’s been a historic year condensed into the last few months for the athletics program at Exeter Union High School (EUHS). Coming off last year’s canceled season, the Monarch track team has dashed their way through the record books by breaking a total of five school records for boys track events and one record for girls field events.

It seemed as if the boys track team was breaking a new record at every meet. They were led by the sprinters who had runners finish towards the top of the school record books in nearly every event. Variations of the boys 100-meter relay crew broke the record on several occasions, with the best time coming last Wednesday during the CIF East Area Qualifier. The team of Dewayne Coleman, Teneil Nichols, Alexander Riggi, and Liam Gair ran the event in 42.67 seconds which is also the fifth best time in the Valley this year. 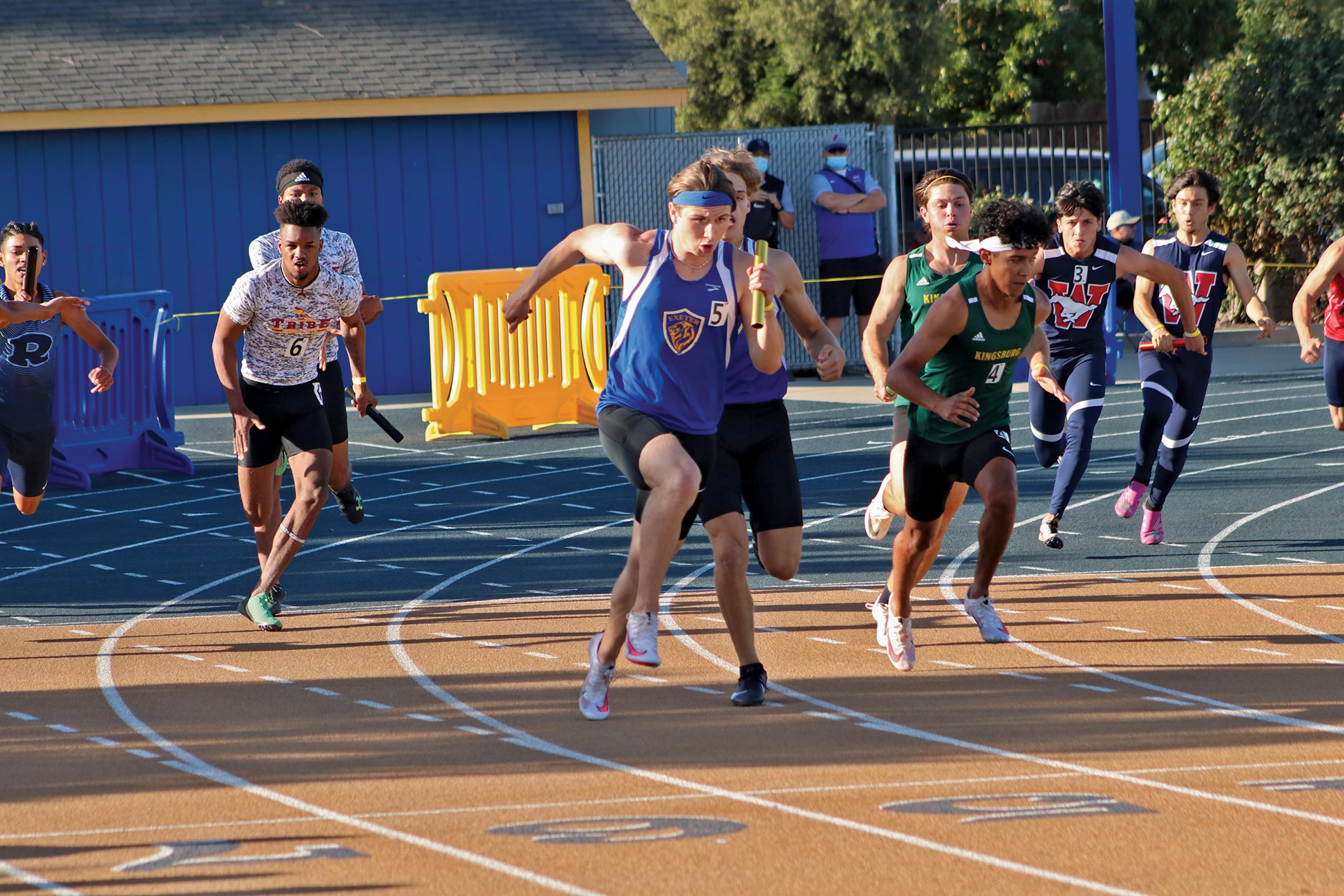 Riggi has his name all over the record books as he’s also the school record holder for the 300-meter hurdles. His time of 40.44 broke a 28-year-old record at EUHS and is currently the best time in the Valley.

Nichols also broke the record for the 100-meter dash with a time of 10.95, becoming the first person in school history to run the event in under 11 seconds. Additionally, he’s in the top 10 of long jumpers in the Central Section with his personal record (PR) jump of 21 feet 9 inches which was set back on April 21.

The 200-meter dash record was also broken this year by Gair who ran the event in 22.17 during the Central Sequoia League (CSL) championship and his time is in the top 10 for runners in the Central Section. His best 400-meter dash time of 49.31 wasn’t good enough for a school record, although he was less than a second away, but is still good for the third best time in the section.

Senior Parker Guillen was less than a second away from the school record in the 110-meter hurdles, but his time of 15.35 is the second-best time in the section and he’s only 0.2 away from the leader.

For the girls, junior Tillie Wendt broke the school record in the Pole Vault with a height of 8 feet, 8 inches. They also had a few other runners finish near the top of the record books, including junior Ivy Miller who set a PR in the 100-meter hurdles, 17.36, and 300 hurdles, 48.49. Sophomore Raelyn Dewitt is a name that could be atop the record books by the time she graduates, as she is approaching top times in the 100, 200 and 400. She has her work cut out for her as the top times in that event were set back in 2009 and 2010 by Melissa Levya, but head coach Darin Lasky considers Dewitt to be the second fastest girl he’s ever coached (behind Levya).

For the most of the track season, Lasky was away from the runners as he was coaching the girls soccer team to a Division IV Valley Championship plus a regional playoff victory. Keirsten Lamb, head coach of the football team, came over to help coach as a way to still be around the athletes once the football season was officially canceled. Several runners on the boys squad were once football players under Lamb including Coleman, Nichols, and Riggi.

“It’s actually been really cool for me seeing them do something different than running or catching a football, and seeing them compete in another arena,” Lamb said.