EXETER – Despite going into extra innings, the 60th Annual East/West All-Star game held last Saturday at Lions Stadium was too close to call. After 10 innings, both teams could only muster three runs as the game ended in a tie.

Tulare Union’s Jacob Costa took home MVP honors after going 2-3 at the plate while also pitching three innings with five strikeouts and no earned runs. He was a part of the east squad coached by Exeter head coach Kevin Kirkman and his staff. 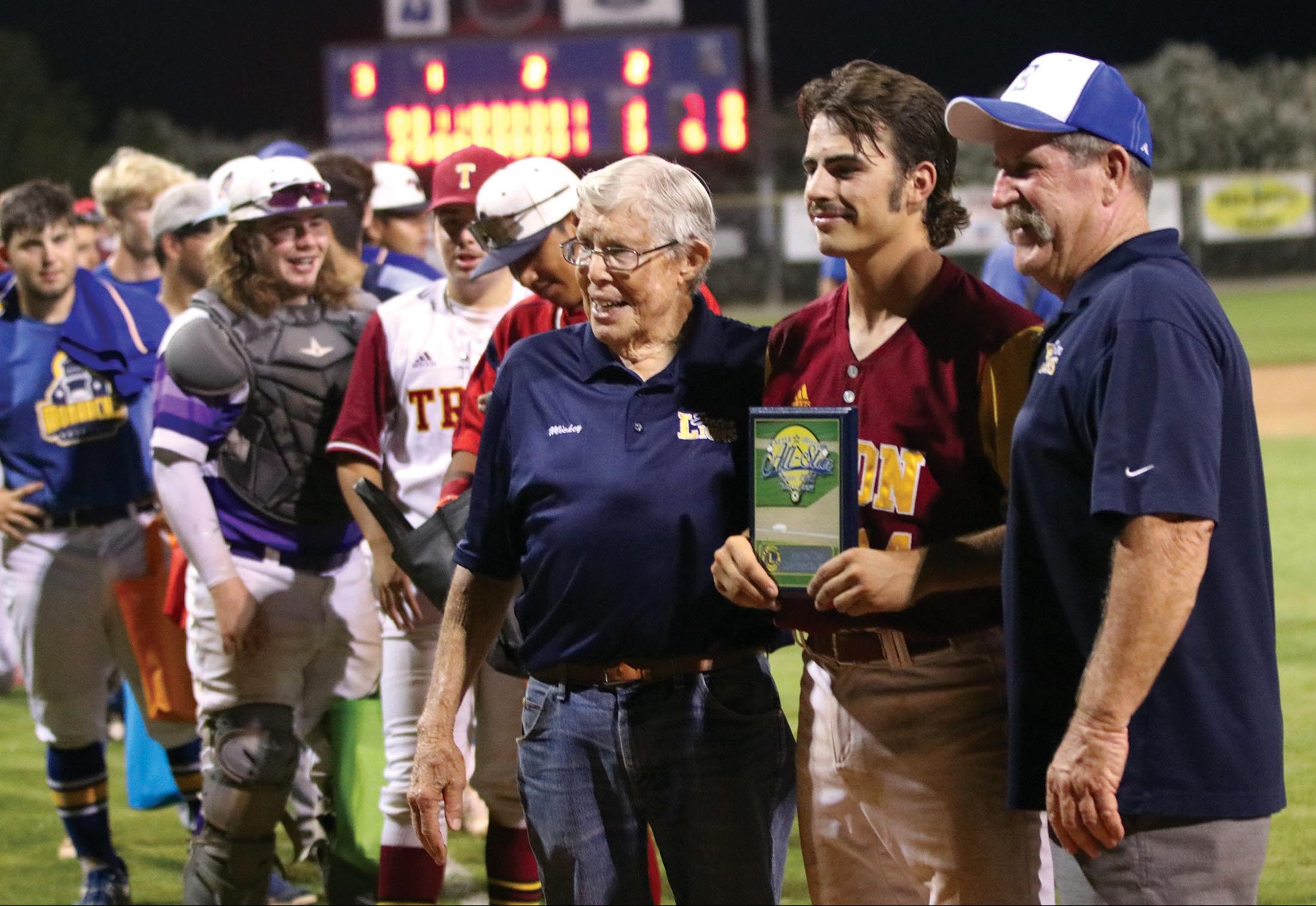 After the East took a quick 2-0 lead in the first inning, the game seemed destined to turn into an offensive slugging fest. That was far from the truth as the stars on both sides went on to showcase their strong defensive skill set, with the pitchers leading the way.

The West responded with a run in the third and fourth innings to even the score at two, but neither team was able to get on the board again until the 10th and final inning. Both teams started the inning with a runner on second base and both teams brought the runner home, but couldn’t score any more runs. 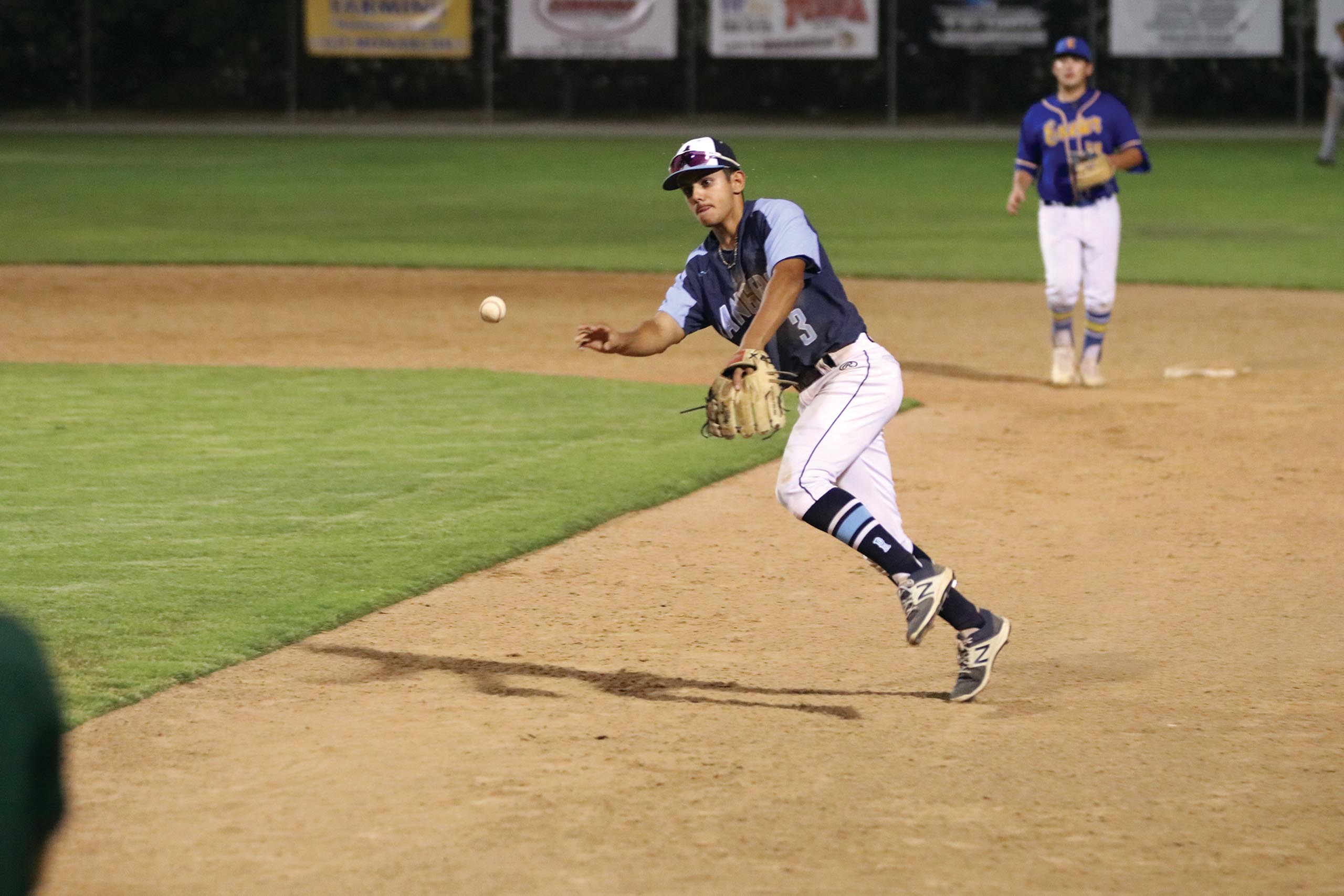 Redwood’s Lee Travino makes a clutch play on defense to throw a runner out at first.Photo by Jermaine Johnson II

According to Kirkman, the close score is a result of both teams being evenly picked by the Exeter Lions Club selection committee. They chose from a pool of seniors picked by head coaches from 27 high schools located from Dinuba to Delano. It was Kirkman’s second time being chosen as a head coach after Exeter won the Central Sequoia League. He was first chosen to coach the team in 2018 after the Monarchs made it to the Division IV Valley Championship game before losing to Fowler.

“For some of those players it’ll be the last time they play baseball. Most of them will go on and try to make the next level teams, but not everybody does. So hopefully last night was a good experience for them and something they’ll remember for the rest of their lives,” Kirkman said.

Both coaches were playing to win but most importantly wanted to make sure that every player received playing time. El Diamante head coach Dillon Kelley and his staff were chosen to coach the West squad after his first full season with the Miners. They finished first in the West Yosemite League and were one game away from a Division II Valley Championship appearance.

“I got lucky enough to have a group that went out and won WYL, that got me the opportunity to do this,” Kelley said. “Obviously it means a lot for us in the program but if it wasn’t for the kids, we wouldn’t be here for coaching.”