Aug. 21 is the official day to honor the Mission Oak grad and Olympic silver medalist, and he’ll have a mural painted outside of the Chamber of Commerce commemorating his performance in the 2020 Tokyo Olympics

TULARE – When Richard ‘Kiki’ Torrez Jr. was a kid, his dad would take him by the building that is now the Tulare Chamber of Commerce, to look at the Olympic Gold mural of Sam Iness and Bob Mathias. They always knew that Kiki would one day have his own mural next to the two legends, and the day has finally arrived. The city of Tulare named Aug. 21 as Richard Torrez Jr. Day and announced that a new mural will be painted in his honor after he earned a silver medal while competing in the Super-Heavyweight division at the 2020 Tokyo games. The Tulare Joint Union High School District is also in discussions to name a facility at Mission Oak High School after the Olympian.

The festivities continued as Torrez Jr. along with his parents and sister headed over to their family-owned Tulare Athletic Boxing Club, where they traveled via motorcade to Bob Mathias Stadium to begin the official welcome home celebration. For Kiki, the true celebration began upon returning home from Japan.

“It felt like everyone was saying hi, even the trees and the cows,” Torrez Jr. said.

The 22-year-old headed to Tokyo with a point to prove. In 2019, Torrez Jr. was brutally knocked out by Uzbekistan’s Bakhodir Jalolov. He was sent to the hospital and left questioning his future in the ring.

“That’s one of the worst things that can happen in a boxing career. A lot of people say once you get knocked out, your career is over,” he said. 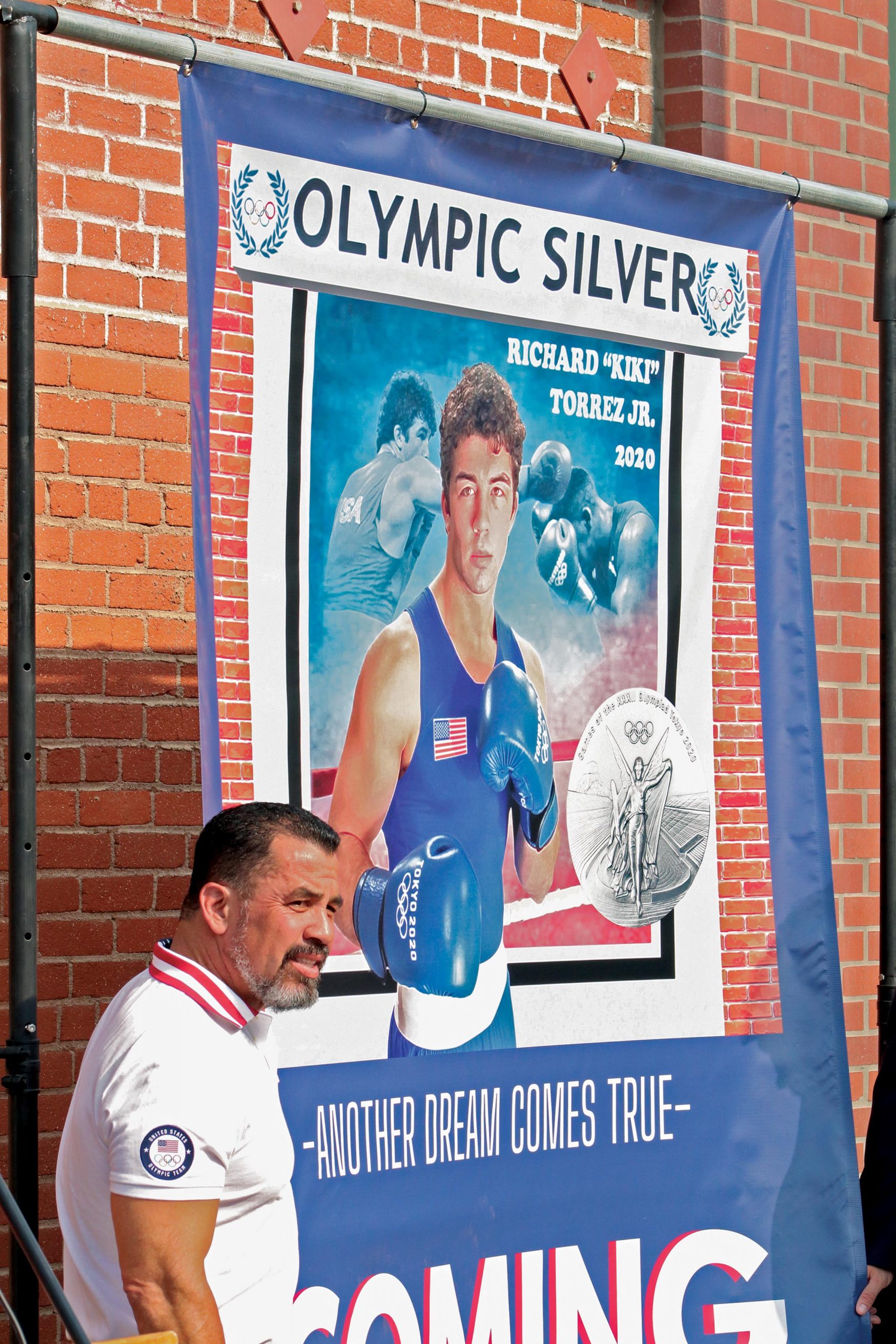 Richard Torrez Sr. poses next to the rendering of the mural set to be painted to remember his son’s 2020 Olympic performance. 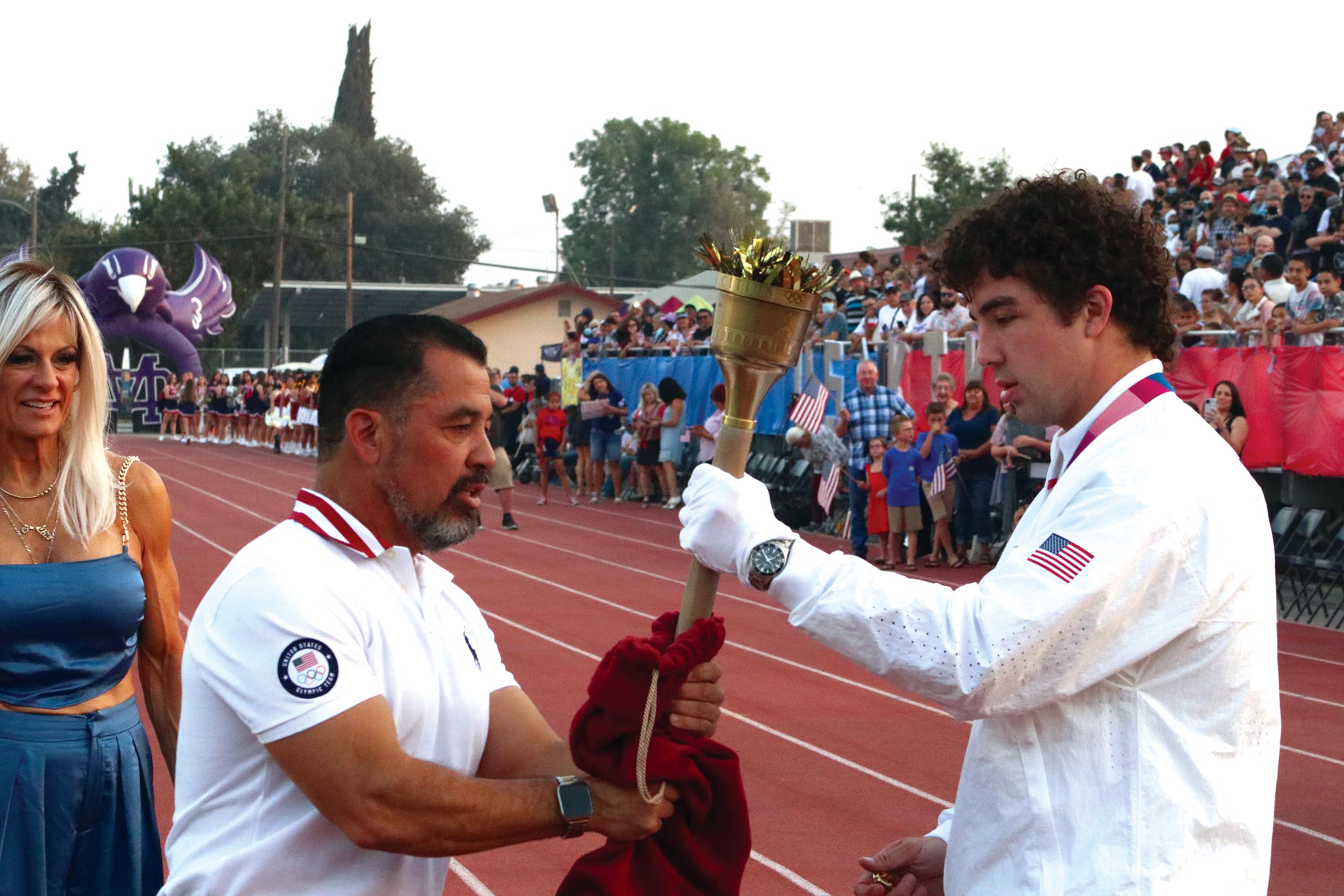 Quitting isn’t a quality that exists in the DNA of Torrez Jr.’s boxing lineage. He got right back in the gym and trained for the opportunity to represent Team USA in the Olympics, which was delayed a year due to the ongoing pandemic. Once he was finally there, he breezed through his first three matches against boxers from Algeria, Cuba and Kazakhstan. He won his first fight via unanimous decision and earned a spot in the gold medal match after a TKO in the semifinal round. That set the stage for a storyline that would rival Hollywood’s best boxing films: Torrez Jr. was set to rematch Jalolov for the gold medal.

Standing at 6’7, Jalolov towered over the 6’2 Torrez Jr. The kid from Tulare put his fears aside, and came out swinging in the first round of three. The judges slightly favored Kiki in the first round which awoke the sleeping beast inside of his opponent. The next two rounds went to Jalolov who then won the gold via unanimous decision.

“I gave it my best shot. I gave it 110%. No matter what the outcome, I knew I was going to give it my all,” Torrez Jr. said. “I don’t know if I’d say I’m satisfied but I’d definitely say I’m proud of what I did. I’m excited to see what I can do in the future for the town, community and for myself.”

Kiki joins Mathias and Iness as the only natives of Tulare to earn an Olympic medal. He is also the first American in his weight class to reach the gold medal match since 1988. As captain of Team USA boxing, Torrez Jr. played a significant role in the team’s best finish since 2000 as two other men claimed silver medals including Duke Ragan as a featherweight and Keyshawn Davis as a lightweight. Oshae Jones also won bronze in the women’s welterweight tournament.

Kiki plans to make his professional debut soon but also has a desire to stay in the Central Valley and give back to the community that raised him.

“I just want to say to everybody: stay tuned…big things are going to continue to come,” he said. 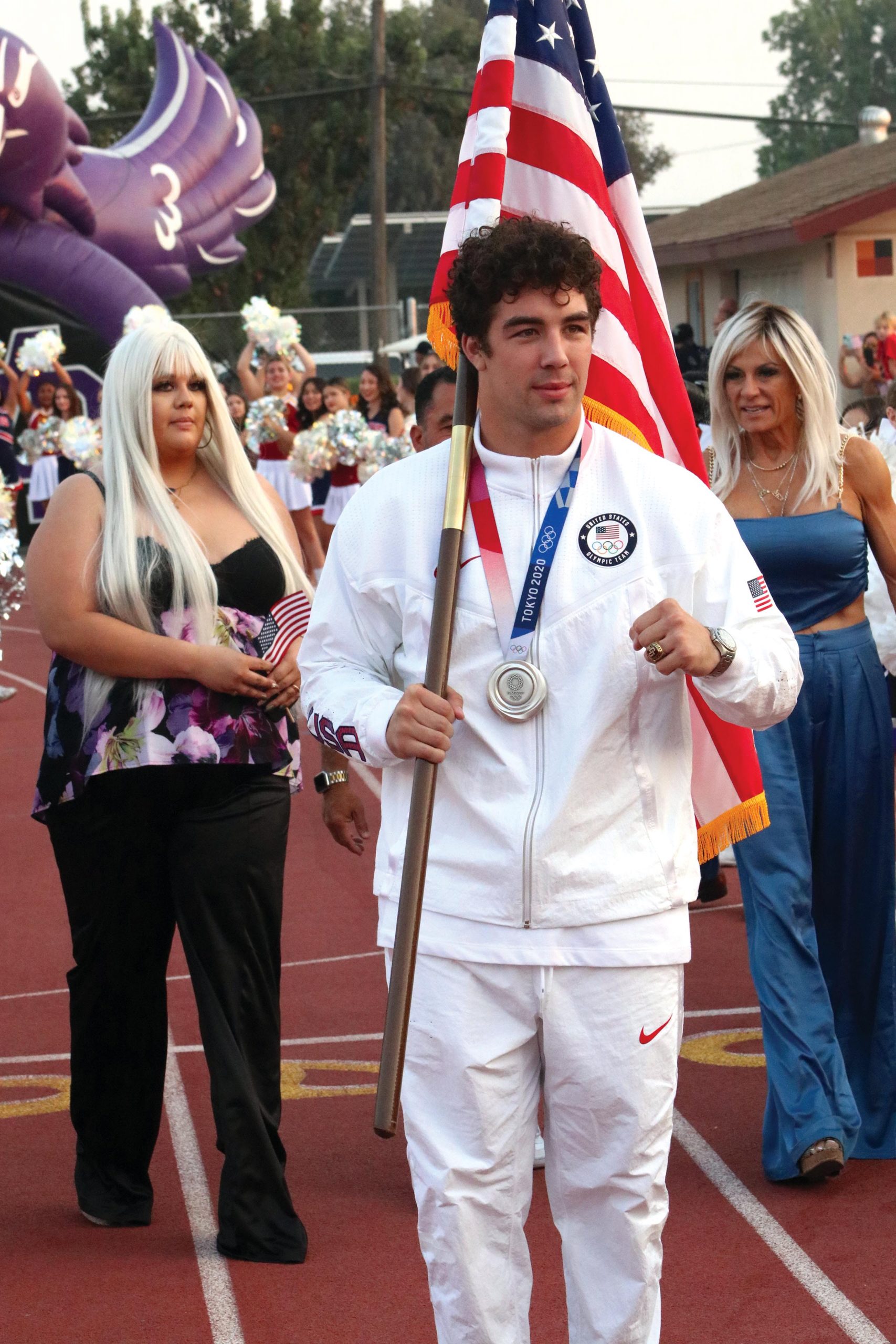