VISALIA – After the first rains in recent memory washed the weeks of smoke from the valley air, the Central Valley Christian (CVC) Cavaliers suited up to defend their home turf from the Kingsburg Vikings for some Friday night lights action between the Central Sequoia League’s (CSL) top two teams. The Cavs couldn’t quite go the distance on homecoming night, though, losing to the Vikings 8-12.

Cavs quarterback Max Bakker threw a pick on the opening drive of the game, a precursor of the offensive struggles the rest of the game. After Kingsburg quarterback Ethan Windslow went down with an injury on the next drive it seemed like CVC might have the upper hand, but the Vikings’ backup quarterback was able to put six points on the board shortly after. 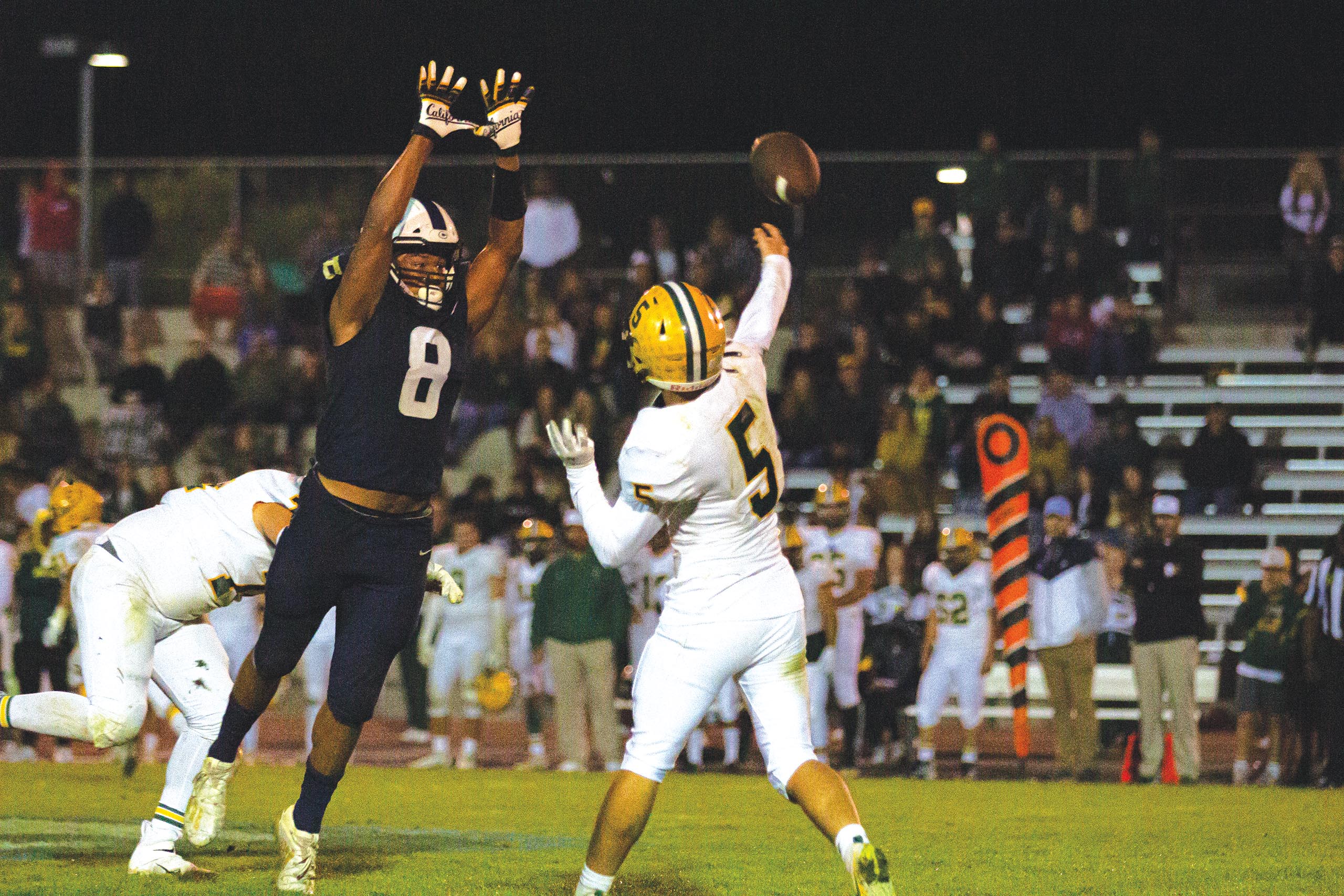 Cavs coach Mason Hughes, a Kingsburg native himself, praised the Vikings coaching staff for adjusting on the fly after losing their starting quarterback.

“If there’s any team that can handle losing their quarterback, it’s those guys. They’re very well coached, they do well on the fly,” Hughes said. “They’re very good on defense and we played poorly on offense, there’s no other way to say it.”

The Cavs were able to get in the end zone for eight points after a big catch in the second quarter, but that would be all the offense the team could muster for the rest of the night. Multiple CVC defenders were called for unsportsmanlike conduct after celebrating a big fourth down stop that cost the team the play, something Hughes said got the better of the team on homecoming night.

“I’m proud of them for how hard they fight, but I thought we let the emotions of the game get the better of us at times,” Hughes said. “That was a big game just now, and we didn’t execute when we needed to.”

Big games call for big players, and CVC’s 6-foot-4 junior Jaeden Moore showed out on defense with 19 tackles, holding the Vikings to just 12 points, but it just wasn’t enough. Moore explodes off the line on both sides of the ball but seems to shine on defense, where he’s earned multiple Division I offers, including offers from the University of California, Berkeley and Fresno State.

“Great teammate, great player,” Hughes said. “That’s what a Division I scholarship looks like and plays like. He was all over the field. He’s a great big kid, loves his team mates, loves his school and loves football.”

With three league games left and two of them on the road, Hughes said the team prides themselves in pinning teams back on special teams and fell well short of that Friday night, but there’s only one option moving forward.

“I think the game plan moving forward is the same game plan it was before this game,” Hughes said, “trying to win every game. We’re going to go out there and practice our butts off, play our best and win, but we’ve got to get better clearly because we’re going to face teams every week that are going to put up defense like this.”