Monarchs set to square off for the CIF Division IV State Championship this Saturday, Nov. 20 at Santiago Canyon College in Orange

After being crowned as the Division IV Southern California Regional Champions, their next opponent will be the northern California champs, University Prep in the state championship game. Exeter is set to square off at Santiago Canyon College in Orange, near Los Angeles at 11 a.m. on Saturday, Nov. 20. 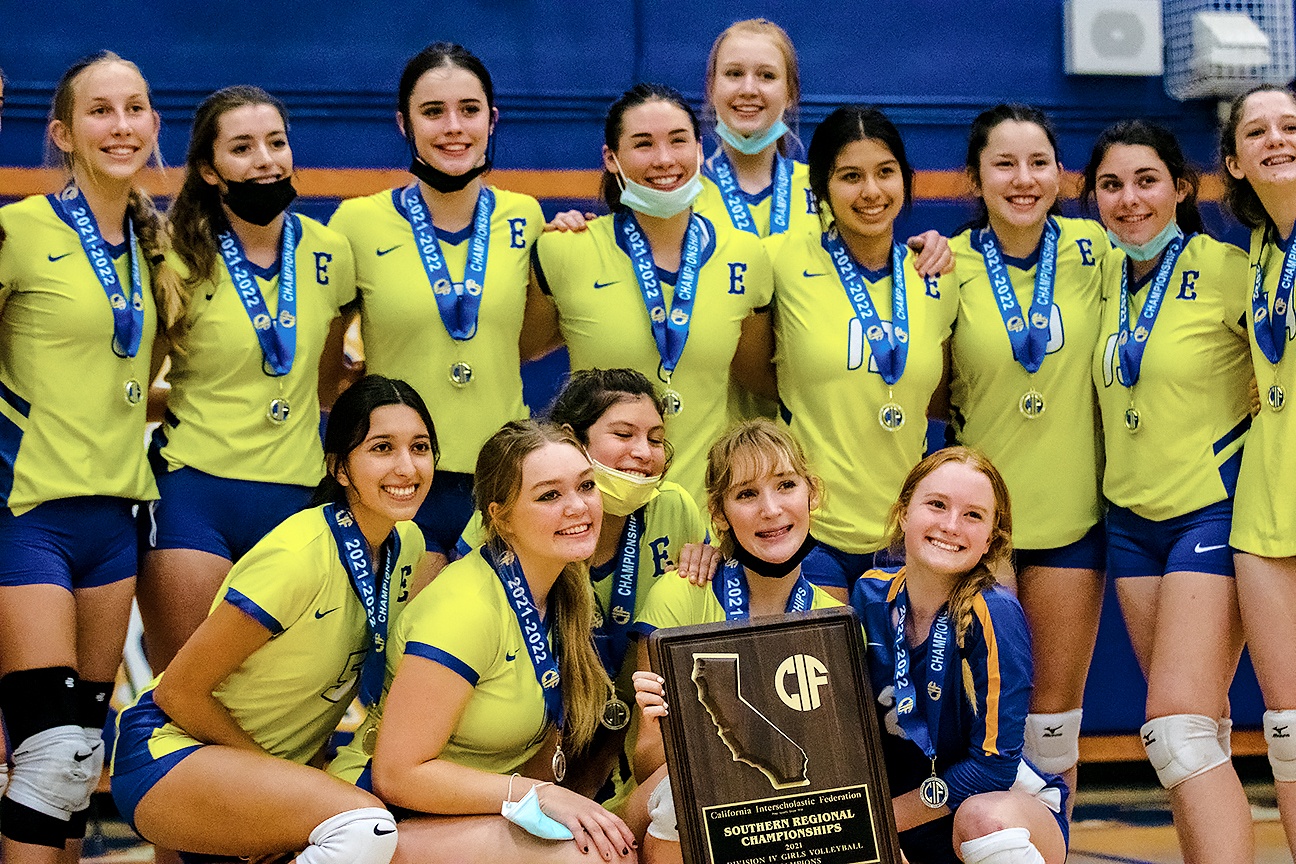 Perhaps there was no better way to celebrate a birthday for Tiara Daly, who also had the game-winning kill, than to become a regional champion. But the win was far from certain after dropping their first set early, and then coming back to win the next three. In the last two sets of the game, Daly was one of the few girls to have the most blocks and spikes of the night.

While it felt good to win on her birthday, Daly said her sole motivation was to just come out with a victory .

But Daly didn’t do it alone, Hannah Baker had the crowd on the edge of their seats the whole night. She had the most attack plays of the game. She was, “really excited for this win because no [Exeter] sport has been able to come this far in a long time.”

Haven Rich was also a very aggressive player in tonight’s game having a high “kill” count throughout the night. “To be honest there are no words. I’m very excited for Saturday. I’m very happy” Rich shared after the game.

Coach Samantha Hilvers couldn’t be prouder of her group of girls. When asked about the team’s effort last night she explained that, “they played all out. They left it all out on the court, and even if they lost they played with their hearts and aggression.”

In Hilvers eyes, the turning point of the game was when the girls started to calm down after set one and began to play with confidence. The girls beat San Juan Capistrano Christian 3-1 and every set was close. In set one, they fell short by just two points but we’re putting up a good fight on the defensive side. 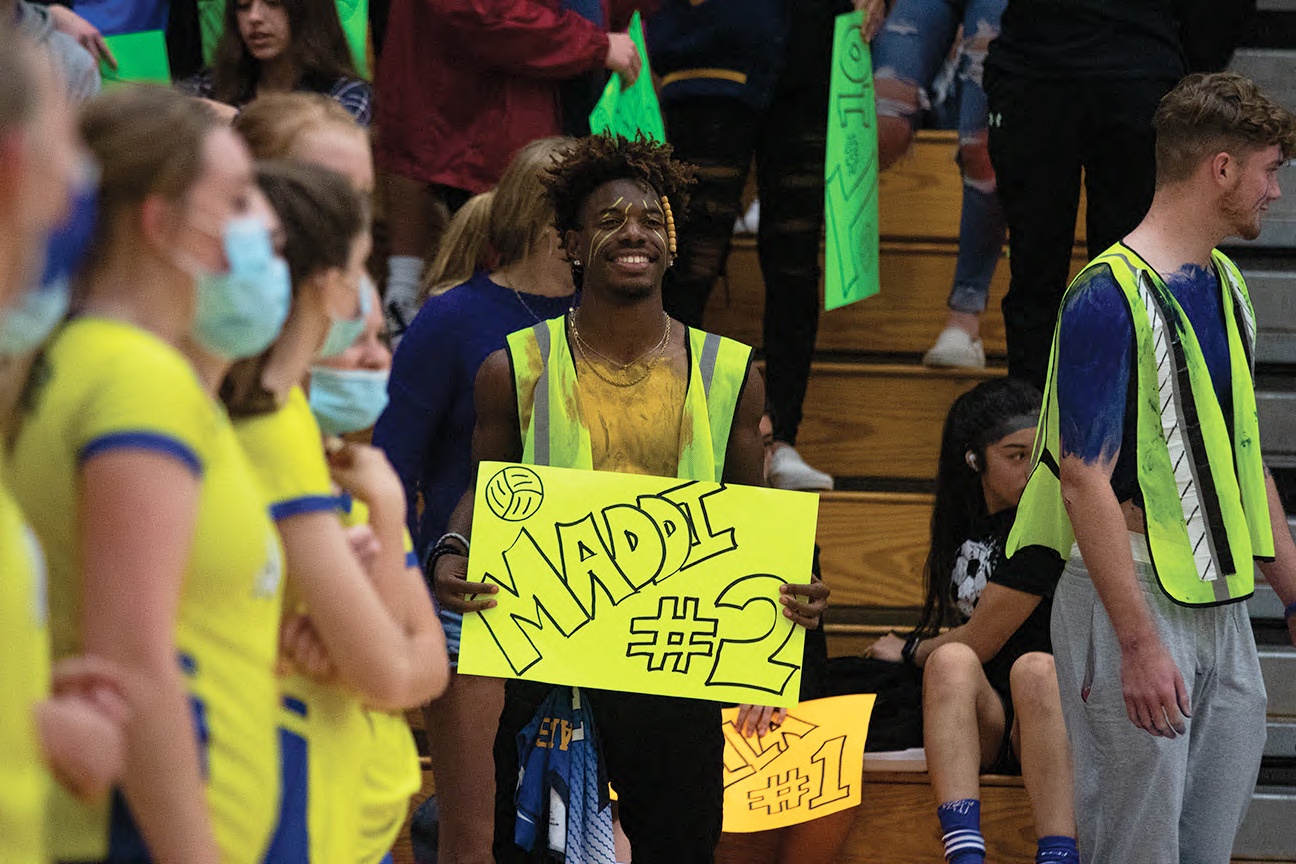 Exeter students showed out for their Monarchs during the So. California Regional championship game.

Once the girls settled down after the first set they started to trust that they had each other’s backs. They started playing longer rallies, blocking the ball more and digging the ball up so one of their teammates could spike it into one of the empty spots on the other side of the court.

For set three the San Juan Capistrano Christian girls were putting up a fight leading to the longest rallies. Many of the Monarchs’ kills were coming from Rich and Jayla Iverson. The final set brought aggression in both teams. San Juan had to win this set to stay in the game or the Monarchs would take the win. Both teams were on high alert.

The Monarchs had many key blocks in this set to protect their lead. On both sides of the court, the tension was high. All anyone could hear was both student sections yelling and screaming waiting to see what would happen next.

The fourth set was close, but aside from a long game filled with extended sets, the final serve was a quick rally, bump, set and spike to end the match.

The crowd exhaled in cheer as they celebrated with the Monarchs on their home court.