Strathmore defeats the Tulare Western Mustangs 25-35, coach states there is still a lot of work to do

STRATHMORE – The 2020 state champion Strathmore Spartans are in the midst of finding a new path forward now that all star Jasmin Soto has graduated from the team. And while preleague games don’t count for much, defeating the Tulare Western Mustangs 35-25 last Thursday, Dec. 2 is a good step in the right direction.

The Mustangs started off the game with a winning tip-off and a quick layup. They scored 2 points in the first quarter by Jenna Smith. Strathmore quickly recovered with 4 points all made by Abi Mejia, a senior at Harmony Magnet Academy. Mejia had 2 more points that quarter followed by 3 points from Joseli Gutierrez, who’s also a senior at Harmony. 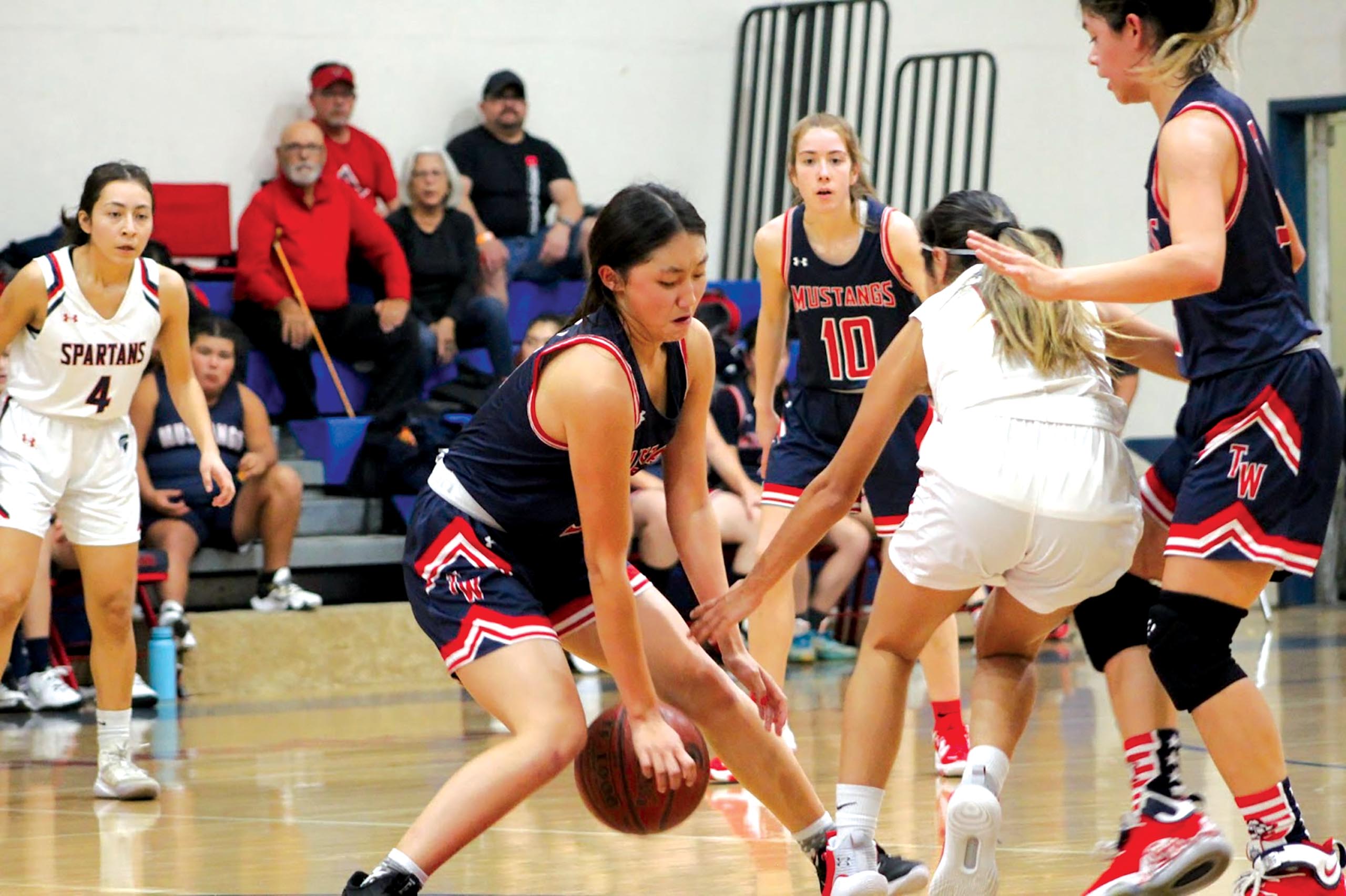 The second quarter ended with the Spartans leading 20 to 8.

After halftime the Mustangs came out on fire but Strathmore’s relentless press and impressive teamwork seemed to reign in the Mustang’s attack. Still, Tulare scored 11 points to Strathmore’s 10.

Strathmore sealed the deal in the fourth quarter ending the game 25-35. Alexis Ibarra and Mejia played important roles in securing the win for Strathmore, Ibarra had an impress defensive performance with 5 rebounds, 5 steals, 2 assists and added 2 points to the offensive side of the ball. Mejia had an outstandingly balanced performance with 5 rebounds, 1 steal, 2 assists and 6 points. Top scorers of the game were Gutierrez from Strathmore with 10 points and Addison Lee and Jaida Padilla with 6 points each from Tulare.

After the game opposing coach Jeff Denny said his team’s, “strength was in the second half. We came battling back. But we have an older team with some seniors and inexperienced younger players… Our best player tonight was probably Olivia Machado.”

Machado is a sophomore at Tulare and scored 3 points against Strathmore. When asked what the Mustangs will do differently in the future, Denny said they need to work on the fundamentals.

“We’re still young and learning the game, so we just need to improve in those areas and we’ll be alright,” Denny said.

The Spartans won but it is a very different game from the way they played in the past. Head coach Richard Miranda said the difference is mainly due to a lack of knowledge.

“We had a very unique situation last year, I mean we had the [Division 5] state player of the year [Jasmin Soto]. So that makes a big difference,” Miranda said. “Her IQ of the game was off the chart, whereas that’s where we’re having to start all over as far as rebuilding with the freshman and sophomores that we have.”

He hopes the seniors he has can lead them and build on their win against the Mustangs. But he wants his players to develop their “IQ” on the game.

Strathmore has won the East Sequoia League the last two years, thanks in large part to Soto, who shattered not only Strathmore scoring records but also state records. Strathmore has a challenge before them for the upcoming season and on Thursday they met it with a win. Spartan fans will be eager to see how this team will learn and grow moving forward.