They did well enough to win two out of three games. Their first win was on Dec. 9 when they trounced the Monache Marauders 32-14. 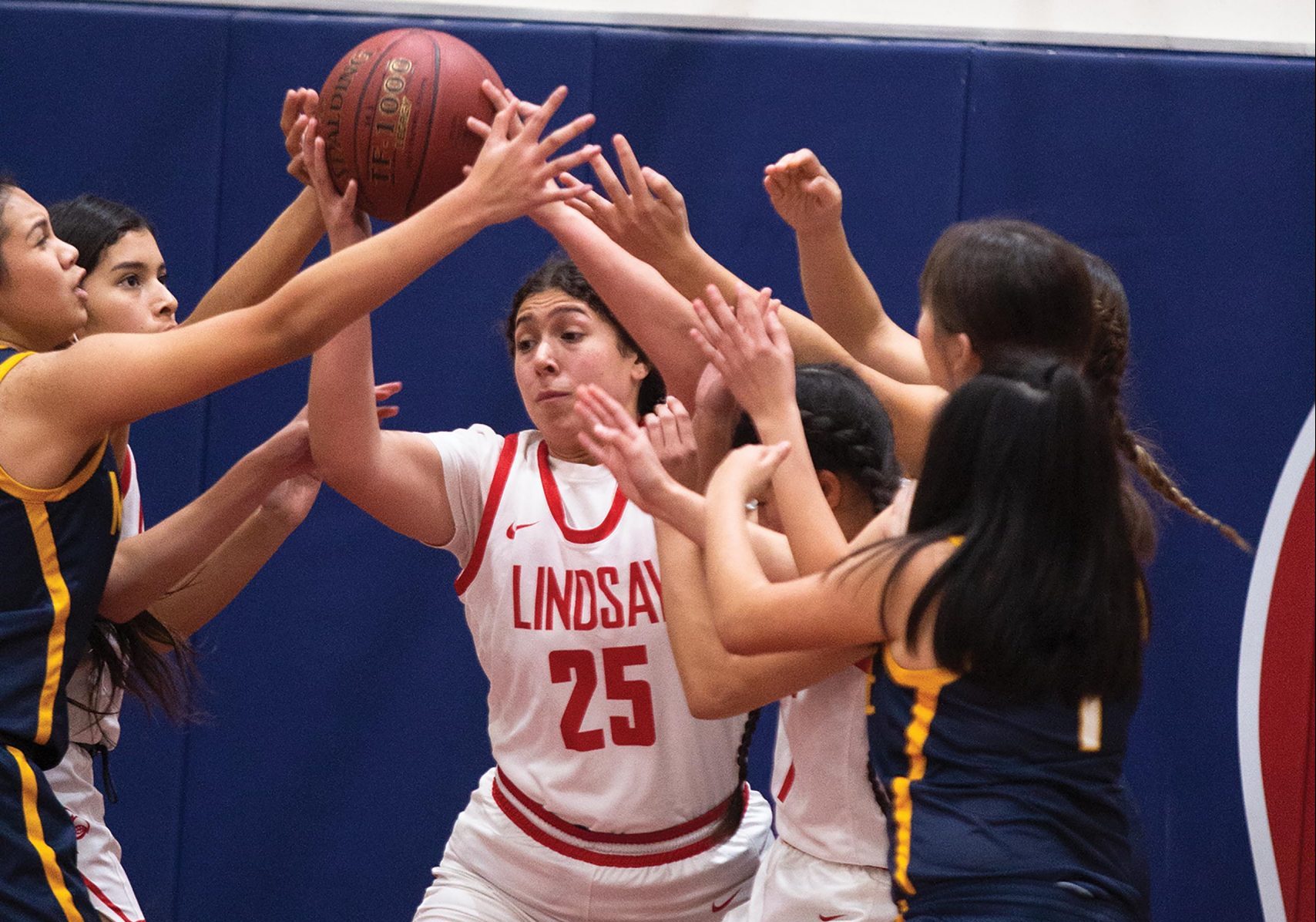 Junior Kiara Diaz fights through four Porterville defenders under the rim during the Strathmore tournament last weekend, Dec. 9, 10 and 11. Photo by Brianda Lemus-Ceballos

Their first win in the tournament was a small step toward realizing their goals as a team, according to new head coach, David Nucum. Coming from Porterville High School as an assistant coach Nucum is in his first year as head of the Cardinal squad.

“We set some goals as a team; we sat down together with all the girls. This being my first year,” Nucum said. “Going into the playoffs [would be] something special for Lindsay.”

The Cardinals kept a steady lead throughout the first half ending the first quarter 6-2 and the second quarter 13-4. Senior Azaria Loya took rebound after rebound adding six points in the third quarter, leaving them with a 25-8 lead.

“We talk about executing some of our plays,” Nucum said. “We put in some new stuff in there this week, and I think they executed pretty well.”

Monache fought hard throughout this game. Freshman Molly Ortega carried her team with several blocks as the Cardinals attempted to score. Lindsay found their way around Ortega as they added seven more points in the fourth quarter ending the game at 32-14.

Jonathon Bartlett is also head coaching his first season at Monache High School. Bartlett came from coaching Rising Starts travel team with Lindsay coach Nucum. Although he wasn’t too happy with his team’s outcome, he said his team had to do a lot of work for the successive win.

“I’m hoping they learn from these games. Hopefully, they learn, and they can come out and perform during the season,” said Bartlett.

Lindsay played Redwood with a 49-24 loss and ending tournament with a win against Kennedy 35-28 bringing up own record to 5-5.