PORTERVILLE – Friday night at 7 p.m. the Granite Hills Grizzlies and the Woodlake Tigers met in their second league meeting of the year. Granite HIlls was heavily favored last time they met on Jan. 19, and they proved why with a lopsided 72-23 final. This time with the Grizzlies hosting for their senior night they seemed to pick up where they left off.

From the tip-off it seemed like it would be a close game after Granite Hills held on to a 14-8 lead by the end of the first quarter. But with an offensive outbreak in the second quarter the Grizzlies seemed to have this one in the bag leading 32-14 at the half. After the break the Grizzlies kept the pace of steady offensive production and solid defense to end the game 56-33. 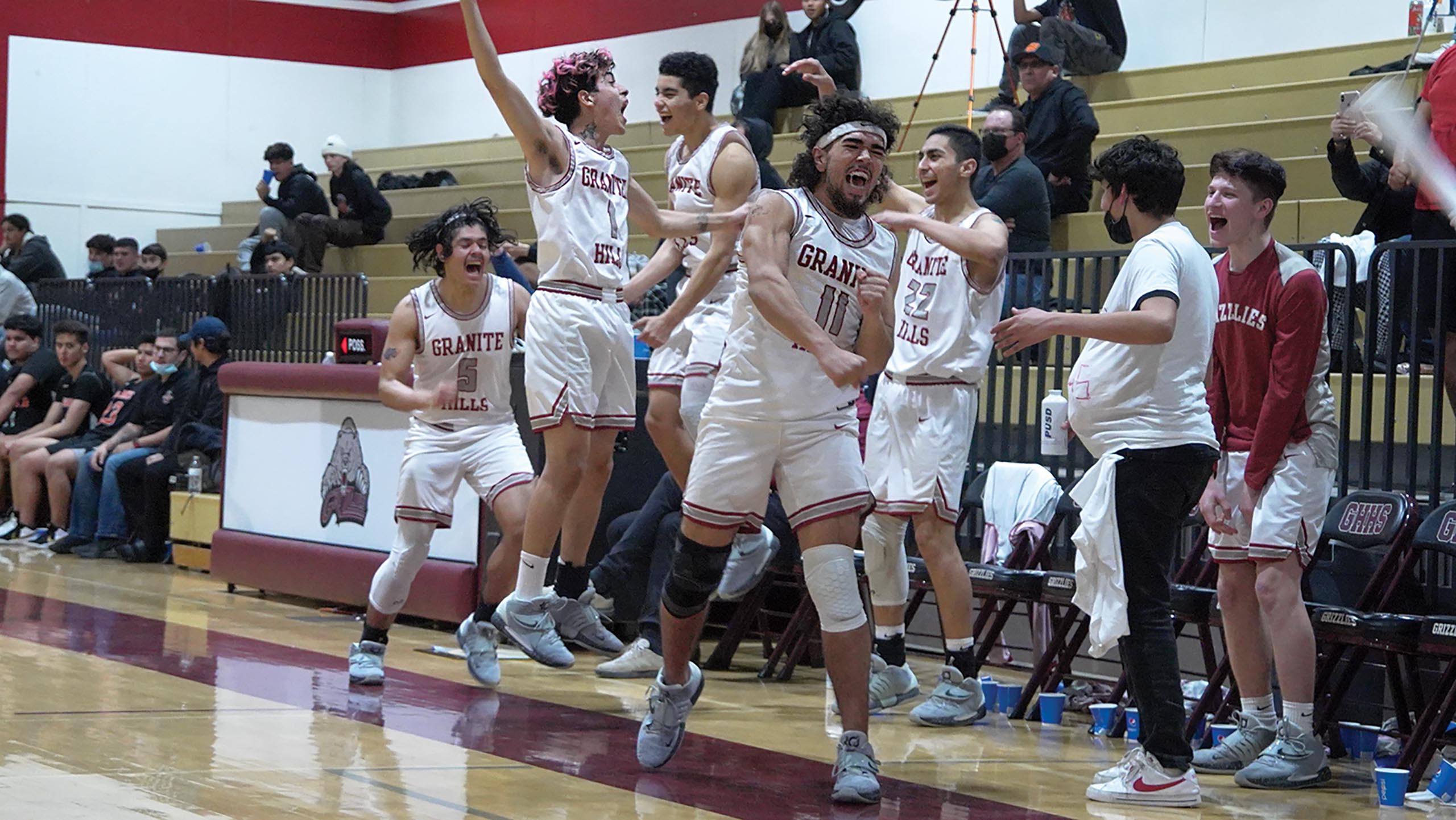 For the Grizzlies it was junior Angel Perez who led the scoring with a whopping 24 points. Senior Adam Sandoval who left the game in the third quarter with an injury and Junior Blas Diaz  also contributed 24 points combined.

When asked about the team’s performance head coach Bud Luther said that his team played hard.

Sandoval was proud of the win because it notched another win to their season, and it showed the improvement his team has made over the last four year.

“I wouldn’t have wanted to spend [the last four years] with anyone else. These guys show up and work hard but the season’s not over. We still got playoffs and I’m looking forward to leading us to our first playoff win in a while,” Sandoval said.