VISALIA – Redwood opened the season with a razor close 28-21 loss on Friday at home against Centennial High School.

Friday night’s matchup really was a tale of two halves. The first half saw a strong performance from Centennial.

Centennial’s first touchdown came on their second drive of the game. Quarterback Adam Copus completed a 59 yard pass to Hoben Huge to put Centennial on the board and make the score 7-0 in the first quarter with four minutes to go.

Centennial would strike again when Copus found Jaxton Santiago for a 58 yard touchdown pass with ten minutes to go in the second quarter making the score 14-0.

Redwood would get their first touchdown of the night via fullback Jacob Flores who ran the ball in for a two yard touchdown. Making the score 14-7 in favor of Centennial. 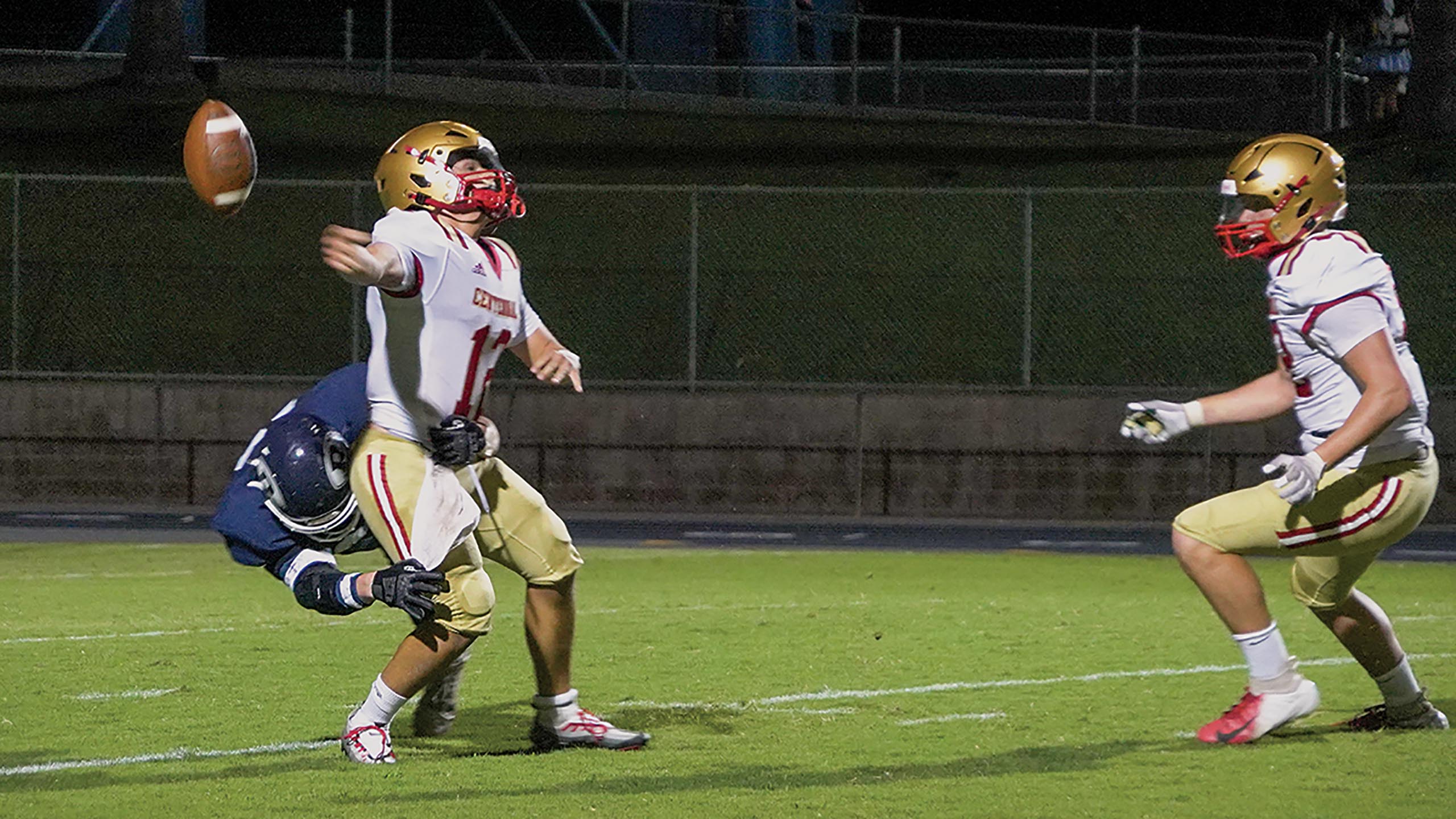 One of the bright spots in Redwood's opening season loss to Centennial was a sack that forced the quarterback to lose the ball.Photo by Rigo Moran

The first half would end with Centennial scoring a touchdown courtesy of a 6 yard pass once again from Copus to Santiago.

The first half no doubt was a big one for Centennial. However, Redwood responded in the second.

Redwood scored first in the second half via a  2 yard run from running back Alex Perch with 6 minutes to go in the third quarter.

The final touchdown of the night was Centennial rushing it in with eleven minutes to go in the half. 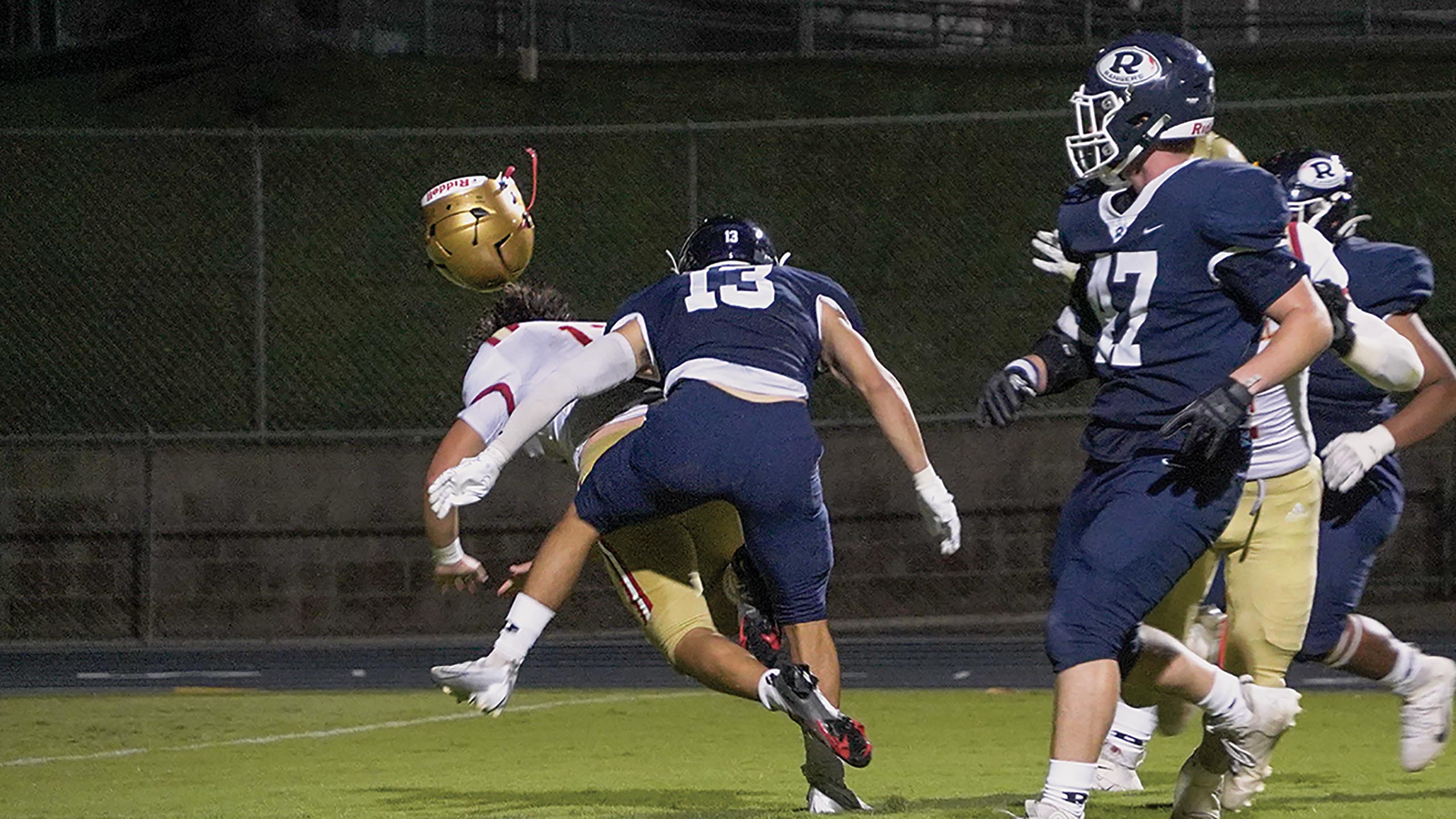 Pressure was put on the Centennial quarterback at points in the night, in particular signified by losing his helmet during a sack. Photo by Rigo Moran

Redwood was unable to score again and Centennial secured the one score victory.

Centennial came out of this game with a massive win against a talented team, Centennial wide receiver Jaxton Santiago felt Redwood was a very tough team.

“They were well coached. They really never gave up. We got up two touchdowns at half and they came back fighting.”

Santiago went on to say that he hopes Friday’s win can be something his team builds off of throughout as the season continues.

On the other side of the field Redwood started off the season with a tough but rather promising loss. Ranger wide receiver Evan Galley feels that despite the tough loss, Redwood has a lot of hope for the rest of the season.

“I think even with a close game like that, win or lose, gives us a lot of hope going forward because we know that we can compete. Even against great teams like Centennial,” Galley said.