VISALIA – In their first home game of the season, the Central Valley Christian Cavaliers pulled off a 3-1 win over the Monache Marauders. After trading kills in the first set and pulling ahead in the second set, the Cavaliers fell to the Marauders in the third set, but came back for a huge 25-14 win in the fourth set.

“It was great to come–in our own home gym–and put a win behind our belt,” Central Valley Christian head coach Mike Kroeze said. 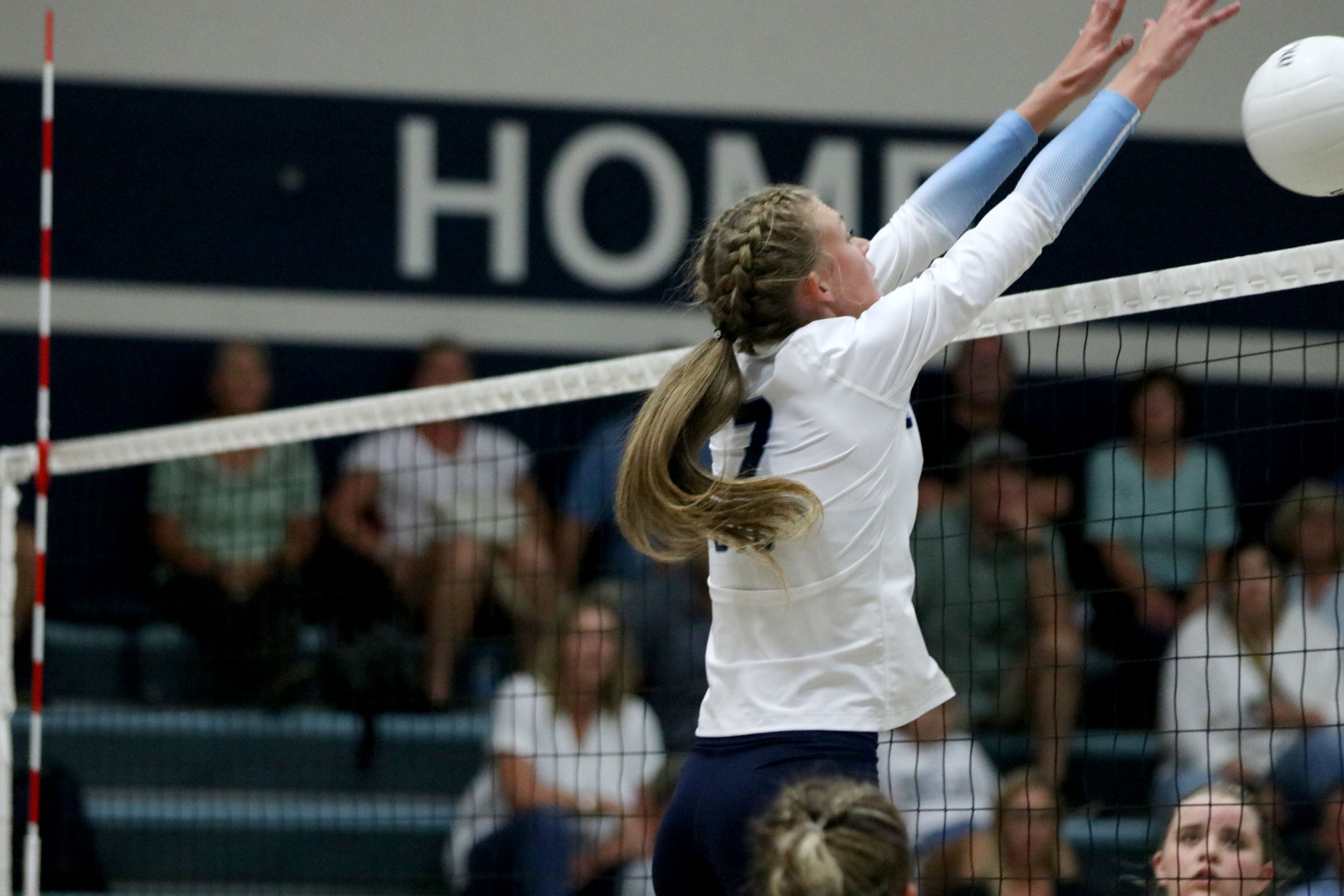 Central Valley Christian (CVC) set up crisp passing early in the game, but Monache came back with the same energy. Both teams traded kills, but Monache generally kept the lead in the first set until the last few points. The Cavaliers made several critical kills for the final five points while Monache missed a critical serve that could have brought them back. The Cavaliers won 25-22.

The Marauders lost their steam in the second set, they weren’t hustling as hard for the ball and missed several dives for kills that caused them to fall behind. Although they put up a good fight for the game point, the Cavaliers were too far ahead and won the second set 25-16.

Seemingly revived, Monache pulled ahead quickly in the third set. Though the points they let go seemed to be due to issues with filling all the space, they managed rotations and set up combos for their hitters well. The Cavaliers called a timeout when Monache was up 21-17, but the Marauders only allowed two more points. Monache won the third set 25-19, setting up hope for a comeback. 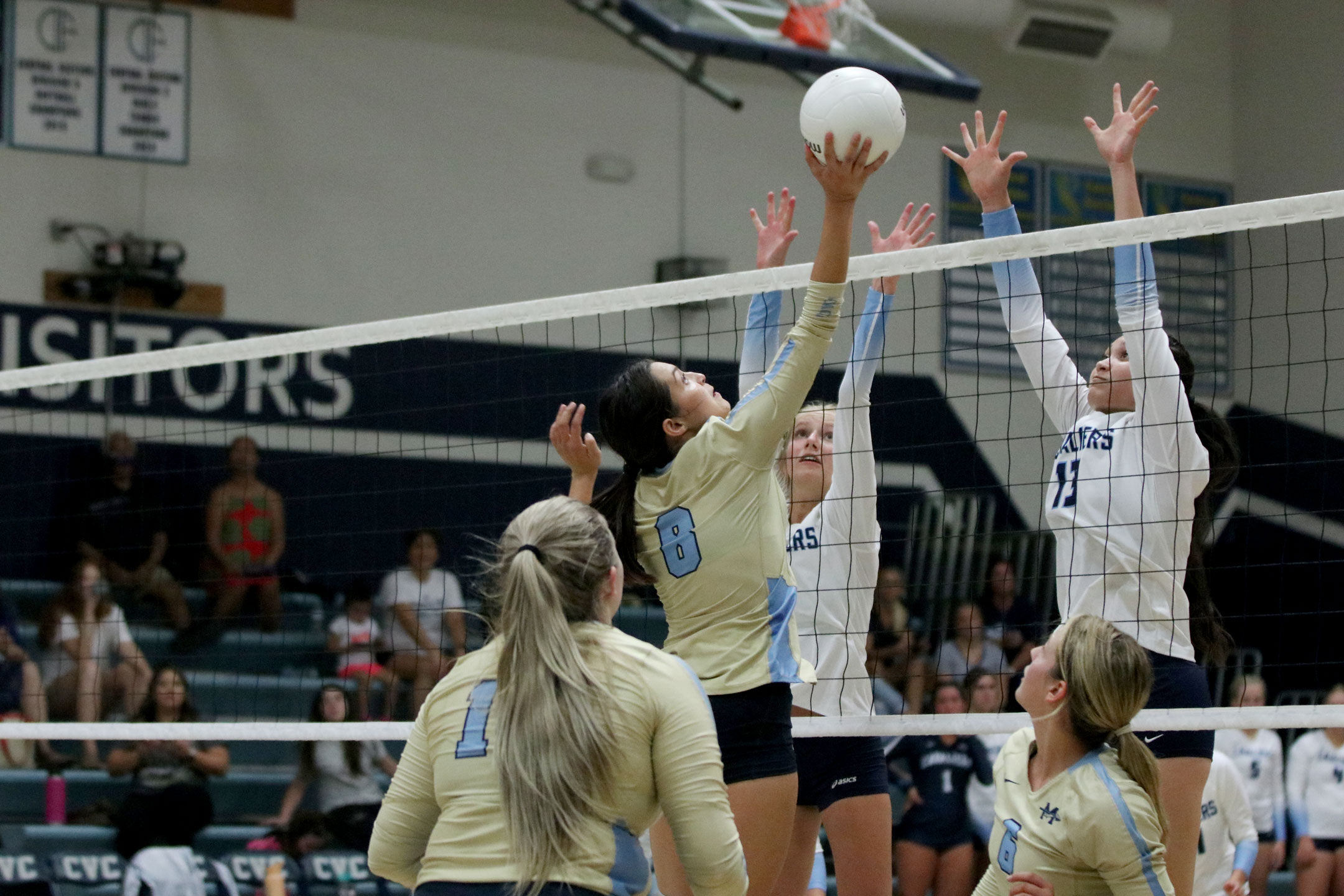 The Marauders beat Sierra Pacific in five sets Aug. 23 and according to Quinones, the girls were a little bit tired. Monache will travel to Lemoore for another non-league game on Aug. 30.

According to Kroeze, the Cavaliers basically have a whole new team after five starters graduated. Despite that, the Cavaliers have strong defensive players and hitters. They plan to work on their serving and setting consistency.

“We’re rebuilding and it’s great to see these girls progress,” Kroeze said. “Composure and poise seems to be a struggle that we’re working through.”

Central Valley Christian will travel to Clovis West for their next non-league game on Aug. 30.