VISALIA – The Central Valley Christian Cavaliers stretched their undefeated streak to five games, beating the Mission Oak Hawks during their first game at home. The Cavaliers defense held off the Hawks until the last 16 seconds of the game. Despite several penalties and frustration from both teams, the Cavaliers won 42-7.

Though both teams came in undefeated, the Cavaliers were immediately dominant. It looked as if they would shut out the Hawks completely if not for the single touchdown allowed as the clock ticked down in the fourth quarter. 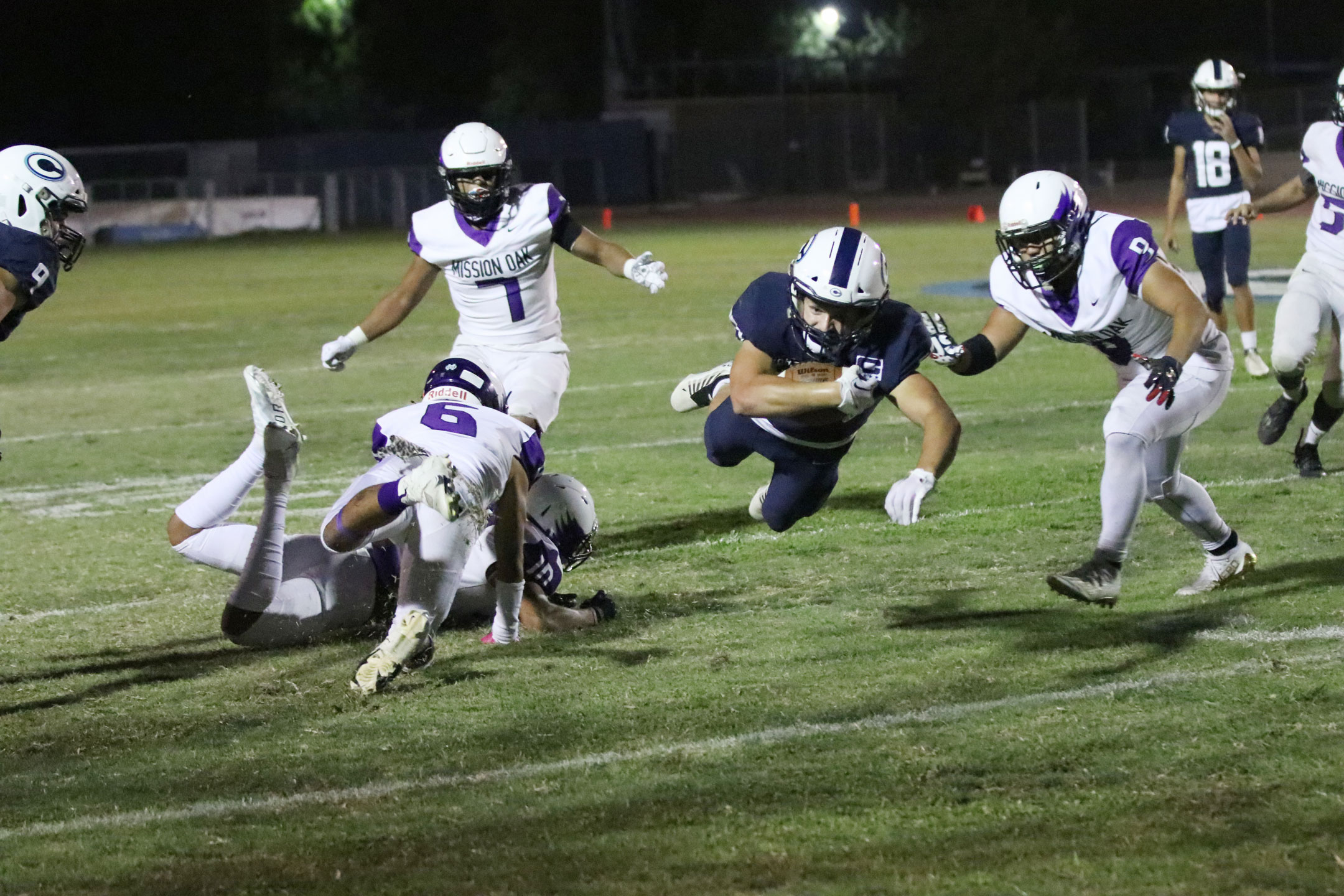 Cavalier player goes for a dive as Hawks come around all sides.Photo by Claire Livingston

In fact, CVC’s defense was so good, they caused a safety early in the second quarter, putting CVC up 8-0. The Cavalier’s starting defensive end, senior Jaeden Moore, has committed to playing for the Oregon Ducks next year. Teams, including Mission Oak, frequently have to double cover him, which gives CVC an advantage on defense.

It was a scrappy game. Both teams drew several penalties in the second half, mainly personal fouls and unsportsmanlike conduct. As the Cavaliers pulled ahead and the Hawks didn’t score, the tension between both teams grew and words and shoves were exchanged.

“I don’t think either team is going to look back and be real proud of some of those moments,” Hughes said. “We have to clean that up. We’re too good of a team for that.” 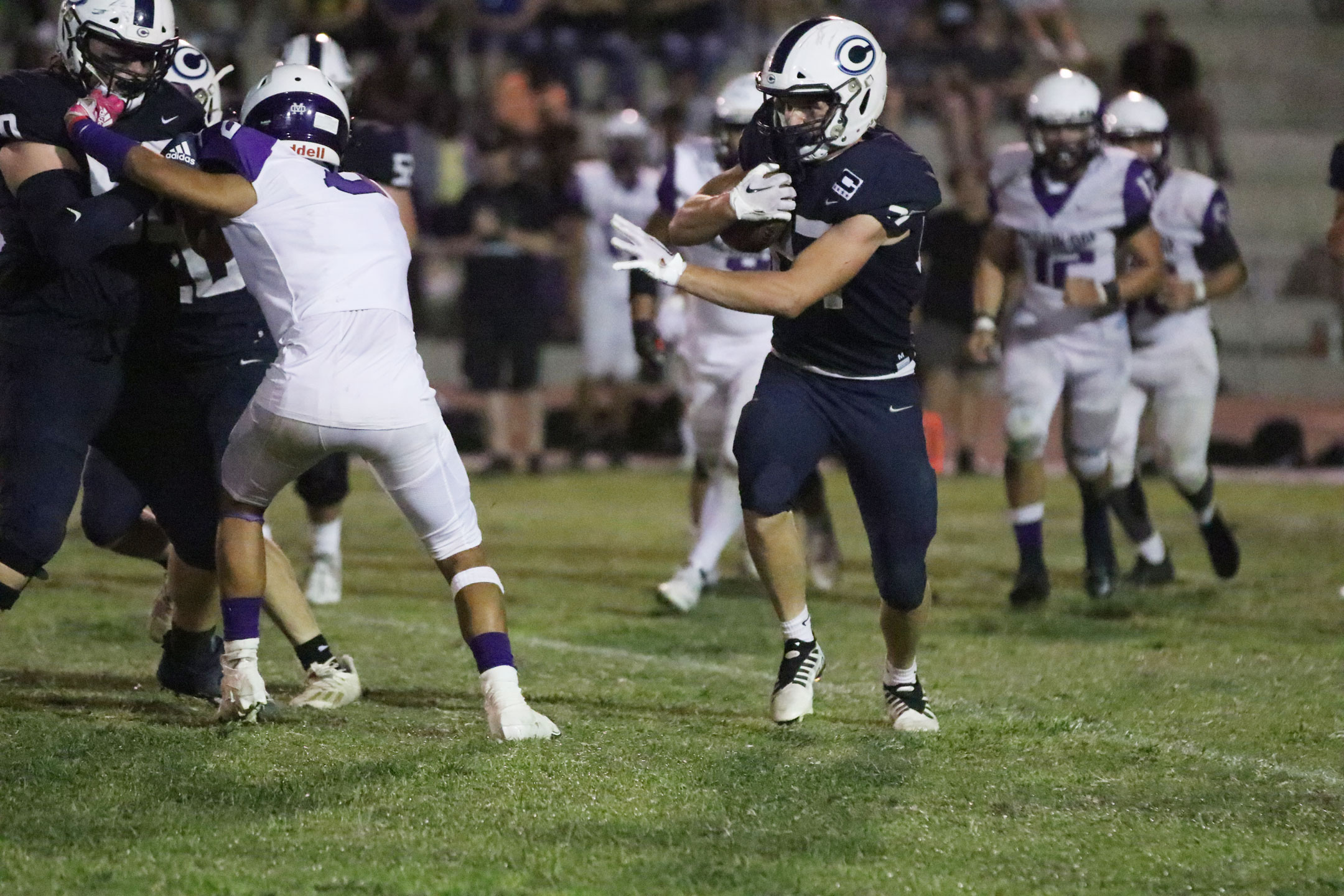 The tension was definitely on for Mission Oak. After going undefeated in the first four games of the season, losing by so many points had to have been frustrating for the players.

The Cavaliers made several great offensive plays, accounting for the high score. Hughes gave credit to his offensive coordinator Nick Richardson for two play calls that he believes made the difference in the game. 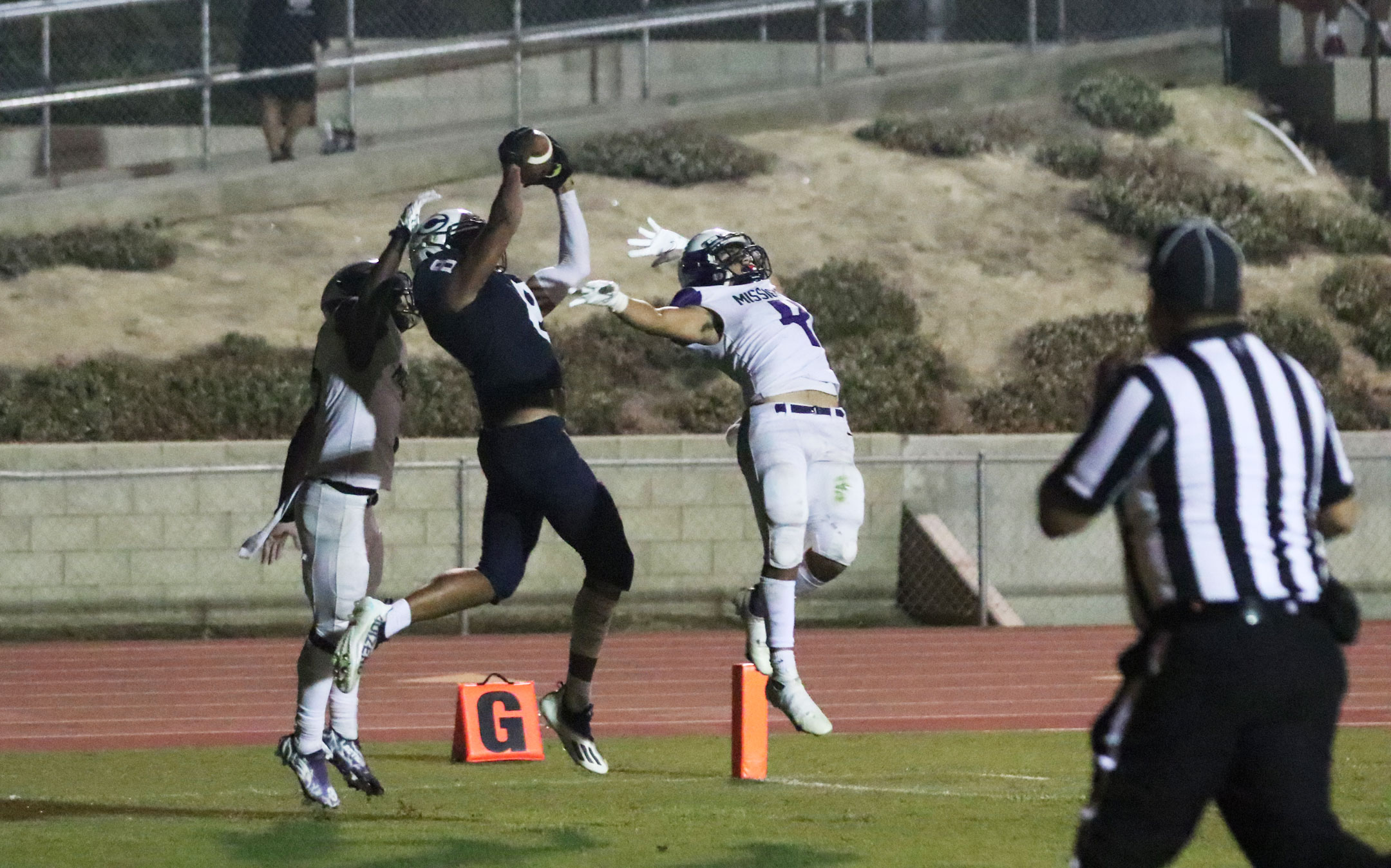 Jaeden Moore jumps to catch the ball for a touchdown as Mission Oak players also reach for the ball. Photo by Claire Livingston

Several Cavaliers got the opportunity to play and score with so many touchdowns recorded. Jaeden Moore took home a running touchdown and a receiving touchdown. Sophomore wide receiver Gunnar Piepgrass had two touchdowns. Senior quarterback Max Bakker ran the ball in for one rushing touchdown just before halftime and senior Caleb Callison scored the final rushing touchdown in the fourth quarter.

It looked as if the Cavaliers would shut the Hawks out completely, until they fumbled and the Hawks recovered it on CVC’s 25-yard-line. They scored on a pass to junior wide receiver Anthony Noriega with 16 seconds left in the game.

“[CVC] is the best team we’ve played so far,” Martin said. “We’ll get better from this. They exposed some things we were able to get away with before because we were better than other teams.” 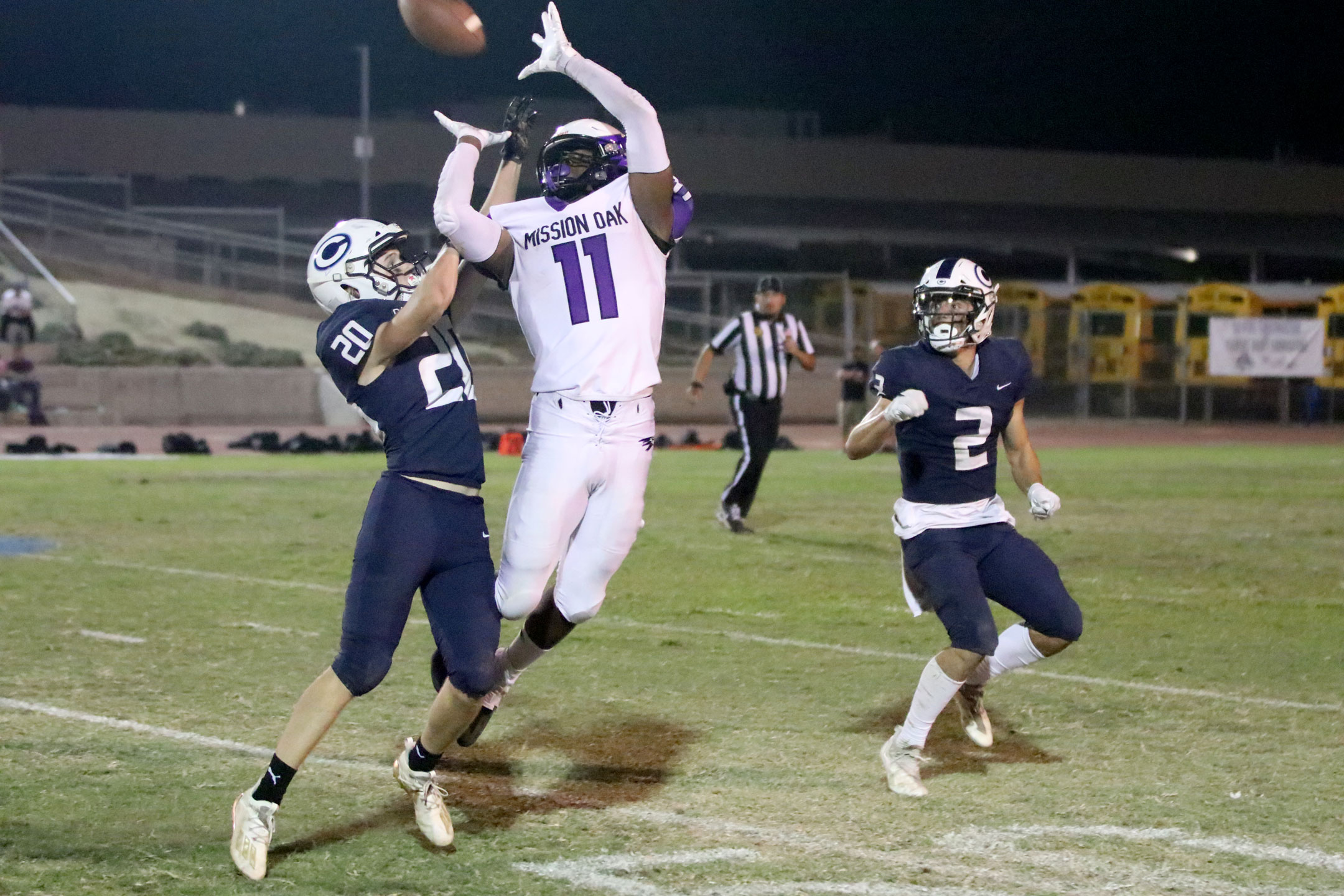 Hawk Anthony Jackson jumps for the catch with CVC defense right below him.Photo by Claire Livingston

Mission Oak has a bye week before beginning league play at home against Tulare Western on Sept. 30.

“I don’t know how we’re gonna work on [composure] in practice other than just being more disciplined,” Hughes said. “It’s not even discipline, it’s just self control.”

CVC also has a bye week next week before their final non-league game against Kerman at home on Sept. 30.