TULARE – The Tigers rounded up the Mustangs and swept them in their home gym for Lemoore’s fourth win of league play. The Tigers remain undefeated in league games and sit in first place in the West Yosemite League.

“We had our ups and downs but we fought through and finished strong,” Lemoore head coach Valerie Burkett said. 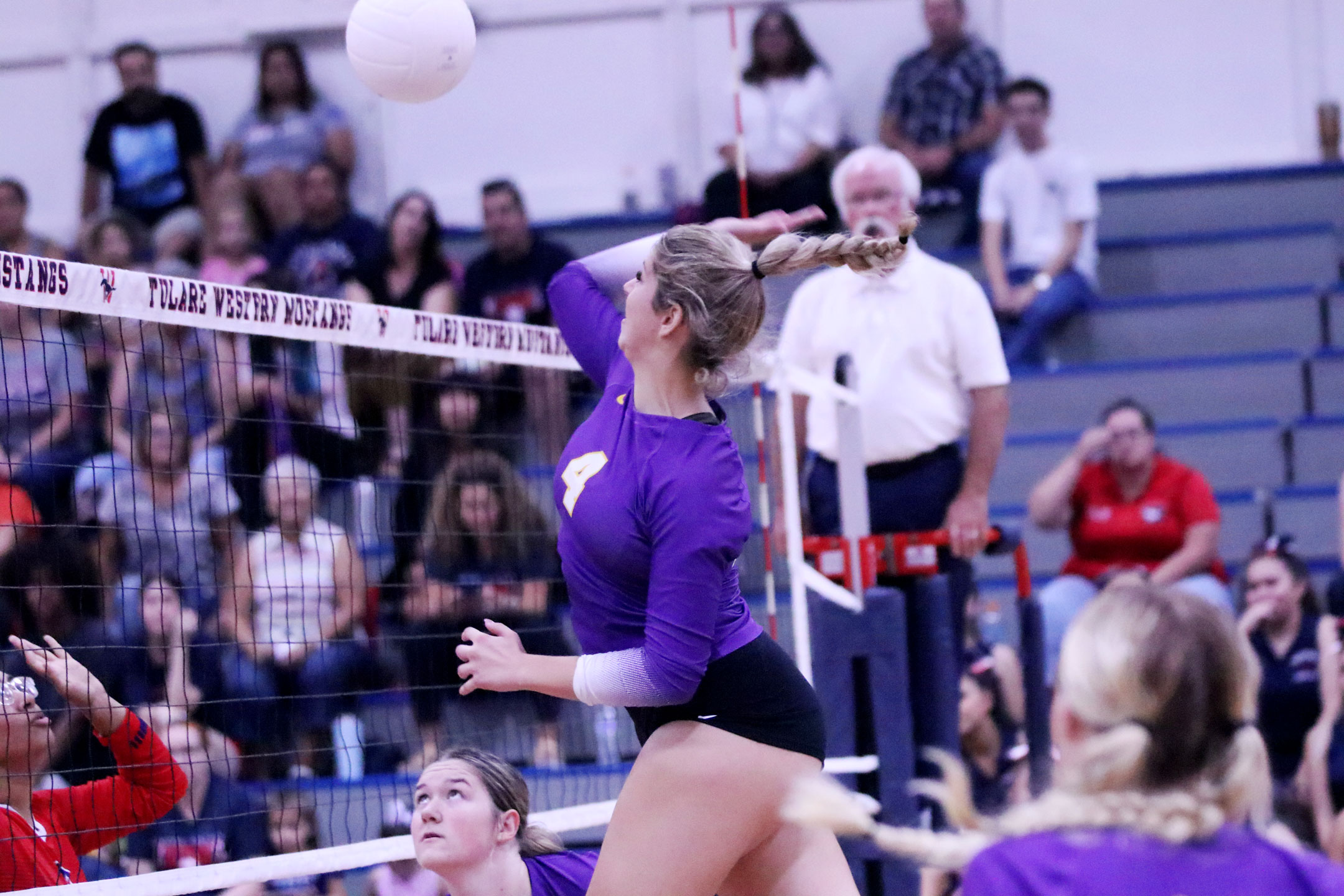 Lemoore Tigers' Jaylee Souza leaps over the net to put the ball on the Mustang side of the court. Photo by Claire Livingston

Despite the Mustangs best efforts to keep up with the much taller Tigers, they struggled to block the Tigers’ kills. Meanwhile the Tigers easily blocked the Mustangs’ hits, sending the ball ricocheting back onto the Tulare side of the court and leaving the Mustangs scrambling. Tulare Western junior outside hitter Avery Starr did have a couple of beautiful kills that won her team some points, but overall the Tigers dominated.

“We have to play off their block and I tell my girls to hit high and let’s play defense,” Tulare Western head coach Kaylee Taylor said.

While their heights are not listed on the roster, several of Lemoore’s front row players appear to be between 5 feet10 inches and six feet tall. While two of Tulare Western’s hitters are 5 feet 10 inches tall, the average height of their team is quite a few inches shorter than Lemoore.

Lemoore’s offense was run quite well by senior setter Liz Schalde, among one of the tallest players on the team. Besides setting up other hitter, Schalde put up excellent blocks and made many kills herself. Senior outside hitter Raigan Gipson came down hard on the Mustangs from the outside, switching up her lethal kills with gentle tips over the blockers’ outstretched hands. 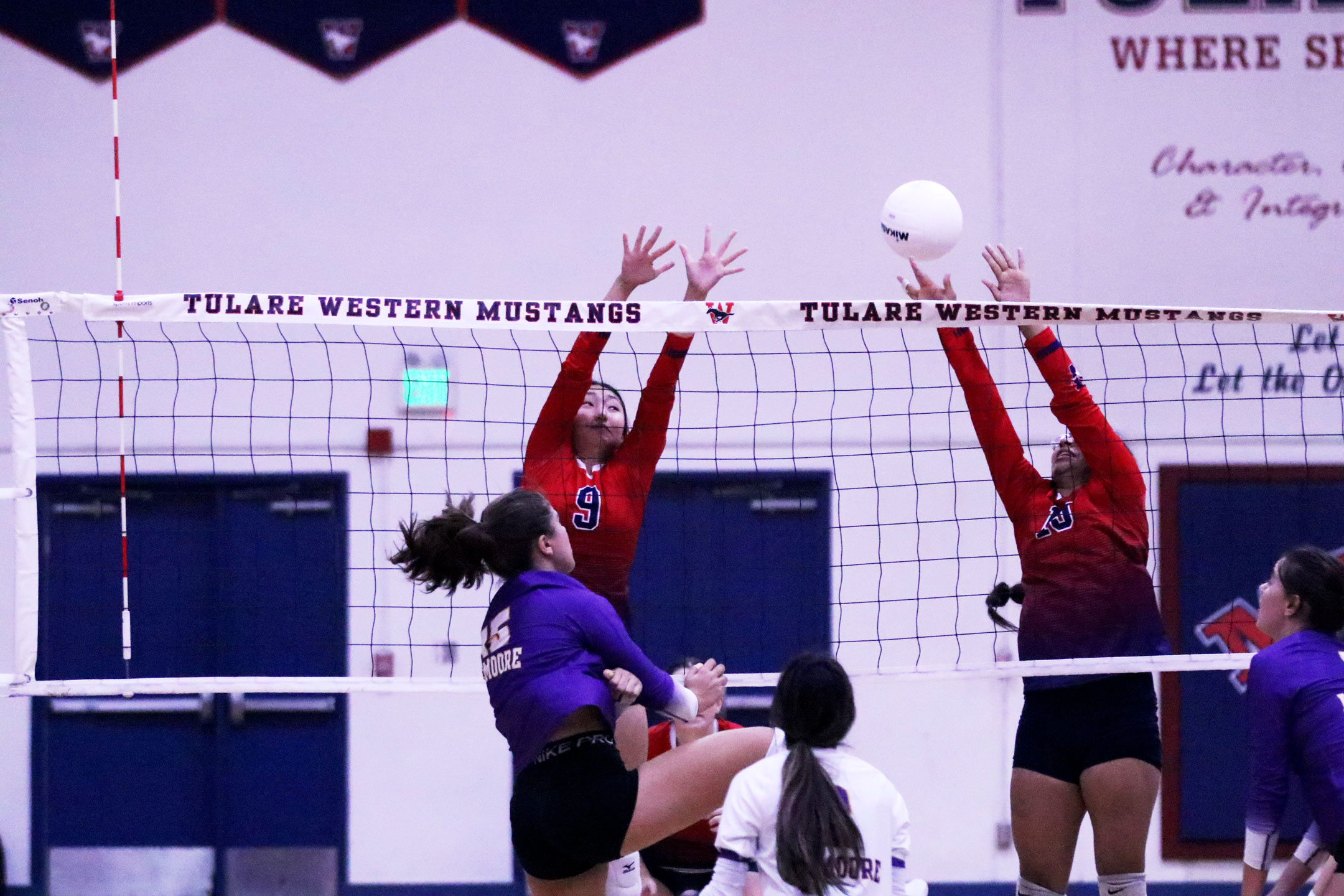 Tulare Western defenders jump up to the net to avoid a tough loss to the Lemoore Tigers. Photo by Claire Livingston

“We’re hoping to finish the first round of league strong heading into the second circuit,” Burkett said.

The Tigers are currently number one in the West Yosemite League with a 4-0 record in league play and are hoping for a league championship this year. Lemoore will face Hanford on Oct. 4 at home.

“Lemoore is great,” Taylor said. “They’re going to be number one. But I feel like the in-between teams are gonna be tough. The middle is going to be tough.”

The Mustangs are currently third in the WYL after a loss to Hanford earlier in the week. They will face their rival, Tulare Union, on Oct. 4 at home.