VISALIA – The Redwood Rangers water polo teams showed off their offensive strategies against the Monache Marauders with the boys winning 14-10 and the girls winning 20-7.

The Redwood boys water polo team got off to a slow start against the Monache Marauders and didn’t pull ahead until after halftime. A couple of fouls against the Rangers awarded penalty shots to the Marauders in the first quarter, but after that the Rangers settled into a rhythm and took the victory 14-10.

“I told the boys coming into this game that Monache isn’t a team you can sleep on,” Redwood head coach Major Rogers said. “Because if you do, you risk the chance of losing it.” 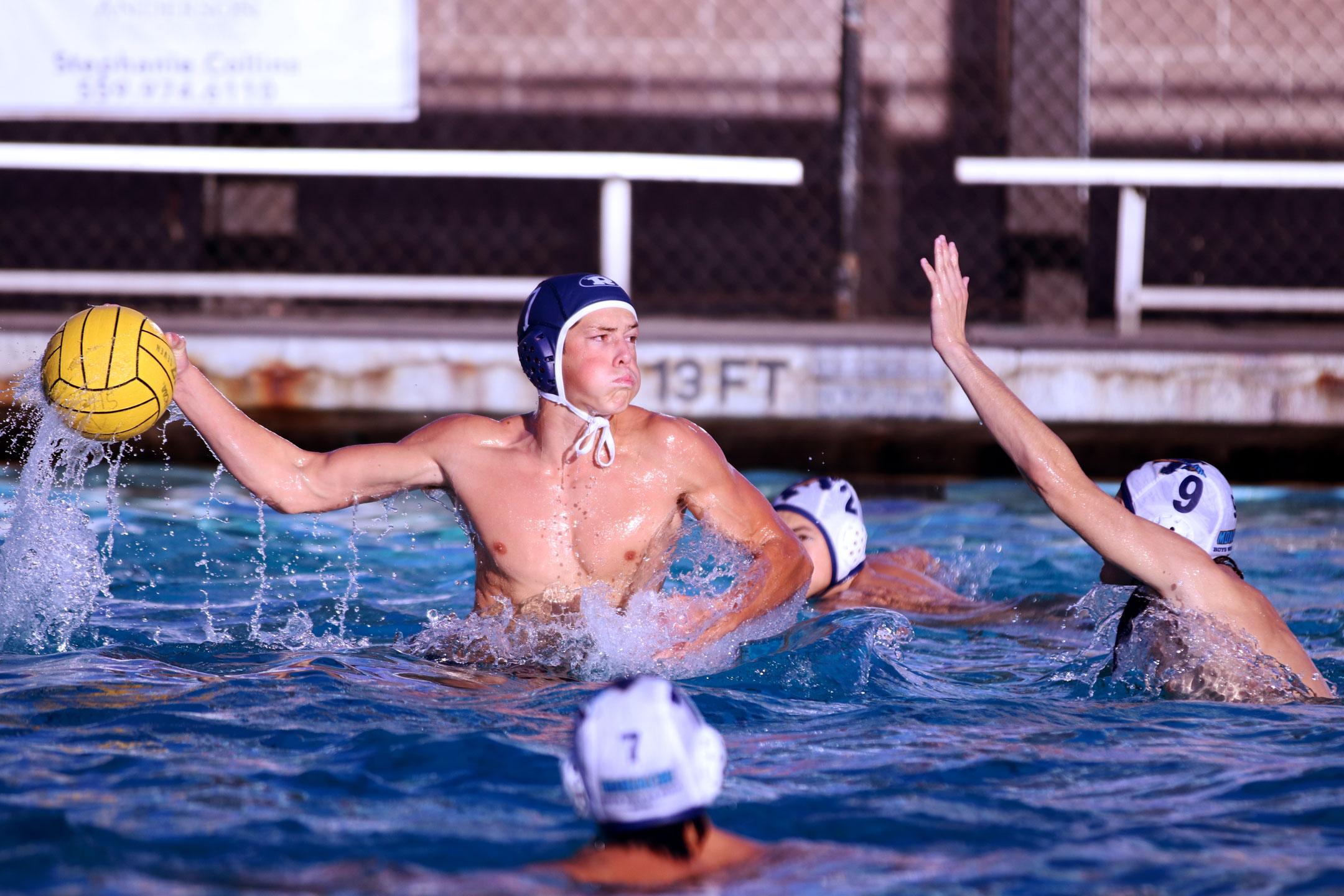 A Redwood Ranger rears back to shoot the ball past a Monache Marauder in a 14-9 win. Photo by Claire Livingston

The Rangers came into the game running a new style of offense which put them off their game. They took the first half to make the adjustment and once they got it, they played aggressively and well, which netted them the win.

Rangers senior Alex Kirkman scored a few goals on the outside tonight. Rogers described him as a “late bloomer.” Kirkman took a couple of years but is now finding his stride as a player during his senior season and will be one to watch during the rest of league play.

The Rangers goalie, Magnus Burgess, a junior, also stood out. Burgess is only a second year water polo player, but is developing into an excellent goalie, who can come high out of the water to block most of the goal against shots. He did let in a few penalty shots at the beginning of the game, but Rogers is excited to see him develop ahead of his senior year.

On the Monache side, junior goalie Wyatt Daniels was back in play after being ejected from the game against El Diamante on Sept. 29. Except for that little hiccup, Daniels has been a rock for the Marauders all season.

The Marauders play very well, but they make small mistakes that cost them goals, and Daniels isn’t superhuman, he needs his defense to back him up. Against the Rangers aggressive new offense, the Marauders defense left some spots open and the Rangers took advantage of that.

“We keep making the same mistakes,” Monache head coach Paul Suhovy said. “So hopefully the guys took in what I told them, and from here on out they made a promise that we’re not going to lose.”

The Monache boys will have their next chance to keep that promise against Mt. Whitney on Oct. 6. The Marauders boys team are currently fifth in the East Yosemite League after the losses to El Diamante and Redwood. They defeated Golden West in their first league game. 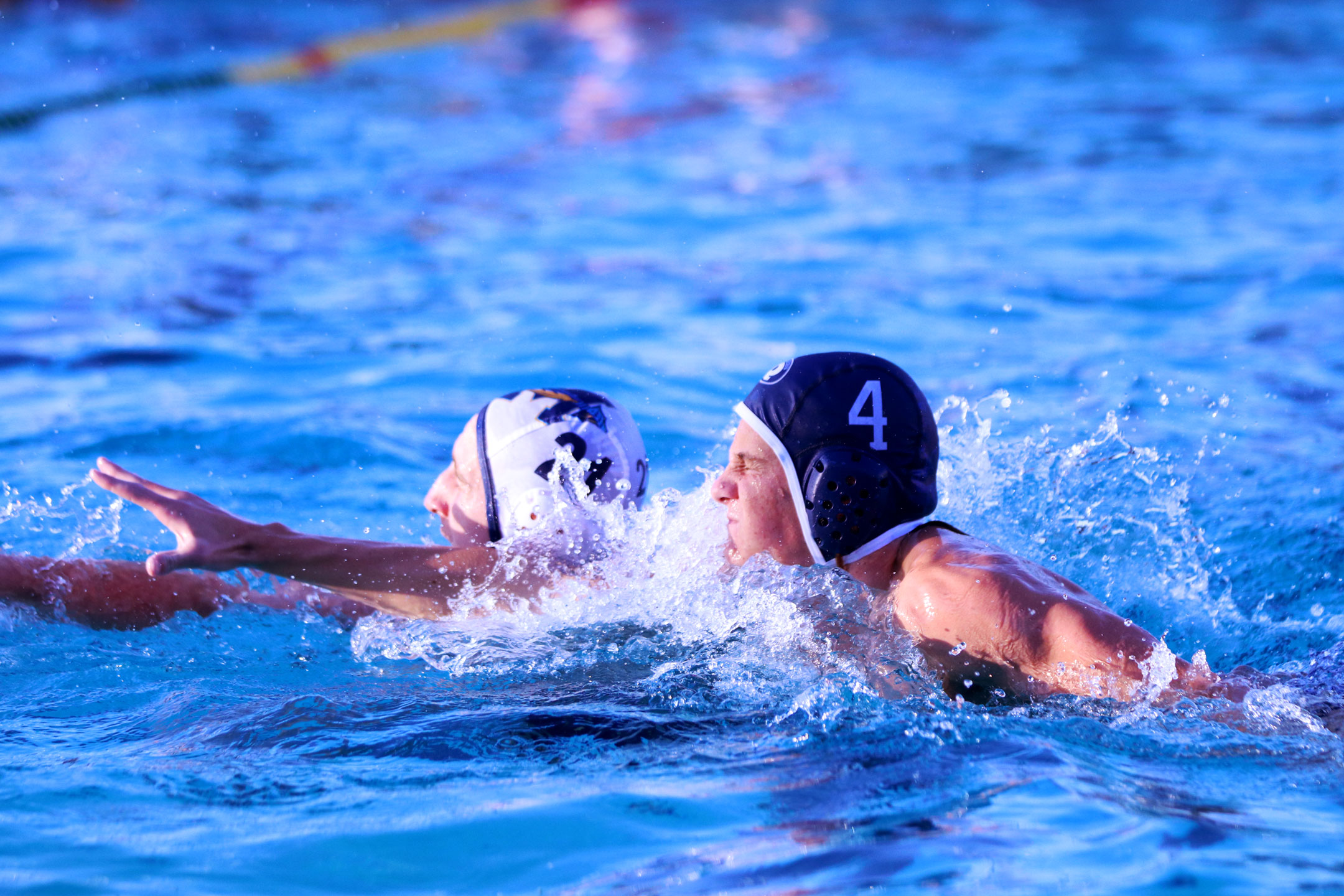 Redwood tries to swim past a Monache Marauder to fight for a ball during a win on Tuesday, Oct. 4. Photo by Claire Livingston

“I’m thankful for the win, but it wasn’t in the fashion I would have hoped,” Rogers said. “It wasn’t up to our standards.”

The Rangers boys will put their new offensive scheme to the test against Golden West on Oct. 6. The Redwood boys are currently third in the EYL after beating Porterville and Monache. Their only league loss is to El Diamante.

The Redwood girls team blew the Monache girls team out of the water in a 20-7 win. Though the Marauders backup goalie was able to lob the ball into the goal from half-length just as the final buzzer went off for a spectacular goalie goal, it did not make up for the 14 goals the Rangers scored in the second half.

The Monache starting goalie was recovering from an illness she had last week and with the Rangers already running away with the score, Johnson pulled her in the second half to allow her to rest ahead of their game against Mt. Whitney on Oct. 6.

The Rangers were up 6-3 at halftime and their speedy offense began to run up the score in the third quarter, while the defense held the Marauders to zero goals in the third. Monache managed a few more offensive opportunities in the fourth, including the goalie goal, but the Rangers offense was a struggle for the Marauders defense. 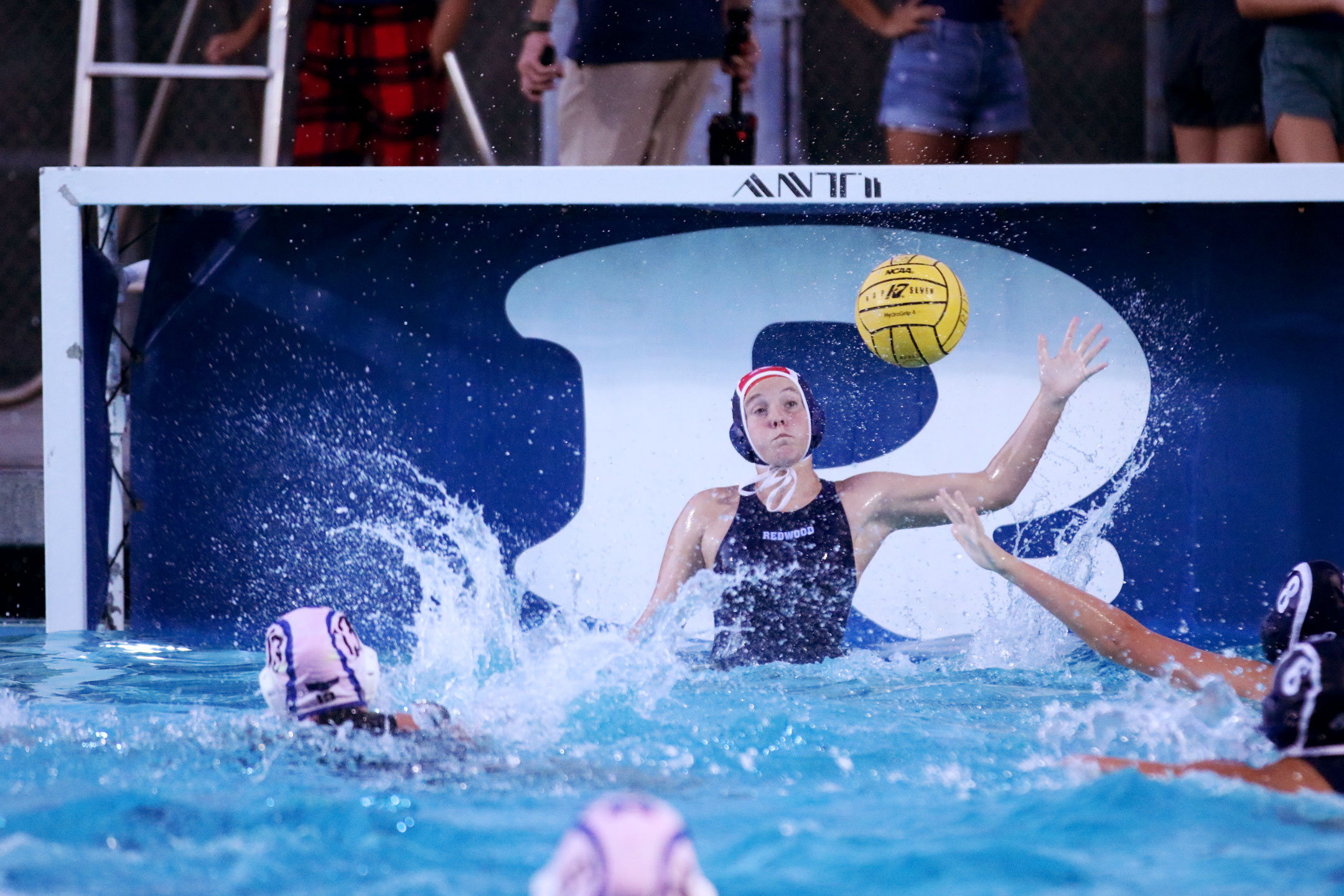 Redwood's goalie Amelia Crockett swats away a shot from the Marauders on the way to a dominant win on Tuesday, Oct. 4.Photo by Claire Livingston

The Rangers are now the only team remaining undefeated in league play and are first in the EYL. They will travel with the boys to face Golden West on Oct. 6.

“Continued hustle and effort, even when they are frustrated, has to continue to improve for the next time we meet the Rangers in the pool this season,” Johnson said.

This is the Marauders girls’ first loss of the season, leaving them tied for second in the EYL with Golden West. They will face Mt. Whitney at home on Oct. 6.