The Hanford Bullpups shut out the Tulare Western Mustangs 56-0 on Thursday, Oct. 13 while in Tulare

TULARE – The Hanford Bullpups scored eight touchdowns against the Tulare Western Mustangs for their second win in league play.

The Bullpups shut out the Mustangs with eight touchdowns. Sophomore running back Kourdey Glass scored three of the eight touchdowns, while others were recorded by Dameian Hernandez, Albert Richardson, JC Turner and Donavan Smith. The offensive line stood out for their pass protection, allowing quarterback Cayden Muir to complete several passes for touchdowns.

“We had some speed bumps in the middle of the season so we’re trying to get back on track,” Hanford head coach Cannon Sanchez said. “We’re finally healthy so it’s fun to see these guys play.” 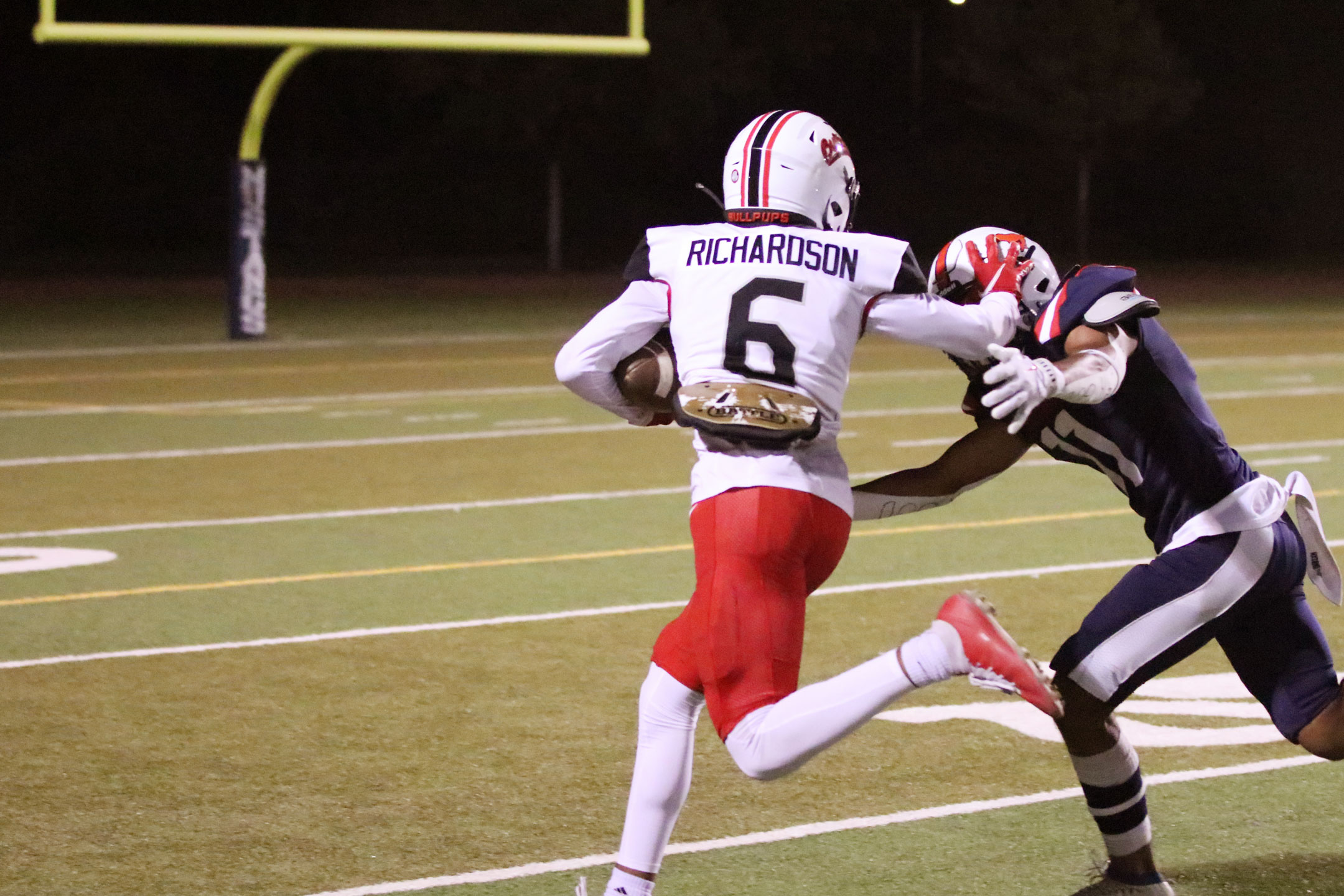 Hanford Bullpup Albert Richardson stiff-arms a Tulare Western Mustang on his way to the endzone during a 56-0 win in Tulare. Photo by Claire Livingston

Defensively, free safeties Jayden Sudds and Gregory Dominguez stood out for their coverage while linebacker Brak Hill played exceptionally well on the line. The Hanford defense did not allow the Mustangs to record a single point throughout the game and forced turnovers quickly to allow their offense more time with the ball. Kicker Coen Lewis should also be acknowledged for making every single one of the eight point-after-touchdowns he kicked.

The Mustangs have had a rough season with injuries. Their senior quarterback Carmine Ficher has been out with an injury and is not expected to return this season. Against the Bullpups, wide receiver Jacob Ball sat down with the athletic trainers after halftime. His contributions to games this season have been at a variety of positions and his absence was felt on the field.

Tulare Western’s head coach, Derek Rosa, is coaching his second season with the Mustangs. He’s working on rebuilding the program and putting together a top team. Despite their 0-3 record in league play, he won’t use the injuries as excuses for not putting in effort to coach his team to wins. He still holds his players to high expectations. 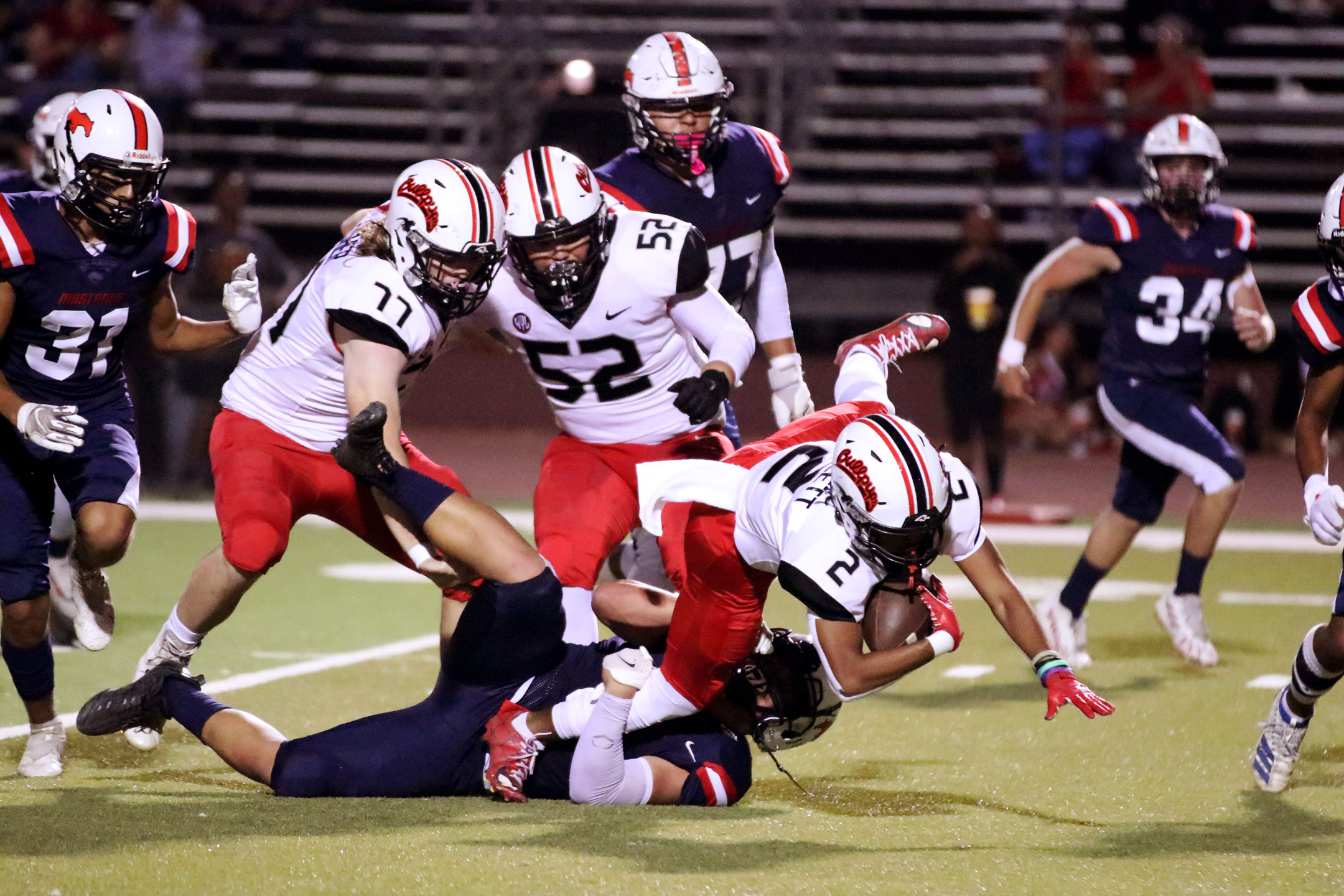 The Mustangs will face the Lemoore Tigers at home on Oct. 21.

The Hanford Bullpups are 6-2 overall with only one league loss in overtime to Dinuba. They’re heading into the toughest part of their schedule in the West Yosemite League firmly in third position. They’ll be looking to move into second if they can.

“The biggest thing is it’s a long week of preparation,” Sanchez said. “So making sure our guys are staying healthy and we just want to make sure we’re coming out hot.”

The Bullpups will host the Mission Oak Hawks on Oct. 22 to celebrate senior night at their final home game of the regular season.