TULARE – Tulare Union’s water polo teams both scored 19 goals each in their games against the Mission Oak Hawks.

The Tulare Union Tribe’s girls water polo team trounced the Mission Oak Hawks in their second matchup of league play. The Tribe came out fast and strong with a goal just thirteen seconds into the game and they didn’t stop for the next four quarters. For the first half, the Tribe’s defense only allowed the Hawks to score one goal per quarter, while the offense packed a power behind their shots that seemed unstoppable.

The Tribe has won every game of league play except one, against their rival Tulare Western who they face again next week. Against the Hawks, the Tribe were a force in the water. The offense were crisp passers that left their opponents’ defense tangled in front of the net. They had a strength behind their shots that the Hawks’ defense couldn’t keep up with and their offense couldn’t match. 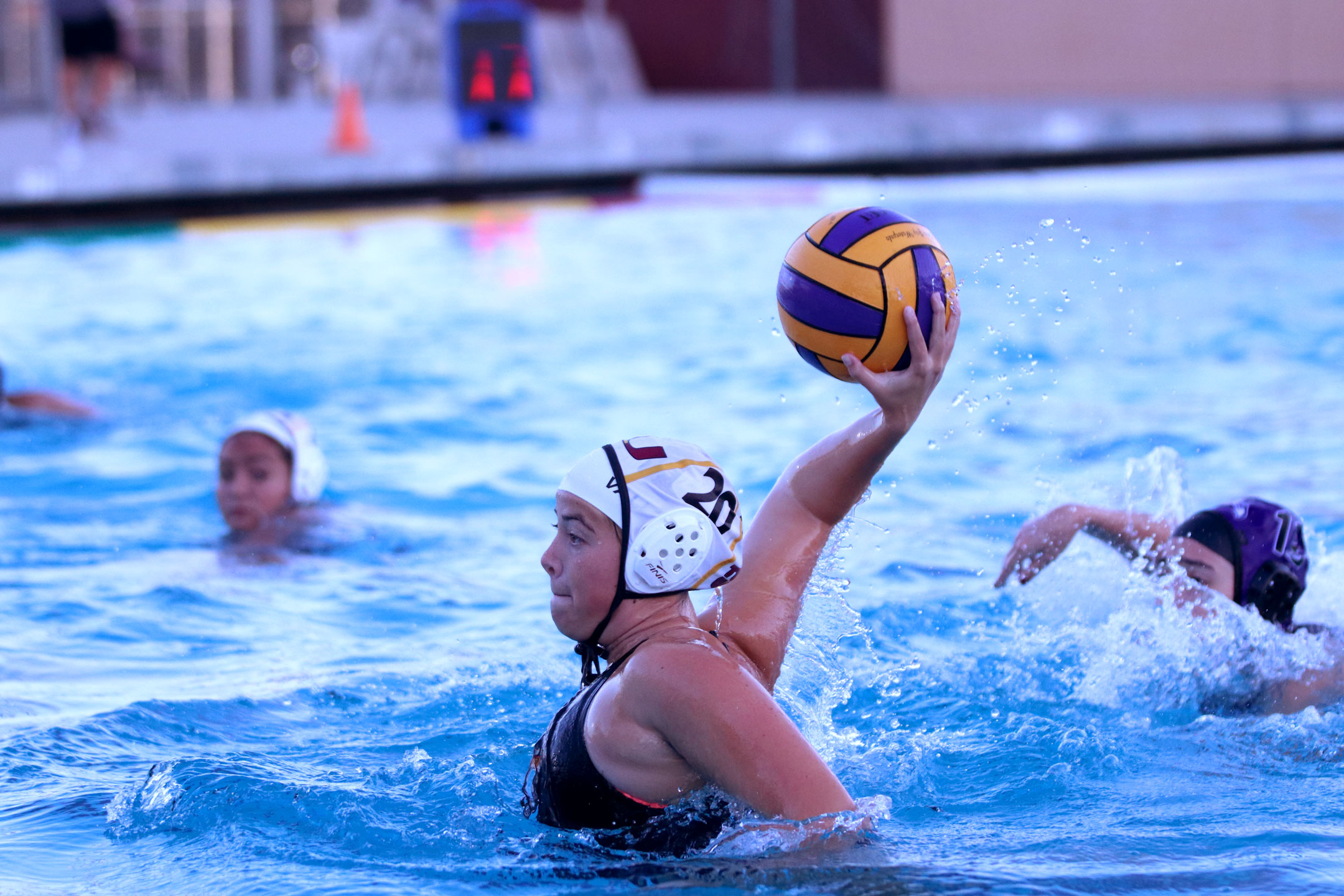 Tribe left wing looks to take a shot at the goal. Tulare Union had 12 goals on Mission oak with a 19-7 win. Photo by Claire Livingston

The girls’ water polo games usually don’t have the same physicality as the boys games, but this game was intensely physical. The regular season is almost over and the teams have had time to gain experience to know how to go for the ball without drawing as many fouls. As the season has gone on, it seems both teams have gained confidence with the physicality of water polo.

“It’s learning the intensity that needs to be put there,” Mission Oak head coach Ashlyn Moya said. “And then also knowing when it’s a little too much. Let’s pump the brakes.”

While Mission Oak only had 7 goals to Tulare Union’s 19, two of those goals were scored from the center of the pool by captain Maleena Martin, who discovered she can make shots from halfway across the pool at a tournament in Porterville. Shots from far away can be very helpful for a team that may have run out the 30-second shot clock before setting up the ball closer to the goal. It can get the ball past a tight defense.

The Hawks are a young team with a new program. They’re 0-6 in league play and in last place in the West Yosemite League, but they’re gaining experience and are looking forward to having a pool on their own campus. With a small roster, they’re hoping to grow the program and improve for the next year, but they won’t be hanging up their caps yet.

There’s still one more opportunity for the Hawks to record a league win, when they travel to play Dinuba on Oct. 26. 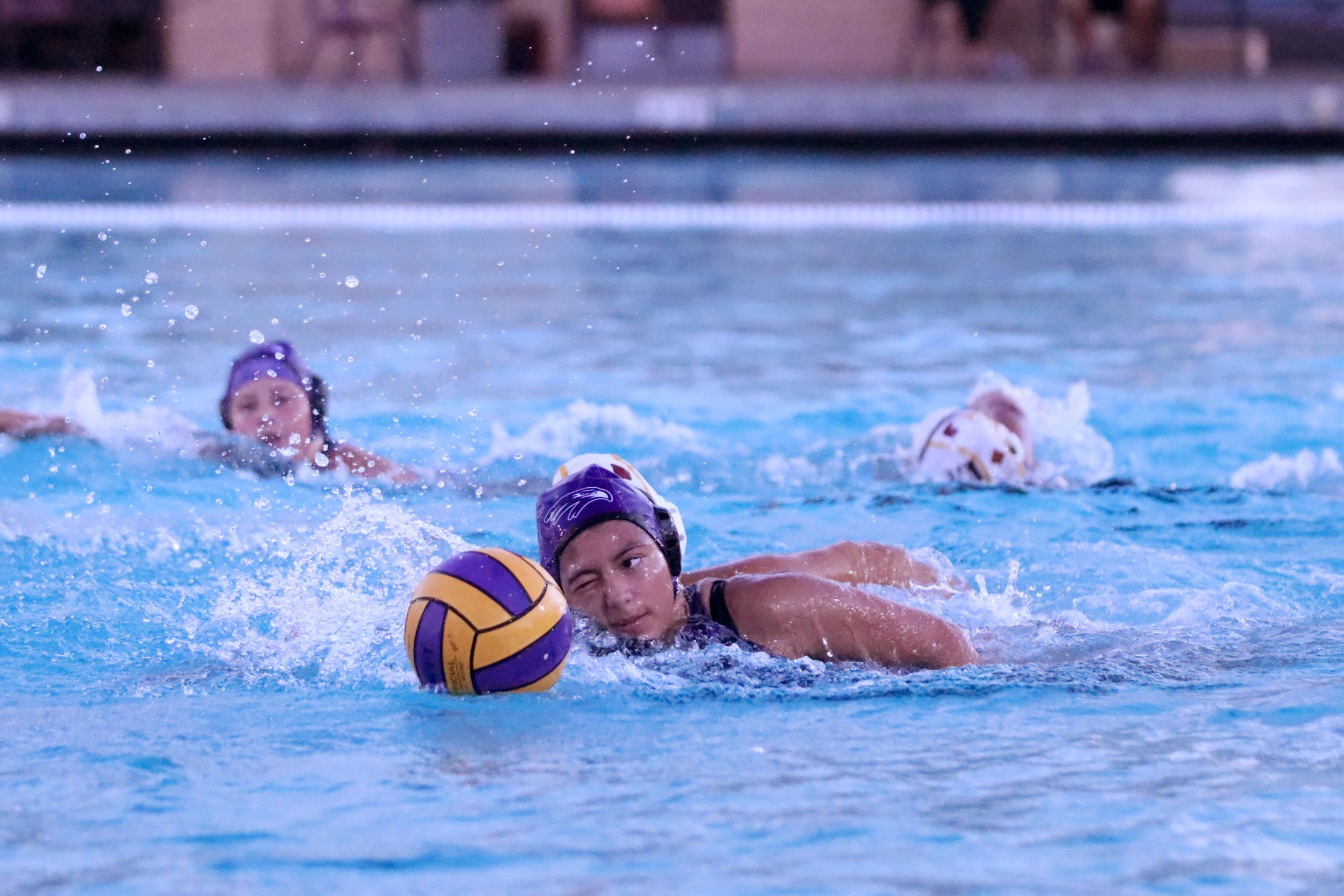 Mission Oak player dribbles ball down the pool with Trible close behind. Photo by Claire Livingston

While Mission Oak is looking to gain fundamental experience, Tulare Union is simply tuning a well-oiled machine as the end of league approaches.

“We gotta continue working on our offense and defense,” Arce said. “Not just countering, but running an offense. Especially on defense making sure we drop and get our hands up. Just fine tuning all the details.”

The Tribe will face Dinuba on Oct. 24 before getting another shot at the only team that beat them in league play, Tulare Western, on Oct. 26.

The Tribe’s boys water polo team also triumphed over the Hawks. The Tribe had a truly impressive defense. Their conditioning showed in their ability to come up high out of the water to block most of Mission Oak’s shots on goal.

“We’ve improved a lot over the season but now we’re in a solid position to win league,” Tulare Union head coach Erik Pederson said. “And then after that we’re looking forward to the playoffs.” 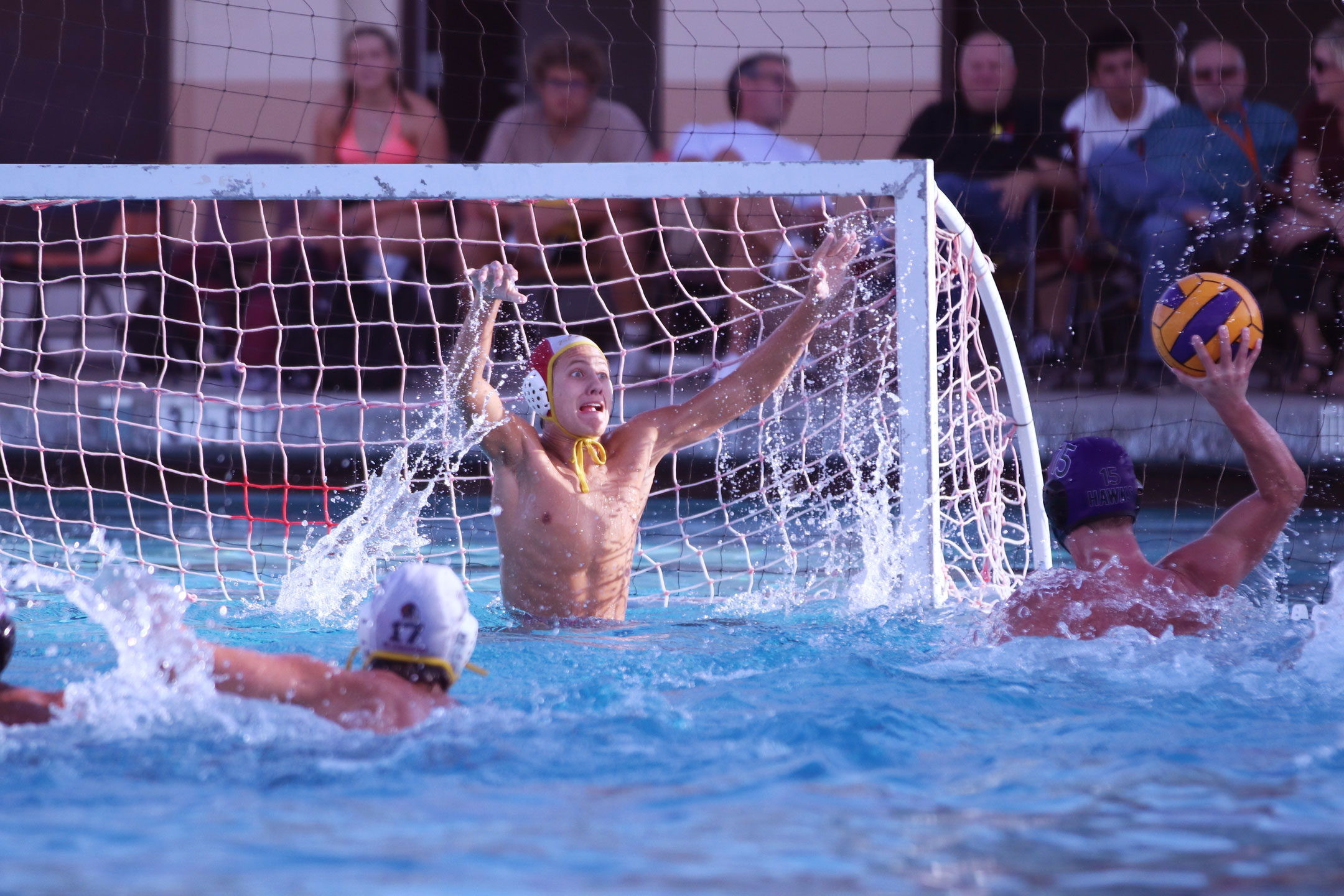 Mission Oak player takes a shot at the Tulare Union goalie, who was a major asset in the 19-6 win. The Tribe's conditioning showed in their ability to pop high out of the water and block shots. Photo by Claire Livingston

The Tribe’s offense came out with speed and intensity, absolutely dominating in points throughout the entire game. In the first half they scored ten goals and nearly matched it with nine in the second half. Mission Oak only put up six goals but a shot from the center of the pool at the final buzzer that sailed into the net had the entire crowd cheering.

“I liked our effort,” Mission Oak head coach Ross Cochran said. “We had some good opportunities on offense and we put away a couple of good shots.” 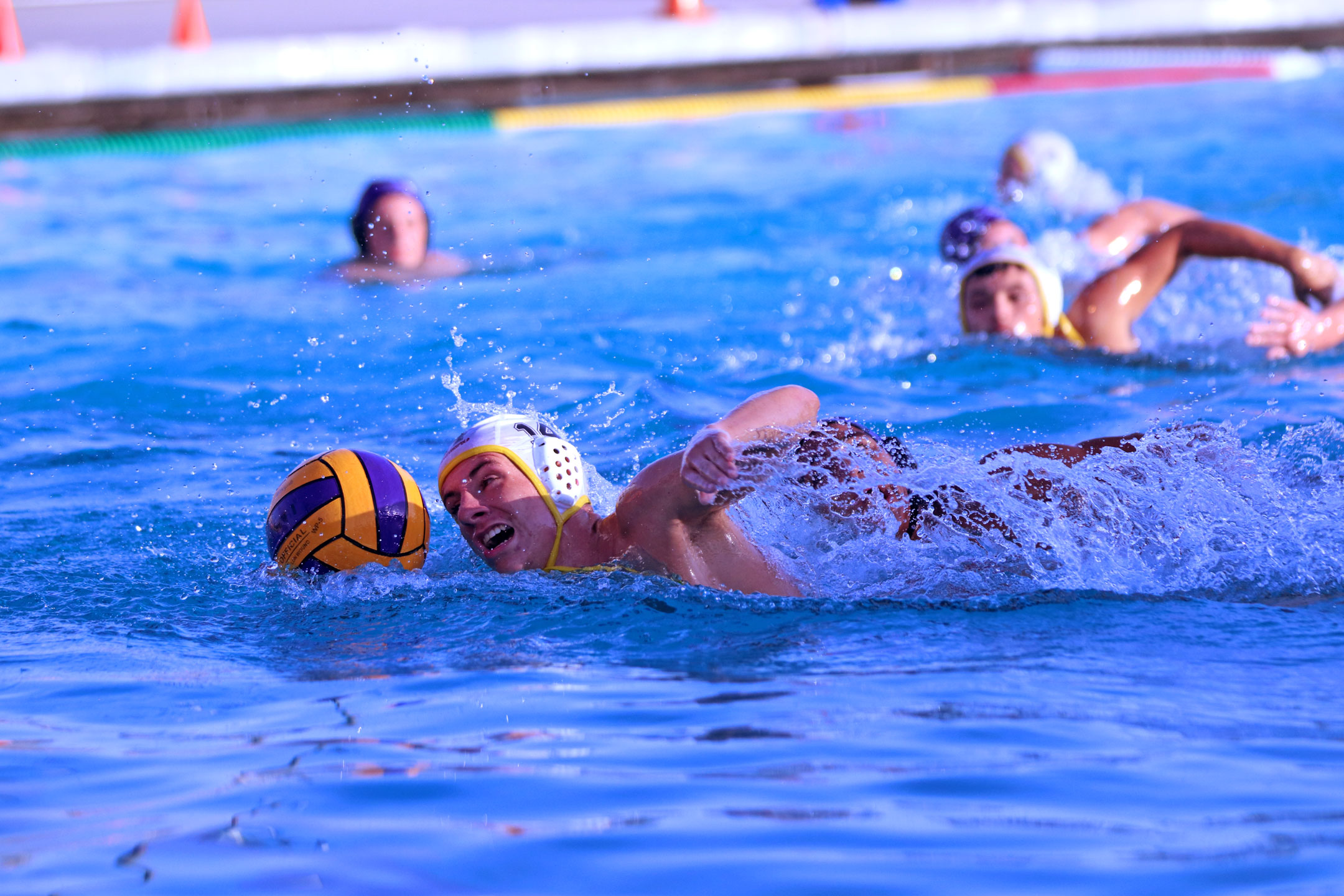 Tulare Union dribbles the ball down the pool with a Mission Oak hawk on his back. The Tribe's offense came out with speed and intensity. Photo by Claire Livingston

The Mission Oak boys will face Hanford on Oct. 24 before traveling to Dinuba with the girls on Oct. 26.

The Tribe boys team will have the same schedule as the girls.