The Royals traveled from San Luis Obispo to Porterville as the no. 14 seed to face the no. 3 seed, Porterville. After losing the first set, the Royals pulled out wins in the second and third set. They were up in the fourth set, but the Panthers came back and won it, sending them to a fifth. In the fifth set, the Panthers had too many hitting errors, costing them the game and ending their season.

“It was an incredible competition between both teams,” Mission Prep head coach Lyndsey Weisenberg said. “So we’re stoked to be able to compete against a great team and pull out a victory.”

The Panthers pulled out an easy win in the first set, beating the Royals 25-16, but after that they struggled. The Royals came back with tenacity and it was a fight for every point between both teams. Porterville suffered from hitting and serving errors in the second set and gave it up to the Royals 25-22.

It looked as if the Panthers would come back in the third set. They were up by seven or eight points for much of the beginning of the game until the Royals went on a long streak to tie the game at 20 before pulling out their second win 25-21. 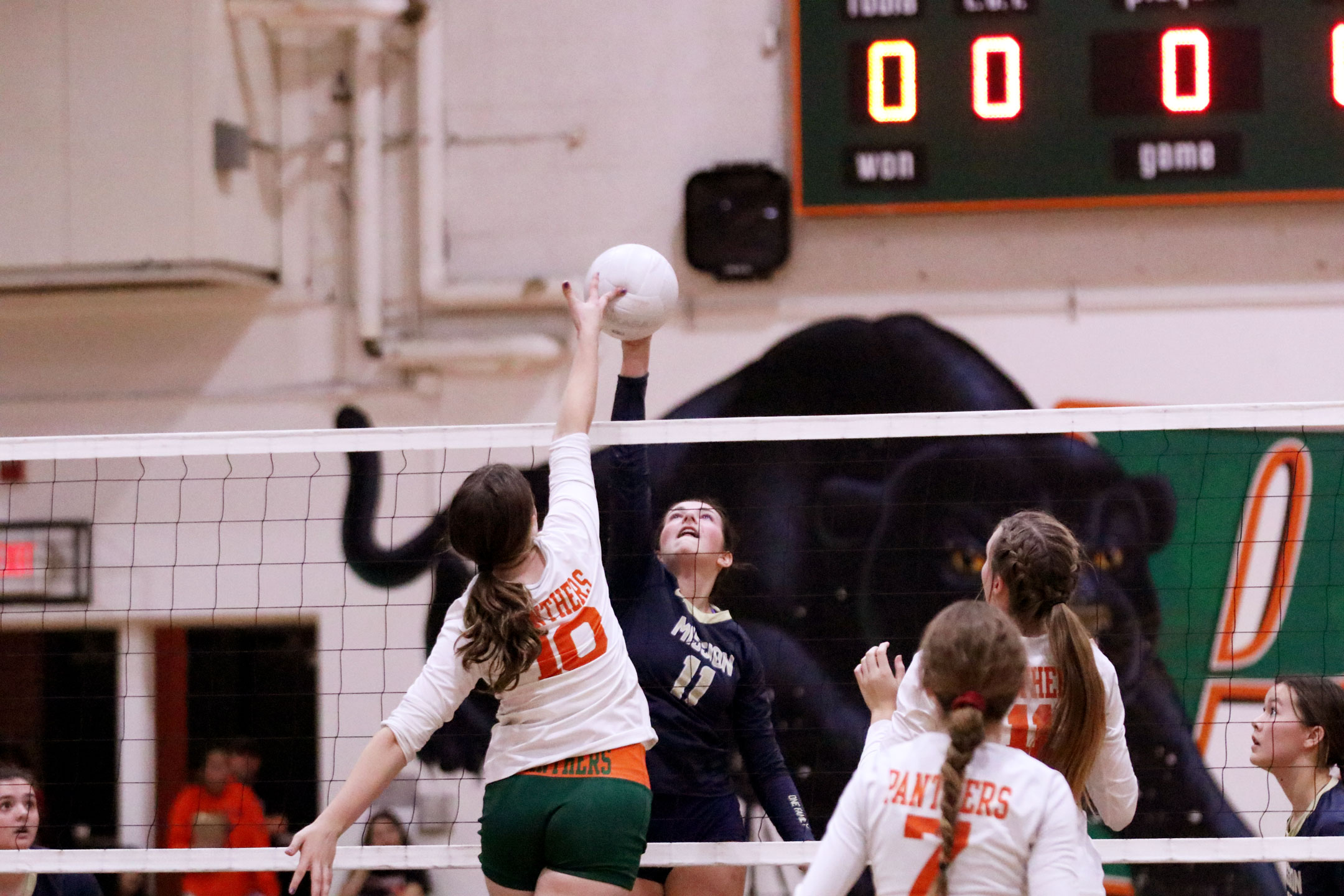 A Mission Prep hitter and Porterville blocker meet at the height of the ball over net. Photo by Claire Livingston

“I love getting to compete in a five set match,” Weisenberg said. “Both teams at one point were down by seven or eight points and came back to win those respective sets.”

Porterville was down the beginning of the fourth set and it looked like it was going to be over, but a long streak of good serves and combinations left the Royals scrambling for the ball and the Panthers caught up in points. The Panthers had a lot of energy back and were ready for the fifth set.

It was a fight for points in the fifth set, but the Panthers fell behind with a few hitting errors. Mission Prep pulled ahead quickly and with the set only going to 15, the Panthers didn’t have the extra time to catch up and overcome them.

“I felt like we played hard,” Porterville head coach Lisa Davis said. “I’m proud of our girls. In the EYL, people were thinking we were going to be the last place team and we proved that we could hang with the Visalia schools and ended in third place.”

While Porterville has been in the East Yosemite League, due to a league shakeup, the four Visalia public schools, Redwood, Golden West, El Diamante and Mt. Whitney were moved to the EYL to join Porterville and Monache. Redwood finished in first with Monache second and Porterville third, so the two Porterville schools beat all of the Visalia schools except one.

“That’s something to be proud of,” Davis said. 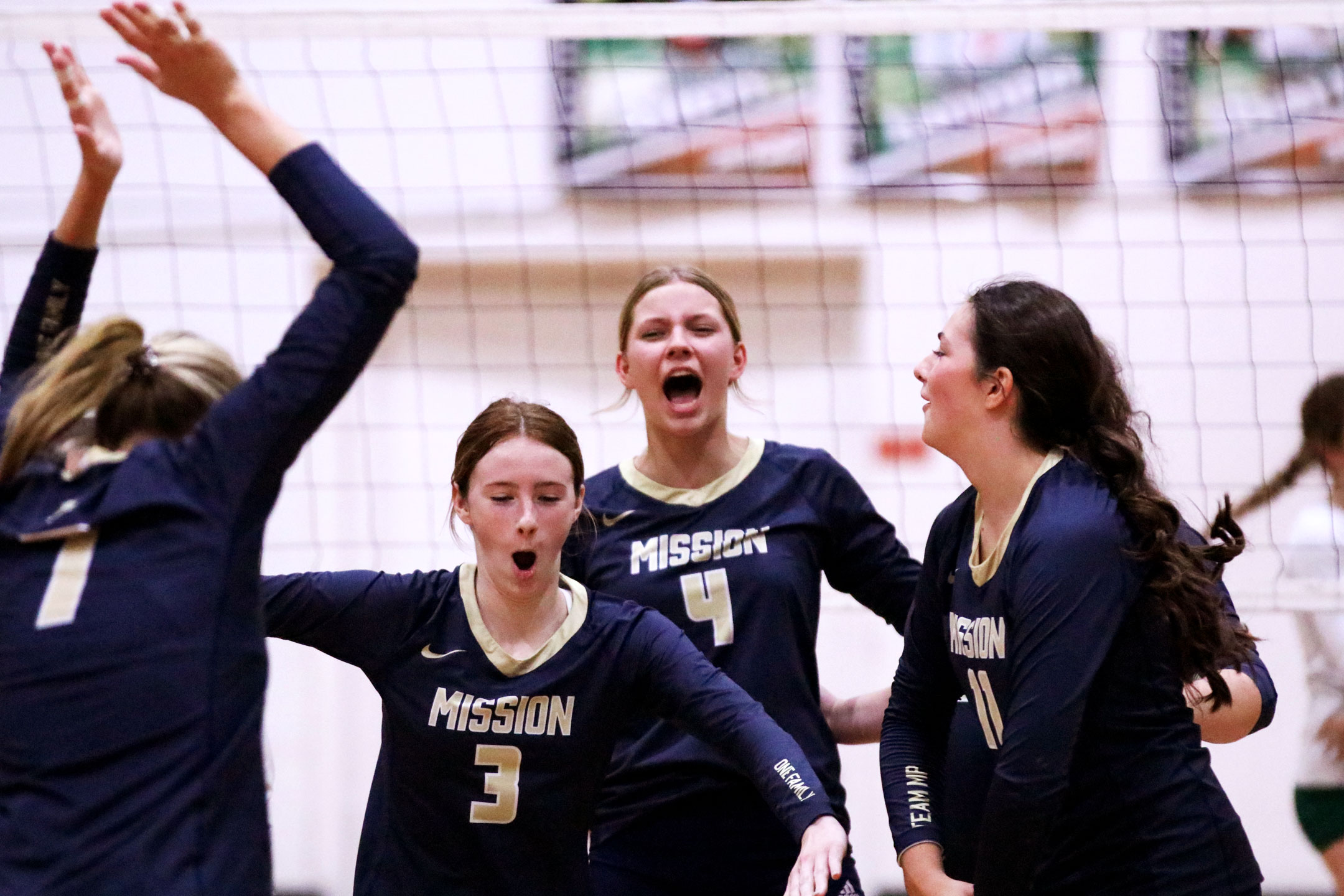