STRATHMORE – The Strathmore Spartans boys water polo team came back from behind to beat the Reedley Pirates 12-6 after being down 3-4 at the end of the first half.

The Spartans were down 4-3 at halftime and by the end of the third quarter were up 10-4. Their star player, sophomore Canyon Johnson was removed during the first quarter due to two fouls and was allowed to re-enter the game after halftime. Johnson is only a sophomore, but is a key player for the Spartans and the Pirates came into the game with a plan to stop him specifically. While they were able to do that in the first half, they couldn’t pull it off in the second.

“As soon as we were able to put [Johnson] back in for the third quarter we started firing on all cylinders,” Strathmore head coach Tim Stadtherr said. “Everybody got involved, everybody started going. It was like a completely different team.”

Johnson exited the game after a foul was called against him in the first quarter and the Spartans slowed down without him. The stands were packed with parents and friends for senior night and cries of frustration filled the pool as the team faltered without Johnson.

The Pirates defense were able to hold the Spartans to only three points in the first half, while the offense got four goals for themselves. The Spartans seemed to be swimming through Jell-O. They struggled to get back for defense and when they were on offense, the Pirates easily took the ball back. 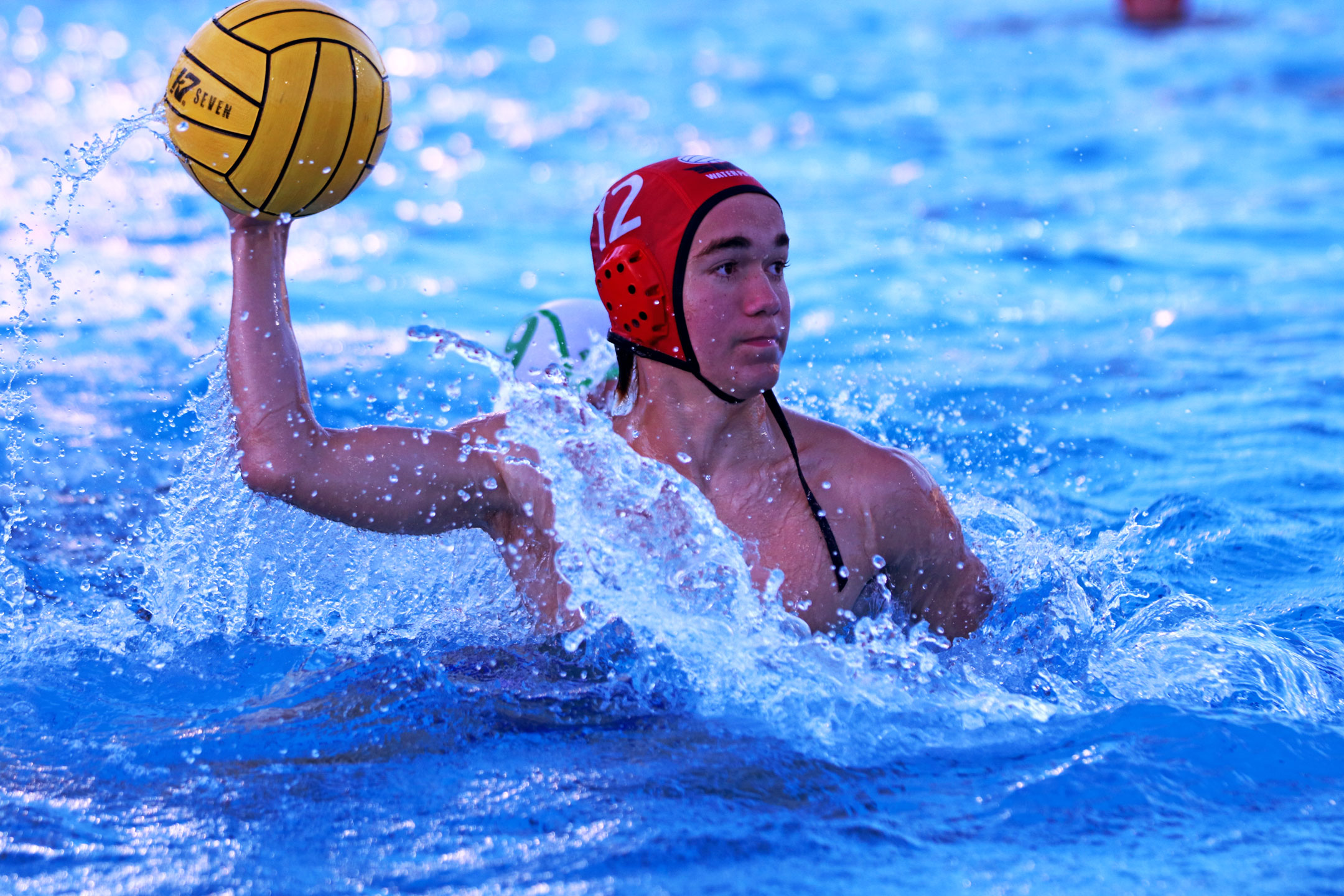 Strathmore's Luke Suorsa rises out of the water to take a shot at the Reedley goal during a comeback victory. Photo by Claire Livingston

Reedley also came in with the strategy of containing Spartan senior Cyrus Hill, who is strong on both offense and defense. They tried to keep the ball away from Hill as much as possible by double teaming him, which was easier to execute without Johnson in the game. But once Johnson re-entered the pool, that ship was sunk.

In the second half, Johnson and Hill were beating the Pirates defense down the pool and easily setting up shots between them. With those two in the game and the entire team energized again, the Spartans’ defense didn’t allow the Pirates to make a single shot in the third quarter while simultaneously scoring seven goals themselves to pull ahead 10-4.

In the fourth quarter, the Pirates continued to play full-press water polo, but the Spartans decided to celebrate senior night with some fun. With a minute left, senior goalie Ben Watson came out of the net and made his way down the pool to play on offense. He wasn’t able to make a goalie goal, but it was a fun attempt for the senior in his last regular season game at home.

“ I appreciate all of our seniors and all the four years they’ve been with us,” Stadtherr said. “Cyrus Hill, he’s just a beast down below and Ben Watson is a wall in the goal.”

All of the seniors were able to get playing time during the game and make some shots at their home pool one last time. They were honored in a ceremony with the seniors from the girls’ team before the girls teams played. 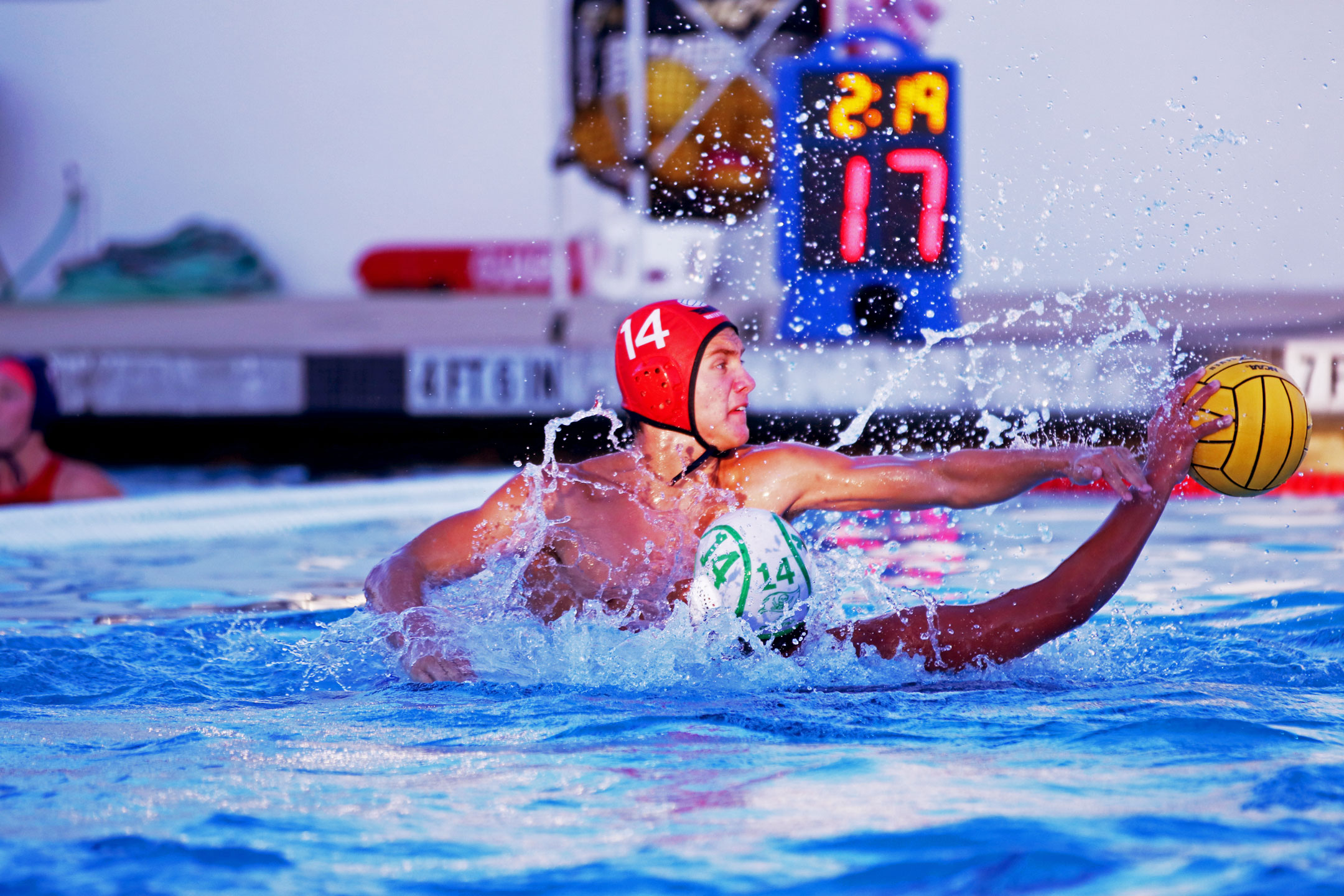 Max Wilson lunge for the ball against the Reedley Pirates in Strathmore. Photo by Claire Livingston

Strathmore is second in the Tri-County League behind Kingsburg High School with a league record of 13-2. They have previously been in the Division II playoffs but Stadtherr is hoping the team will be bumped up to Division III this year. Their final regular season game will be at Granite Hills on Oct. 27.

Reedley is ranked fifth in the Tri-County League with a league record of 7-8. They will play a non-league game at Yosemite on Oct. 26 before playing their final home game and celebrating their own senior night against Kerman on Oct. 27. According to Bunch, both should be easy wins for the Pirates and a solid end to their season.