VISALIA – Despite wind, rain and technical difficulties, the Redwood Rangers defeated the Tulare Union Tribe 17-7 to advance to the second round of girls’ water polo playoffs.

The Rangers were dominant from the first possession, scoring three goals early in the first quarter to put them up. Their defense did not allow the Tribe offense to get set up and shut them out completely in the first quarter. Even though it began pouring rain and gusting wind in the second quarter, the Rangers didn’t let the weather or a broken scoreboard stop them from beating their opponents 17-7.

“They played good except that it’s pouring rain and windy,” Redwood head coach Lily Gledhill said. “It had a bit of an effect on them but they played great defense.”

The Rangers’ defense was strong from the first quarter and stayed strong throughout. In the first quarter, they did not allow the Union offense to set up for a shot before taking the ball back and going back on offense. Senior Hannah Kempf was key on defense while also making excellent outside shots on offense.

Her teammate, sophomore Emelia Rasner, had a great game on offense. She played aggressively on offense, having little trouble getting around the Union defenders and sending the ball past the goalie’s outstretched hands. 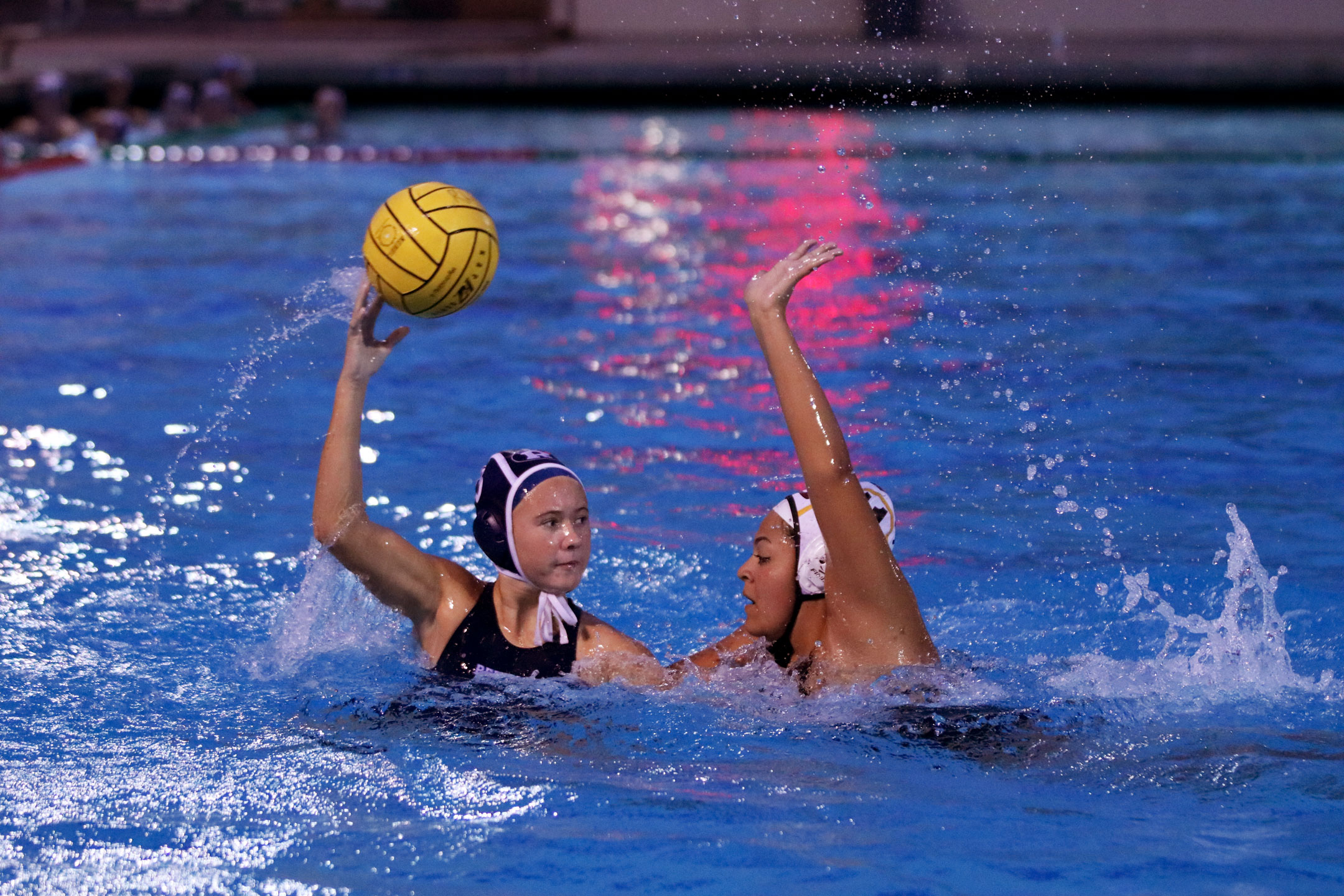 Redwood's Mikael Gonzales creates some distance from defenders to take a shot during a 17-7 playoff win against the Tribe. Photo by Claire Livingston

The Rangers were up 9-3 when the wind and rain picked up. It was pouring rain and the wind was blowing towards the south goal, occupied by Tulare Union in the first half. Just before halftime, the wind was so strong it blew the goal over Redwood’s goalie and the game had to be paused so it could be reset. When the teams switched goals at halftime, suddenly Redwood’s goalie, sophomore Amelia Crockett, was faced with the wind and rain directly in her face.

“I definitely think it made it harder for her a little bit in terms of trying to focus,” Gledhill said. “Especially when the cage is falling over, but it is what it is.”

Crockett was unlucky in the second half as the goal behind her fell over backwards a few times and her teammates on the bench had to come in and help her reset it again. It was so chilly, the players on the bench stayed in the water in the warmup lanes to keep warm, so they were not far off when they needed to help. 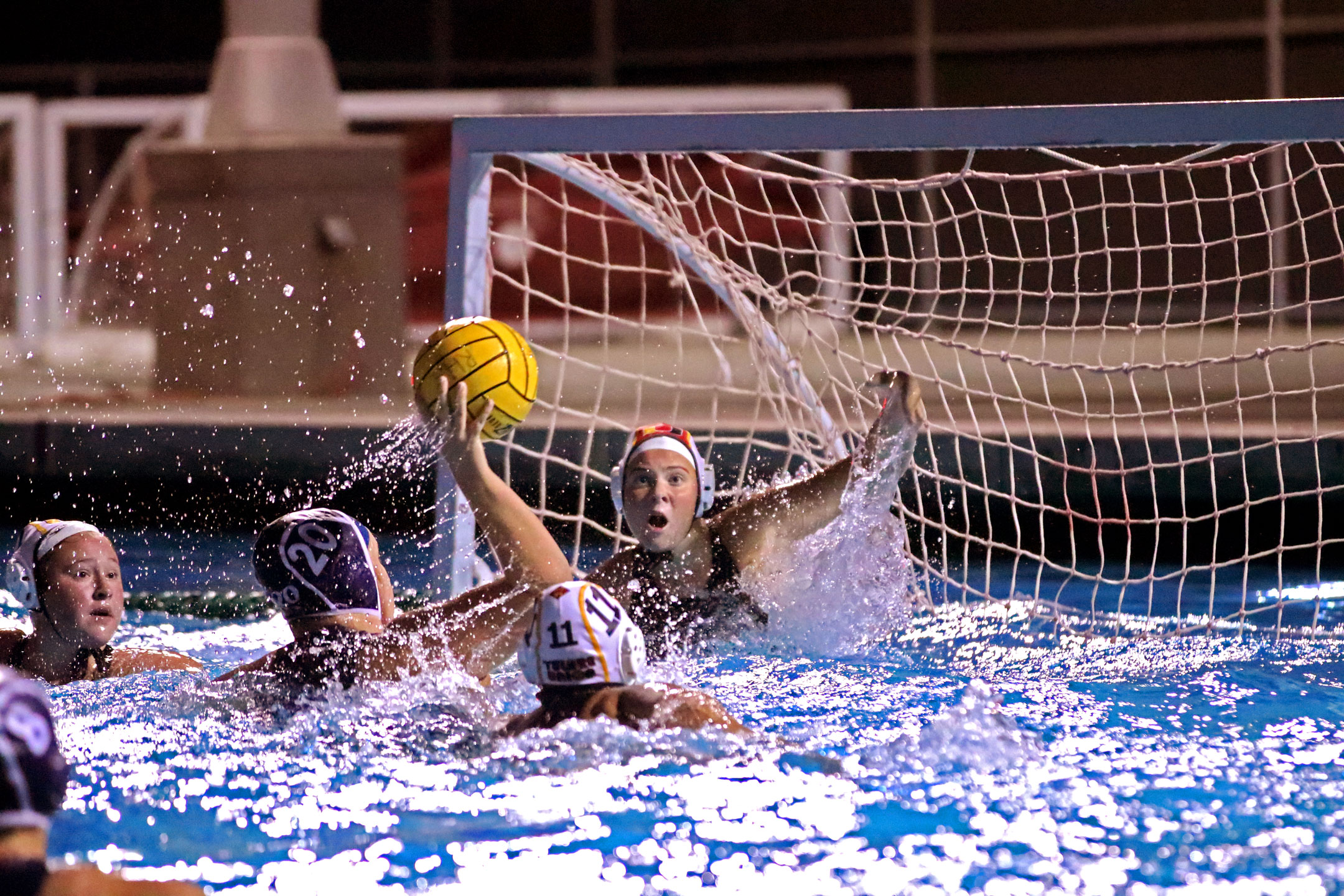 Riley Yagle puts a shot on goal against the Tulare Union Tribe on Tuesday, Nov. 1.Photo by Claire Livingston

At the end of the third quarter, the scorekeepers suffered from a major setback. The control panel for the scoreboard got so wet that it stopped working and the clock, shot clock and scoreboard were frozen. For the entire fourth quarter, one of the scorekeepers kept time on his phone and audibly counted down the shot clock, with the referees whistling to let the players know when the ball had to change hands.

“Coldest and windiest game by far,” Tulare Union head coach Ivan Arce said. “Every time our goalie tried throwing the ball it’d blow over a couple feet to the left or the right. The weather definitely made things more difficult.”

With single elimination playoffs, this is the end of the season for the Tribe, but according to Arce it has been one of the best seasons he’s had as a coach for this team. They won 16 games, which is the most wins he’s ever had with a team.

“We did better than expected,” Arce said. “I’m very proud as a coach.

While the Tribe are out, the Rangers will move ahead to the next round of playoffs. The Reedley Pirates knocked the El Diamante Miners out of the bracket and Redwood will face them at another neutral site to be determined on Nov. 3.

“We’re definitely continuing to work on our man ups and our outside shooting,” Gledhill said.

Redwood is the number three seed in the CIF Central Section Division II bracket. They finished first in the East Yosemite League with a league record of 9-1 and only five losses overall.