TULARE – The Tulare Western Mustangs held the Exeter Monarchs to only two goals in a highly defensive first playoff game to move on to the next round against Madera.

The Mustangs’ defense came out strong against the Monarchs, barely letting them get set up on offense and only allowing two goals, both of which were in the first half. By halftime, the Mustangs had a comfortable lead and only padded it with a few more goals as the clock ticked down.

“We made good adjustments because as the game went on, we started having to find their players because we knew nothing about Exeter,” Tulare Western head coach David Hodge said. “So we just have to find out where our matchups are best and get it all set up so that we play our style defense and everybody’s doing their job.” 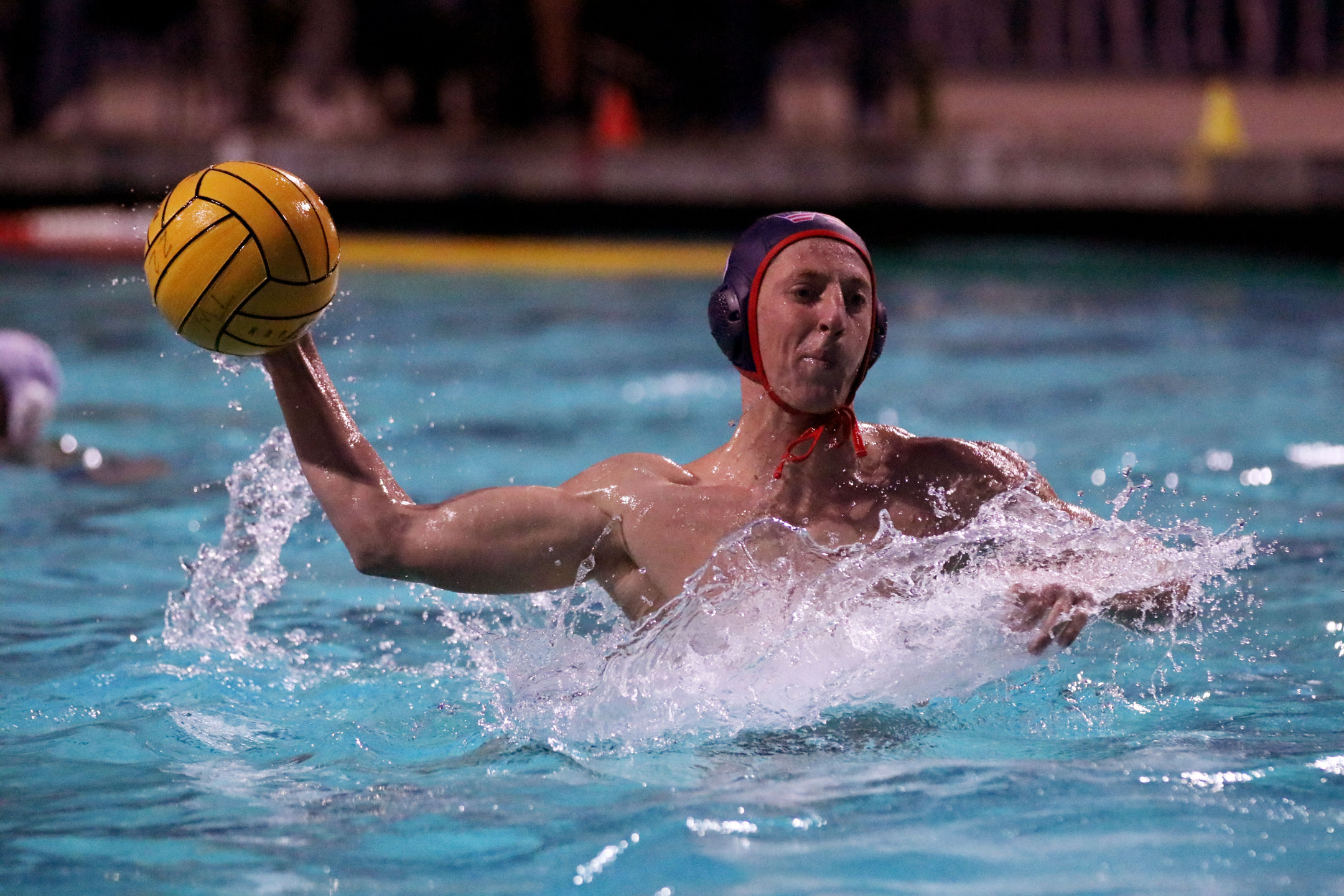 Mustang senior Jonathan Callison took three penalty shots against the Monarch goalie Maddox Morales, and made all three shots. The Mustangs were able to get ahead with penalty shots in first quarter, leading them to their 11-2 win. Photo by Claire Livingston

The Mustangs quickly got ahead with a few penalty shots and a goal that put them up 4-1 in the first quarter. In a highly defensive and very aggressive game, the Mustangs were able to use penalty shots to their advantage. Exeter’s goalie, Maddox Morales, is the only senior on the Monarchs and faced Mustang senior Jonathan Callison on all three shots. Unfortunately for Morales, Callison made all three.

Exeter only managed two goals in the first half, one in each quarter, and after that were unable to get a good shot. The Mustangs’ defense had read the Exeter offense and adapted accordingly, preventing the Monarchs from setting up a good offense and getting a shot off.

“We have a good water polo IQ so as long as we keep doing that we’ll make adjustments as the game goes on and be ready for pretty much anything,” Hodge said. “We’ve seen such a variety throughout the season that we know how to make adjustments to stuff.” 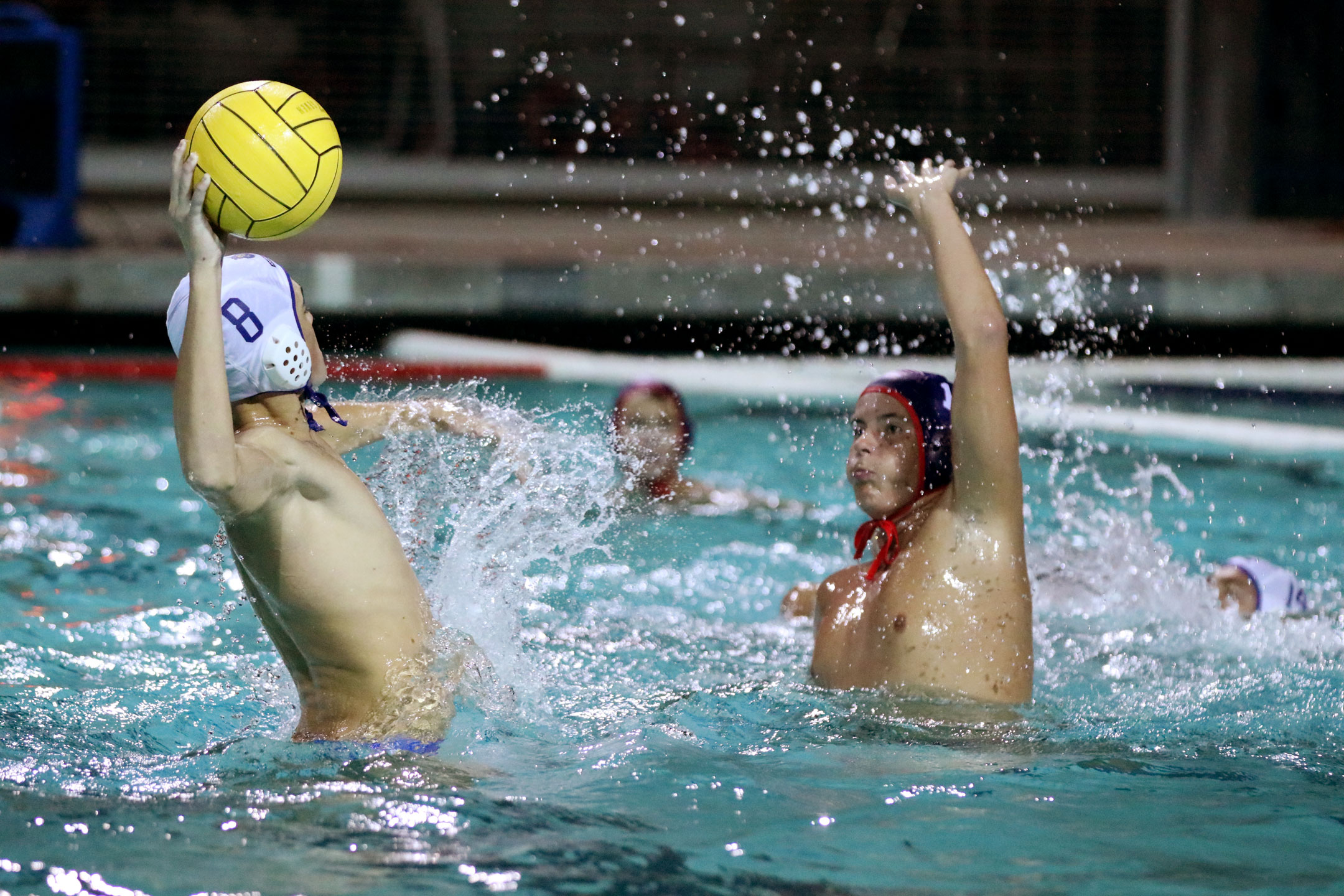 Monarch Ethan Jeter takes a shot over Mustang player. The Monarchs are a new team and with experience under their belt, they look forward to next year. Photo by Claire Livingston

The Tulare Western boys water polo team came into the playoffs off of the first league win in school history. Tying with Tulare Union and Lemoore for the top spot in the West Yosemite League, the Mustangs were prepared and ready for playoffs. They will face the number one seed, Madera High School, on Nov. 5 at 11 a.m.

The Exeter Monarchs boys water polo team had a massive improvement this season over last season. In 2021 they only won one game. This year, they won 13 games. Due to the pandemic, many of the players on varsity are only in their second year playing water polo, but the team is steadily rebuilding.

“We’ve got a lot more to us this year, and we’re just gonna keep building and adding on,” Exeter head coach Christopher Goodwin said.

With only one senior graduating and now the experience of a playoff game under their belts, the Monarchs are looking forward to the next season. They’ll have an entire offseason to keep preparing and go even further next year.